If we do actually hear from an alien civilisation, should we send a message back or stay silent? 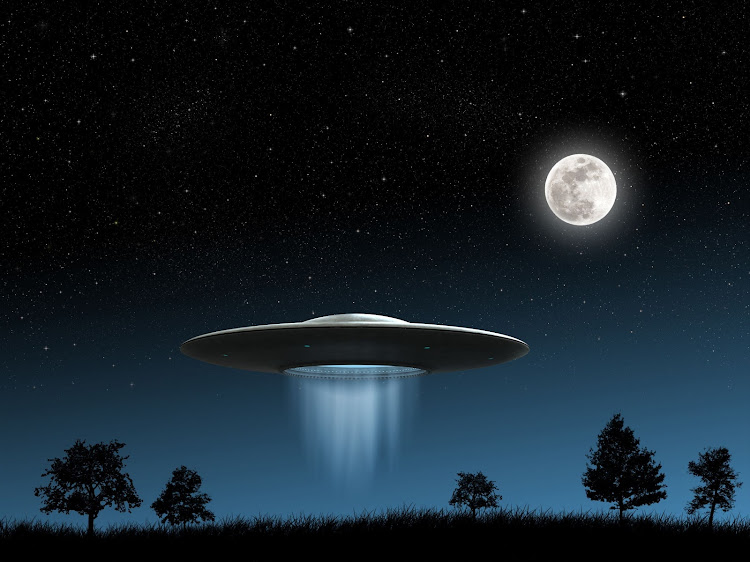 If humanity ever receives authentic signals from an alien civilisation, should it respond? The question is not too preposterous to consider.

The US government is expected to soon publish a report revealing what several of its entities, including the Central Intelligence Agency, know about “unexplained aerial phenomena” — that is, UFO sightings made over several decades by military personnel and others.

If alien civilisations exist, the chances we’ll make contact, however small, are probably growing faster than ever before, given advances in our ability to study planets orbiting other star systems, and to search with telescopes for signals indicating intelligent life. So far, nearly every such signal detected — mostly by research supported by the SETI Institute in California — has eventually been traced back to our own satellites or interference coming from other human activity. But one day — next week, in a century, maybe longer — that may change.

If we do actually hear from an alien civilisation, should we send a message back? Stay silent? This issue has stirred argument among scientists, as any other civilisation would most likely be far more advanced than our own. Some scientists urge sending out signals to initiate contact now; others think that’s far too risky. But this really shouldn’t be a decision for scientists alone — the entire world should be involved.

If life isn’t an exceptional event seen only on Earth but a natural occurrence throughout the universe, then it is truly puzzling why we haven’t yet seen signs of alien life. As physicist Enrico Fermi pointed out in 1950, even if life arises only rarely on habitable planets, there are so many stars in our galaxy that many other civilisations, some millions of years older than our own, should have colonised our entire galaxy by now. Why haven’t we seen them — or heard from them?

If life isn’t an exceptional event seen only on Earth but a natural occurrence throughout the universe, then it is truly puzzling why we haven’t yet seen signs of alien life.

Over the past 70 years, people have proposed dozens of possible answers to this puzzle, known as the Fermi paradox. Maybe the aliens are already here, disguised in some form, or maybe we are seeing them in the occasional UFO but they’re letting us get used to them slowly, worried that the shock of full contact could trigger societal meltdown. More ominously, perhaps alien civilisations have learned to keep well hidden having witnessed that any one that exposes itself has immediately been annihilated by some super-advanced and predatory group.

Meanwhile, scientists have not stopped searching for alien signals. SETI researchers look for signals that seem to have no natural origin, such as radio waves of precise frequency. So far, after some 60 years, they’ve found nothing. And this failure has some scientists pushing for a more active approach known as METI, or Messaging Extraterrestrial Intelligence. The idea is that if passive listening isn’t working, we should send powerful signals towards target stars we think might harbour life to see if we get a response.

To many scientists, this seems deeply risky. Stephen Hawking noted that in human history, more technologically advanced cultures have tended to enslave or massacre other, less-advanced cultures. Would it be any different with humans facing a far more advanced group of aliens?

But the METI supporters deserve to be heard. They argue, for example, that highly advanced civilisations probably already know about us from the radio and television emissions we’ve been generating for the past century. So sending out signals poses no further risk. Also, avoiding the risks of making contact means accepting other risks — for example, we could miss out on invaluable guidance from a more advanced civilisation that could help us make our planet sustainable.

Given that we know almost nothing about any possible alien civilisation, all of this remains highly speculative. But actually sending out powerful signals towards other worlds would be a definitive, irreversible act, potentially affecting the future of everyone on Earth.

For this reason, some scientists say it’s time to think about developing laws or international treaties to regulate such activity, so no-one party — a rogue nation or eccentric billionaire — can take the future of the planet into their own hands. Such thinking is easy to dismiss, but it shouldn’t be. The US effort to be more open about what we know about alien-related matters may help to get more people thinking seriously about it.

In 2020, SETI researchers did discover an interesting narrowband signal, which subsequent study has not yet managed to connect to any natural process or human activity. It remains a candidate signal, although researchers believe that it’s 99.9% likely that further study will eventually identify some human technology behind it.

Mark Buchanan, a physicist and science writer, is the author of the book Forecast: What Physics, Meteorology and the Natural Sciences Can Teach Us About Economics.

Bidding for a seat to accompany Amazon CEO on an 11-minute trip to suborbital space has reached $3.5m
Life
3 days ago

The Blue Origin spacecraft, which is set to carry Bezos and others, has undergone 15 test flights, none of which had any passengers onboard.
World
5 days ago

The space venture founded by Amazon.com billionaire Jeff Bezos is publicly auctioning off a seat
Life
2 weeks ago
Next Article

Wanted Online: Here’s how to transport yourself to summer right now

Wanted Online: Here’s how to transport yourself to summer right now