A lot of the company’s success rides on remote work continuing after the pandemic, which will boost long-term stays 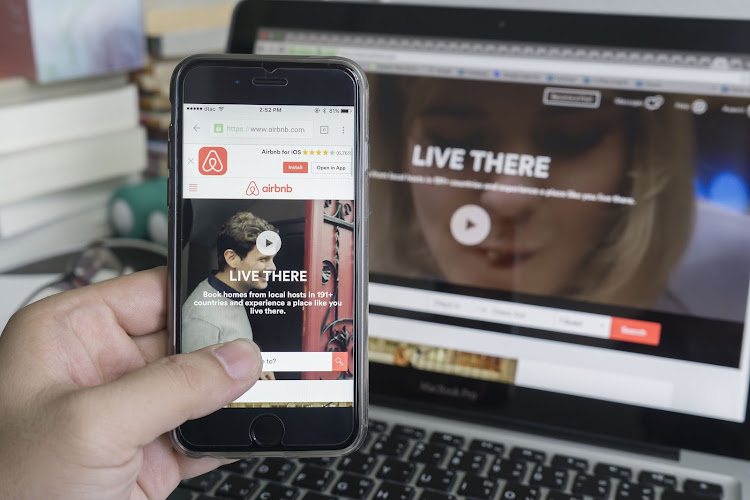 Covid-19 has sparked “the most profound change in travel since the plane,” says Brian Chesky, CEO and co-founder of Airbnb. Speaking over Zoom shortly after presenting a site revamp consisting of 100 (mostly granular) improvements, Chesky detailed his vision of just what he means by that.

The crux of the change, he says, is that “the lines between travel, work and living are blurring.” It’s something he’s been saying for months, though now — with the dust settling — it’s a bit clearer what it means.

Working from home has spurred flexibility in terms of where and how people live or how long they stay in one place. “When you’re going somewhere for 28 or more days, you’re probably no longer travelling,” he says. “At this point, 24% of our business is really living — we’re not just a travel company any more.”

The trend towards long-term stays is reshaping Airbnb’s business. A far cry from the company’s origin story of couch surfing for a business convention, it’s the cornerstone of the new digital nomad lifestyle: winter months in Miami and Aspen, complemented by summer stints in New York, San Francisco, or the Hamptons in Long Island. While that lifestyle existed before the pandemic, it wasn’t for the masses.

“You used to have to be wealthy to live somewhere else for the summer, but people can defer the costs now by renting [their primary home] on Airbnb when they’re gone — it could even become a cash-neutral possibility now,” he says, foreshadowing a world in which Airbnb replaces local marketplaces for seasonal real estate.

That Chesky sees opportunity for Airbnb in the wake of the pandemic is no surprise. The company, which rebounded for a strong summer in 2020 after the initial shock of Covid-19 wiped away 80% of its business, has come out of the past 16 months in better shape than most travel businesses. Its valuation passed the $100bn threshold and shattered expectations immediately after its long-awaited initial public offering in December, and though it peaked at $219 per share in February, the present $134 stock price reflects a $10 dip from that initial spike.

That advantage is fading, though, as the rest of the world starts to find its post-pandemic footing. Whereas private home rentals offered an environment with privacy and controls for social distancing in 2020, a May 25 report on summer travel from Deloitte shows that the desire for hospitality has come back as about 85% of US travellers are opting for hotels. With schools returning to full capacity in the fall, it also remains to be seen whether the flexibility extended by large corporations — on which Chesky’s predictions hang — will continue to exist past 2021.

In the first quarter of 2021, Airbnb reported that average nightly rates had climbed 35% year on year. The figure, said Chesky during an earnings call, related to the popularity of large suburban homes for American family reunions. That number may flatten out as more affordable markets across the globe reopen to tourism, and as newly vaccinated travellers regain the confidence to explore urban markets. But it may also signal a fresh wave of tensions between Airbnb and local residents in places where the company drives second-home ownership and removes residential housing stock from the market.

If related legality hurdles in global capitals had been the banner issue for Airbnb leading up to 2020, Chesky says that “the pandemic was a reset for us with cities, in a good way.” The company has signed agreements with more than 100 countries, cities, and municipalities, including the Scottish Tourism Alliance and Travel Portland, all intended to help bolster visitation.

Governments are now “reaching out because they want support from us,” he says. “They are seeing huge shortfalls in tourism,” which, he adds, is “wind to our back.”

It’s a two-sided coin. In other parts of the world, governments are rethinking their tourism management plans, with concerns that the travel industry needs to correct unsustainable practices that existed before the pandemic. Among those recently proposing to tighten restrictions on Airbnb have been the prime minister of Ireland, the New York City Council, and the city of Paris, whose latest move was to adopt quotas for the number of online apartment rentals throughout the city.

Chesky sees two answers to these restrictions. One is winning over your enemies, which he says is among the drivers of Airbnb’s latest enhancements, which include new features in the City Portal compliance tool that highlights regulatory policies and relays data back to cities.

Another is “redistributing travel” beyond these metropolitan hubs, a trend that kicked off during the pandemic. Highlighting lesser-visited places is the goal of the new “Flexible Destinations” search, which pulls up unique accommodations such as tree houses and yurts. “People aren’t going to the same 20 to 30 places any more,” Chesky says.

A long-haul vision for remote work

A lot of Airbnb’s success rides on remote work continuing after the pandemic as the company looks beyond the traditional idea of leisure and business travel for its future, according to Chesky.

New features such as Flexible Dates, which helps users find availability in popular homes on alternate dates, are predicated on the continuation of working from home. So is Airbnb’s new focus on relocation assistance. Since early May, the company has been helping customers “try on” a new hometown before committing to it; to do so, it has partnered with corporate-relocation companies in nine cities around the US to offer discounts on home rentals.

So what if work from home life doesn’t pan out? Give it two to three years, Chesky says. “Companies being strict today [about working from the office] may not be in the future. Eventually, they’re going to have young, digitally native managers that don’t want those old limitations of legacy workplaces, and they’ll need to shift to retain talent.”

Conversely, fully remote companies “will want to come together for key moments,” he adds, saying that this will define “business travel 2.0—where employees working remotely will come back to HQ for a week at a time for the busy financial planning season or whatnot.”

Chesky is not alone in predicting this. Evan Konwiser, executive vice-president of product and strategy for American Express Global Business Travel, told Bloomberg the same thing in March.

“The days of getting on a plane for a meeting are gone,” says Chesky. In their place, he says, is “an opportunity for long-term stays for us.” Ultimately, he’s bullish: “Companies aren’t going to determine this, employees will.”

Lockdown easing has pushed the travel door open by a crack, but be prepared for more than a few Covid-19 tests
Life
4 weeks ago

GETAWAYS: Joburg’s staycation on the hill

The Empire strikes back with new digital studio for hybrid events

The Empire strikes back with new digital studio for hybrid events