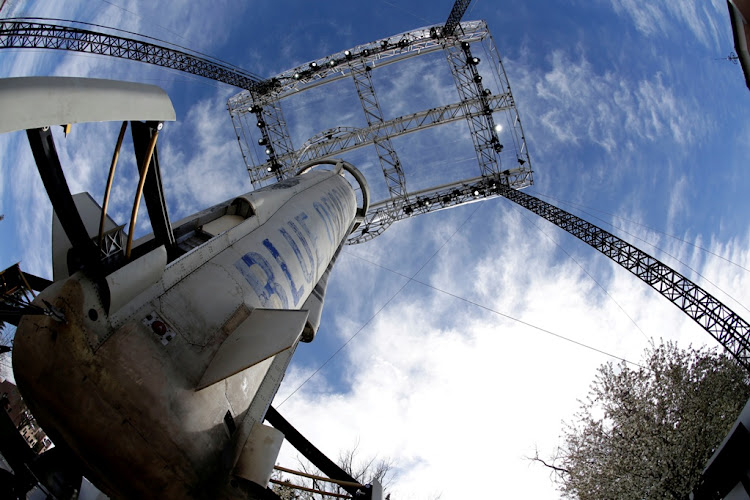 Astronaut Alan Shepard trained for two years to become the first American to go into space in 1961. Sixty years later, a deep-pocketed civilian will journey towards the stars after just a two-day warm-up.

Blue Origin, the space venture founded by Amazon.com’s billionaire founder, Jeff Bezos, is publicly auctioning off a seat on its first crewed flight, scheduled for July 20.

The high bid stood at $2.8m at the time of publication. There have been more than 5,200 bidders from 136 different countries, the company says. Bidding will end with a live auction on June 12.

Within just more than a month, the winning bidder will take an 11-minute trip just beyond the boundaries of Earth’s atmosphere — to about 105km above sea level — in a six-passenger capsule propelled by Blue Origin’s reusable rocket.

At the flight’s highest point, passengers will be able to unbuckle and float around in zero gravity for about three minutes, taking in the view through what Blue Origin says are the largest windows yet to leave the planet.

“They’ll get that spectacular view of space and of Earth,” says Ariane Cornell, director of astronaut and orbital sales for Origin Blue. “They might have time for a couple of somersaults before they buckle back in.”

A parachute-cushioned ride will bring the capsule in for a landing in the West Texas desert.

Aside from the flight experience, the auction includes two days of training at Blue Origin’s launch site in the Guadalupe Mountains, about two hours from El Paso. There, the winner will get familiar with the launch team and the rest of the as-yet-unidentified crew and will learn how to enter and exit the capsule and go through some emergency procedures, Cornell says. They’ll board the New Shepard 30 minutes before launch.

The process was designed to be as simple and accessible as possible, Cornell says. “We want it to become much like flying on a commercial airline today,” she says.

“Obviously, we’re going to do more for our customers, because it is a rocket. But we don’t want the whole experience to be so strenuous that you limit it to a small portion of the population.”

The capsule is roomy and spare, without the arrays of switches and gauges that movies have conditioned us to expect on spacecraft. The vehicle is autonomous, so there is no pilot or attendant equipment on board — just six passengers, all with their own windows onto the cosmos and personal screens for in-flight updates rather than HBO-on-demand.

The rocket will detach from the capsule about three minutes into the flight, steering back to its own landing pad. An escape motor built into the capsule should fire up if any issues are detected with the rocket, Cornell says. It has been tested on the launch pad, at the peak of dynamic pressure in flight (known as max q), and at the highest altitude where it would be needed.

The most recent tourist to go into space was Canadian billionaire artist Guy Laliberté, who in 2009 travelled to the International Space Station on Russian spacecraft Soyuz.

Blue Origin’s flight will end the 12-year dry spell, but isn’t the only one planned for this year. 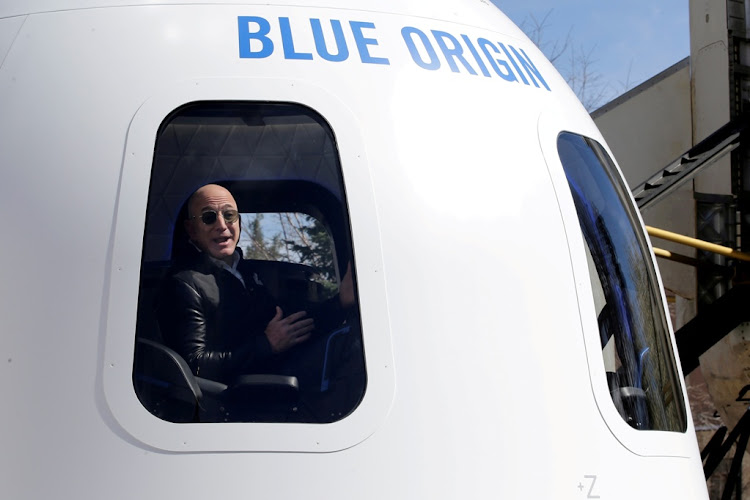 In fact, 2021 has been shaping up as a big year for civilian space travel. In January it was revealed that three wealthy businesspeople had each paid $55m to travel to the International Space Station on one of Elon Musk’s SpaceX craft; they are to spend eight days at the station before returning home.

Soon after, Jared Isaacman, the billionaire founder of Shift4 Payments, announced he would give away three seats on a SpaceX flight he had paid for. One was raffled off in a sweepstakes to benefit St Jude Children’s Research Hospital in Memphis, raising about $13m.

Richard Branson, founder of Virgin Galactic, is planning to fly on one of his vehicles in the next few months; the company will also resume ticket sales, which were suspended after a test pilot died in a 2014 crash. The company had already sold about 600 seats at up to $250,000 each.

Blue Origin’s auction started on May 5 with closed bidding. For the first round there was no minimum, Cornell says. “We wanted to get as many people engaged in this as possible.”

The second round will continue from now until June 10. Anyone can register to bid by placing a $10,000 deposit and then being vetted over the telephone by Blue Origin’s auction company. The final auction will take place online, starting at 1pm on June 12.

The three-stage process will effectively serve as lead generation for Blue Origin, which has announced that it will launch a number of additional crewed flights by the end of 2021.

“We have not announced how, when, or for how much we will be selling those tickets,” Cornell says. “That said, the people that participate in the auction — the most competitive — are going to be on our radar. We’re going to be calling those people to give them access to those early seats.”

Proceeds from the auction will go to Club for the Future, Blue Origin’s foundation, which aims to inspire future generations to pursue science, technology, engineering and maths careers.

The foundation’s flagship initiative will be to let people send postcards into space via the New Shepard.

Bloomberg News.
For more stories like this visit bloomberg.com.

CEO fears that unless SpaceX ups its progress, he will be dead by the time it reaches the planet
Life
1 year ago

Despite the Covid-19 pandemic, demand for extravagantly high-end yachts from the world’s richest people has outstripped supply
Life
1 month ago
Next Article