Lockdown easing has pushed the travel door open by a crack, but be prepared for more than a few Covid-19 tests 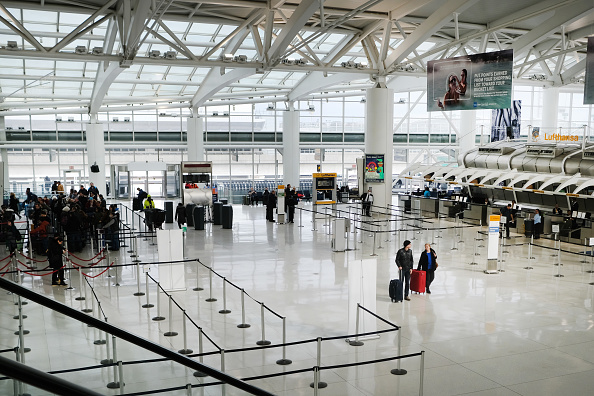 When a family reunion coincided with the resumption of leisure travel from the UK after months of lockdown, I took the plunge.

After almost two years without seeing loved ones, the prospect of quarantine and costly Covid tests didn’t faze me. I booked a flight from London Heathrow to New York’s John F Kennedy airport for May 17, the first day it was legal to fly again.

The US didn’t make the UK’s quarantine-free “green list”, but was instead coded amber, meaning I’d need negative rapid Covid tests before each flight and two negative PCR tests during a 10-day quarantine on my return. Suggestions of long wait times at the UK border on my return didn’t put me off either — I was determined.

Even with British Airways (BA) offering discounts at trusted providers I spent about £200 on the tests. The fact that I’m fully vaccinated and tested weekly for work counted for nothing.

Days before the trip, BA’s handy preflight e-mail unfortunately served up a heavy dose of misinformation, telling me that leisure travel from the UK was still illegal, even though my flight was on May 17. It also said I’d have to self isolate in the US for seven days and take a Covid test three to five days after arrival. In fact there is now no mandatory testing or self-isolation required in New York upon arrival.

The fact that I’m fully vaccinated and tested weekly for work counted for nothing.

The e-mail pushed me to download an app called VeriFLY, which would allow me to load my travel documents and test results to speed up check-in. It initially only worked for flights within four days or fewer. Mine was five days away.

Undaunted, I ordered two preflight tests at £33 each, which arrived by mail the next day. Two days before the flight, I self-administered the test by video call. I swirled the swab across my tonsils and then jammed it up both nostrils under the watchful eye of a technician. After a year of lockdowns, this was a particularly uncomfortable Zoom call.

My result was negative and, as promised, a fit-to-fly certificate was available online within an hour. I printed a backup copy as I waited for a green check mark on VeriFLY. It eventually appeared, but not until two hours after I had already checked in.

The 15-minute Heathrow Express train from central London was virtually empty, with Britons mainly heeding their government’s mixed messaging: Travel to amber countries is now legal but frowned upon as a coronavirus variant first detected in India spreads quickly in England.

I decided not to take chances, and arrived four hours early at an eerily empty Heathrow Terminal 5. In the end, my test result printout served me perfectly well, and it took less than half an hour to check in, clear security and arrive at BA’s socially distanced lounge, ready to order food by scanning a QR code.

Clearly people were not rushing to take advantage of the easing of travel rules. The flight was probably less than a third full and I had a three-seat row to myself. We landed about half an hour early.

In New York, even though there were only two agents servicing American citizens, I swept through immigration in about 15 minutes. For anyone accustomed to waiting in that line at JFK, you’ll know just how exceptional that is.

Another 15 minutes later I had my luggage and was outside in front of Terminal 7, where just a handful of cabs were lined up, hoping to get lucky.

So, lockdown easing has pushed the travel door open by a crack. It’s a small reminder of a time when travellers didn’t stress over a deadly pandemic, but over more mundane things like flight delays and lost luggage.