Despite the Covid-19 pandemic, demand for extravagantly high-end yachts from the world’s richest people has outstripped supply 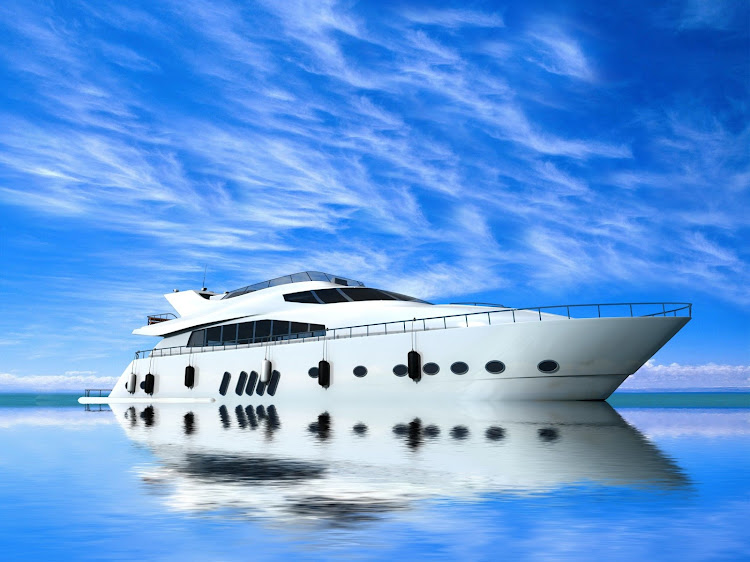 Even in the ostentatious world of superyachts, project Y721 stands out.

When completed, it will be 127m long, span several decks and sport three enormous masts, according to the scant information available on the website of its manufacturer and various online bulletin boards of yachting enthusiasts. That will make it one of the largest sailing yachts ever built in the Netherlands, the unofficial capital of boat building for the extremely rich.

Or in this case, for the richest of the rich: Jeff Bezos, Amazon.com’s founder and the wealthiest person on the planet, owns the boat, which is set to move to a new shipyard for completion next month, according to people familiar with the billionaire’s pet project. A spokesperson for Oceanco, the Dutch yachtmaker responsible for the ship, declined to comment.

Bezos’s superyacht, which is likely to cost upwards of $500m to build and have its own support yacht with a helipad, is the latest accessory — along with the Washington Post, the movies, the tabloid scandal — heralding the Amazon mogul’s transformation from geeky technologist to globe-trotting megabillionaire. It’s an indication of the enormity of a fortune that’s accrued even faster as the world has been upended by a devastating pandemic.

It’s also a testament to a fiercely secretive industry that by all accounts has thrived as a direct result of Covid-19, and a stark embodiment of the widening chasm between the fortunes of the super-rich and almost everyone else over the past 14 months.

Steven Spielberg also has a new yacht on order, according to three people familiar with the director’s plans, who weren’t authorised to speak publicly about it. His current yacht was recently listed for sale for €131m. A spokesperson for Spielberg declined to comment.

Clients can enjoy life at sea for long periods of time without having to go mix with others.

“The market’s been roaring,” said Sam Tucker, head of superyacht research at London-based VesselsValue. The number of transactions in recent quarters “was record-breaking — the second-hand market is absolutely red hot”.

If anything, demand for extravagantly high-end yachts has outstripped supply. “It’s impossible to get a slot in a new-build yard,” Tucker said. “They’re totally booked.”

The inland waterways of northern Germany, home to several highly regarded shipbuilders, are crammed with the steel hulls of future superyachts as well as existing yachts back for a spruce-up. In total, there are about 50 boats longer than 100m under construction, Tucker said.

Covid wasn’t a factor when Bezos put in his order a couple of years ago, but it has contributed to the industry’s boom. With galas cancelled and land borders closed, yachting suddenly seemed the best option for private, socially distanced leisure and a good way to escape from the prying eyes of the public that might look askance at wealthy overindulgence during difficult times.

The pandemic put new value on so-called explorer yachts, some of which can cruise for 16,700km without needing to refuel, said Aino Grapin, CEO of superyacht interiors studio Winch Design. “Clients can enjoy life at sea for long periods of time without having to go mix with others,” she said.

Wanted Online: How the super-rich seek isolation on board private jets and luxury yachts

Whether it is aboard a private jet or a luxury yacht, the lucky few are socially distancing in style
Lifestyle
8 months ago

As in any industry, yacht builders had reasons to be concerned last year when initial lockdowns froze new orders and markets plunged. But by summer the ultra-wealthy realised they hadn’t actually lost money. By many measures, 2020 was a record year. As business closures rendered millions unemployed and global GDP slumped, the world’s richest people added $1.8-trillion to their collective fortune, according to the Bloomberg billionaires index. And the orders started flowing.

“The type of wealth has changed but not the wealth itself,” said Giovanna Vitelli, vice-president of Azimut Benetti Group, which has almost three dozen superyachts in its order book. “This is the difference with 2008 when the crisis was really widespread.”

The influx has upended industry conventions. In normal times it took years for rich clients to muster the nerve to splurge on a huge boat. They’d typically start by chartering, then buy something comparatively modest — say, a 100-footer. Now they’re going right for the big stuff, brokers said.

Part of that is the lifestyle swap. Where before they’d rent out a villa for their dozens of friends and family members, now they’re hosting them on the ship. People are also buying yachts before ever stepping foot on-board, something unheard of just a year ago.

The enthusiasm among yachting neophytes for boat ownership is another indicator of the surging fortunes of the wealthy as the world tacks towards a K-shaped recovery from the pandemic. Beyond the initial purchase price, owning a superyacht is expensive, with operating costs averaging about 10% of a boat’s value, or $60m a year and up at the top end.

That won’t bother Bezos, whose fortune hovers around $200bn, according to the Bloomberg ranking. In 2019, Bezos got a taste for the yachting life, vacationing on Eos, the sailing yacht of friend Barry Diller and his wife, fashion designer Diane von Furstenberg. That same year, rumours circulated online that he had purchased a 130m motor yacht called the Flying Fox. But those reports were erroneous; Bezos’s sailing yacht will be similar to Diller’s.

One thing it won’t have, because of its enormous sails, is a helipad. So Bezos and his partner, Lauren Sanchez, a helicopter pilot, have commissioned a support yacht, people familiar with their plans said.

Amazon’s CEO, however, may want to heed the lesson learnt by fellow billionaire David Geffen on superyacht humility. The DreamWorks Animation co-founder sparked global outrage last March after posting images on Instagram of his sunset view from his superyacht, Rising Sun. “Isolated in the Grenadines avoiding the virus,” he wrote. “I’m hoping everybody is staying safe.”

Wanted Online: Cool cruising: Luxury yachts with the best onboard pools, because, well, why not?