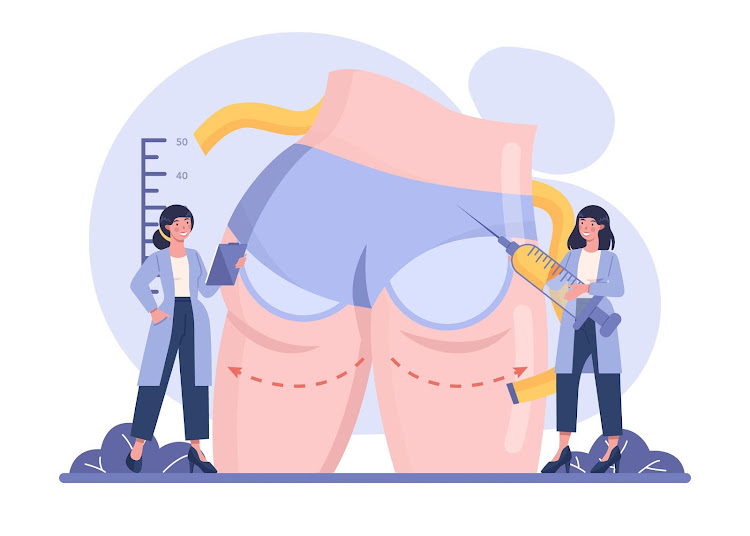 The American Society of Plastic Surgeons has released data that shows broad declines in both minimally invasive and surgical cosmetic procedures as a result of pandemic closures in 2020, though differences in how long offices were closed and regional restrictions may have influenced changes.

Botox and soft-tissue fillers remained the most popular overall. But the biggest riser was butt implants, up 22%, from 970 to 1,179. (Implants are what provide volume; a butt lift merely turns a droopy pancake butt into a toned pancake butt.)

Dermatologist Ava Shamban points to homebound stagnation — “modern-day ‘secretary spread,’ or a general flattening of the buttocks”. And let’s not forget Instagram. “Presumably, seeing the higher, tighter rounder assets on social media or any number of reality distractions, had patients researching and ultimately scheduling procedures to give their bottom line a much-needed boost,” she says.

Gary Linkov, a facial and hair plastic surgeon in New York, attributes it, in part, to regulatory measures that led to “the decline of ‘turnkey operations’ such as SmartGraft or NeoGraft, where plastic surgeons buy a machine that comes with technicians on demand”.

There was an 8% uptick in breast implant removals in 2020. According to Lisa Cassileth of Cassileth Plastic Surgery and Skincare, implants have a shelf life and will eventually fail. “The population of ageing implants is getting greater every year, so part of this is just a reflection of the boom we have had in implants over the years.”

For patients who have been contemplating implant removal for years, more downtime and remote work environments were motivating factors as well.

Devlin Brown at the water cooler: Should I use the HCG injection to lose weight?

This year has connected us deeply to our feelings about how we breathe in public. Keith Bain considers masks and how their use is an act of mindful ...
Life
8 months ago

Loneliness in the age of connectivity is no laughing matter

Lockdown has compounded feelings of isolation, and an increasing number of people are feeling anxious and depressed
Life
10 months ago
Next Article

What words say in the art world

What words say in the art world