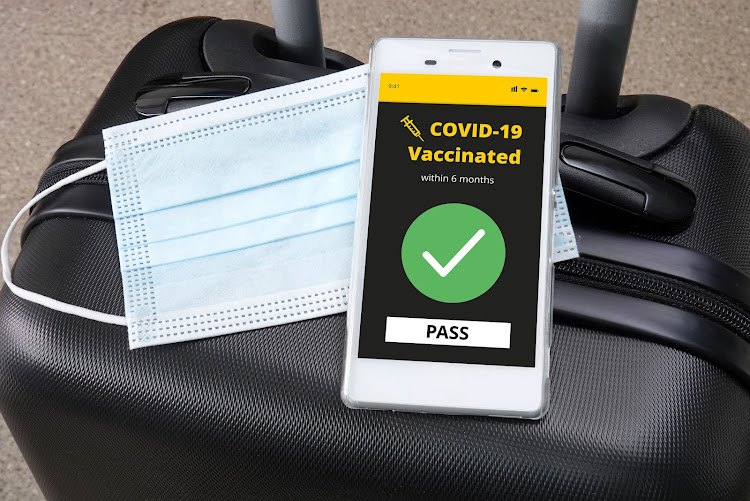 With the resumption of global travel on the horizon, some people are discovering that their choice of vaccine could determine where they’re allowed to go.

Already, the EU is planning to allow Americans vaccinated with shots approved by their drug agency to enter over the summer, European Commission president Ursula von der Leyen suggested in a New York Times interview on Sunday.

This means that those who have shots by Chinese makers such as Sinovac Biotech and Sinopharm are likely to be barred from entry for the foreseeable future, with stark consequences for global business activity and the revival of international tourism.

As inoculation efforts ramp up around the world, a patchwork of approvals across countries and regions is laying the groundwork for a global vaccine bifurcation, where the shot you get could determine which countries you can enter and work in.

For Chinese citizens who venture abroad regularly, and Western nationals wanting to pursue business opportunities in the world’s second-largest economy, a dilemma is emerging about which shot to opt for. China so far recognises only Chinese-made shots and its vaccines are not approved in the US or Western Europe.

A global division of peoples based around vaccine adoption will only exacerbate and continue the economic and political effects of the pandemic.

Hong Kong citizen Marie Cheung travels to mainland China regularly for her work with an electric-vehicle company, a routine that’s been interrupted by lengthy mandated quarantine stays since the pandemic began.

Of the two vaccine options available in the city — one from Sinovac and another developed by Pfizer and BioNTech — Cheung plans to sign up for Sinovac for easier movement in and out of the mainland. Meanwhile, her British husband will go for the Pfizer-BioNTech shot, she says, to boost his chances of visiting family in the UK.

“For people who need to work in or return to the mainland, the Chinese vaccine is the only option for them,” Cheung said. “Westerners will only choose the vaccine recognised by their home country.”

For millions of people worldwide who can’t choose which vaccines they get, the risk of more places becoming selective about which shots they recognise, especially given the vaccines’ varying efficacy rates, creates the possibility that even fully inoculated, people’s travel could still be limited, with consequences for international business activity and the tourism industry.

The EU plans to introduce vaccine passes by June, which will allow travel for those inoculated or recently recovered from Covid-19 and are thus considered immune. According to the draft of the regulation — subject to ongoing negotiations between EU governments and the European parliament — all vaccines approved by the bloc’s drugs regulator will be acceptable for travel, though EU members are “encouraged” to accept vaccines that have secured World Health Organization approval for emergency use and recognise certificates issued by non-EU nations. The final decision on which vaccines will be accepted rests on individual member states.

“A global division of peoples based around vaccine adoption will only exacerbate and continue the economic and political effects of the pandemic,” said Nicholas Thomas, associate professor in health security at the City University of Hong Kong. “It will risk the world being divided into vaccine silos based on vaccine nationalism rather than medical necessity.”

Many countries have shut their borders amid the pandemic, some allowing entry only to citizens, and even then with weeks-long quarantines after arrival. While vaccines are seen as the way to remove those entry barriers, considerable uncertainty remains over how, or if, nations will differentiate the at least 11 shots available worldwide.

Governments from China to Europe are discussing vaccine passports — easily accessible and verifiable certifications stating that an individual has been inoculated — but it’s unclear if countries will pursue universal recognition of all shots or be selective on which they choose to recognise, particularly with the rise of virus variants and questions over whether the current crop of vaccines are as effective against them.

If such passports are not implemented soon, the global travel industry will struggle as travellers will have to pay for costly PCR tests or ...
Opinion
3 weeks ago

China eased visa application requirements for foreigners who had been inoculated with Chinese shots in March, including the ability to skip Covid-19 tests or fill out travel declaration forms. The country’s home-grown vaccines are available in only some countries, such as Brazil, Pakistan and Serbia. You can’t get Sinovac or the other Chinese shots in the US.

But in a sign that Beijing may be cognisant of the economic costs of being selective on vaccines, the Chinese embassy in Washington said this week that travellers who had taken certain Western shots could still enter the country if they were departing from Dallas in Texas. State media has indicated that the Pfizer-BioNTech shot is likely to be approved midyear.

“We do think that it’s important to get a very high percentage of the community vaccinated and the best way to do that is to offer choice,” said Ker Gibbs, president of the American Chamber of Commerce in Shanghai. As a key market and source of business for companies around the world, China’s border restrictions — among the world’s strictest — have “had a major impact on our ability to conduct business,” he said.

“Just speaking with our members, mobility is a high priority for us both in terms of allowing our executives to come in and out of China, but also to have their dependants travel back to China,” Gibbs said. “That’s been a big problem.”

China isn’t the only place that’s restricting access to people with certain vaccinations. Iceland omits Chinese and Russian vaccines from the list of those it approves for entry.

The question of vaccine recognition is a key one for tourism-dependent countries, with the $9-trillion global travel industry effectively paralysed since the pandemic began.

China’s approach to this issue may affect their decision-making, as Chinese tourists have been among the biggest groups of foreign visitors to travel to hot spots in Southeast Asia, Australia and New Zealand and capitals as far away as Paris before the pandemic. There were 155-million outbound tourists in 2019 spending more than $133bn abroad, according to the China Tourism Academy, a government think-tank and subsidiary of the ministry of culture and tourism.

While Indonesia, home to Bali, and Thailand have approved and are administering Chinese shots, New Zealand and Australia — which has seen its relations with China deteriorate the past year over the virus and trade — do not.

“I don’t know how practical it will be for Western countries to recognise Chinese vaccines given the geopolitical environment,” said Ether Yin, a partner at Trivium China, a Beijing-based consultancy. “But there won’t be a true resumption of global travel or economy without the inclusion of China, plus dozens of economies who used Chinese vaccines.”

Katy Niu, a 26-year old Chinese citizen, is a skiing enthusiast and frequent traveller living in Beijing. It’s unclear whether she’ll be returning to international slopes such as those in Japan’s Hokkaido any time soon. Before the pandemic, she used to travel internationally at least three times a year, from shopping on Paris’s Champs Elysées to relaxing on a Southeast Asian beach.

Niu hasn’t got a vaccine yet, saying she didn’t feel any urgency since she’s not able to travel and she doesn’t see it opening up in the near future. “If other countries don’t recognise the Chinese vaccine, does that mean vaccination is not going to make a difference?” she said. “We are not offered a Western vaccine anyway, we don’t have a choice.”