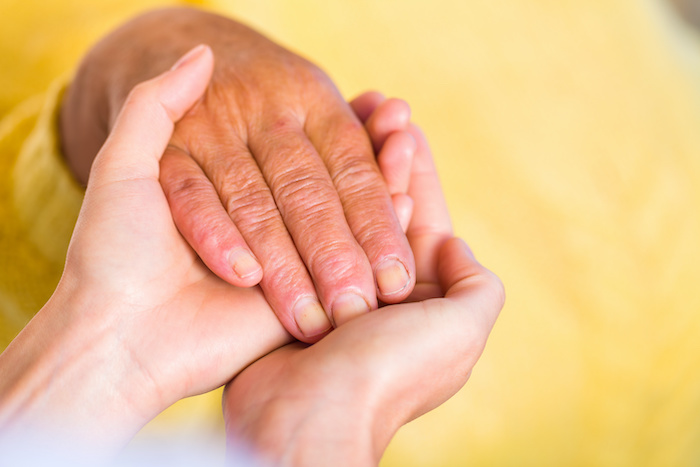 If an elderly parent loses the ability to grant power of attorney due to cognitive decline from, for example, dementia, the document becomes invalid. Picture: 123RF/OBENCEM

The coronavirus has complicated the financial and practical care and assistance that families need to provide to ageing parents and relatives and heightened the need for new ways to assist them.

Older people most vulnerable to getting ill have been advised to self-isolate, while those in retirement villages or care homes have been denied physical contact with friends and family.

Financial institutions have embraced electronic services to reduce visits to the likes of banks, investment providers or financial advisers, but the elderly are least able to adapt to this new way of interacting.

This has heightened the need for legal reform that will give adult children the ability to act on behalf of their elderly parents.

Many adult children rely on a general power of attorney to act on behalf of a parent, but some financial institutions such as banks and medical schemes require their own forms to be signed.

A Money reader’s elderly parent found her current account closed after her daughter attempted to help her stop a fraudulent deduction on her credit card. Her daughter, living in another city, struggled to get the bank to reopen the account despite holding a general power of attorney.

General powers of attorney are also only valid as long as the person who gave it to you is still capable of granting such a power. If an elderly parent loses the ability to grant it due to cognitive decline from, for example, dementia, the power of attorney becomes invalid, Johann Jacobs, consultant in the trusts and estates practice at law firm Cliffe Dekker Hofmeyr, told a recent webinar for the SA Independent Financial advisers Association.

Jacobs says adult children who transact on accounts using a power of attorney granted by a parent who no longer has mental capacity open themselves to civil and criminal claims.

With the number of dementia cases increasing rapidly, SA needs to introduce an enduring power of attorney that remains valid even after your parent loses their ability to grant it, he says.

The Law Reform Commission has submitted a draft bill to introduce such a measure to the department of justice. However, Jacobs expects the earliest the bill could be introduced to parliament is in 2021.

In the meantime, families assisting elderly relatives with Alzheimer’s and dementia are expected to apply to court for the appointment of a curator bonis or to the master of the high court for administration in terms of the Mental Health Act.

Curatorship is a lengthy and expensive process costing tens of thousands of rand, and while administration is cheaper, it only caters for those who are mentally ill or incapacitated — not those who are physically frail.

Administration of the affairs of anyone whose annual income exceeds R24,000 or has capital of more than R200,000 will only be granted after the master has investigated the matter.

The draft bill also proposes introducing an enduring power of attorney that must be signed and witnessed by two people over the age of 18 and accompanied by a certificate of execution issued by a legal or health practitioner who has known the person for five years.

Jacobs says the bill suggests the power can be restricted to certain transactions and granted jointly to, for example, two adult children, or alternate agents can be named.

If you are granted an enduring power of attorney you will be able to open an account, buy a life right and even sell property on an elderly parent’s behalf. You will have to keep records and can be called on by the master to account for your actions.

The proposed legislation also provides for family or friends to apply to the master for lesser powers to make decisions about either an elderly relative’s day-to-day living or personal affairs or to transact on their bank account, but not to sell property.

Records of financial transactions must also be kept for these powers and the master is likely to review the appointment periodically, Jacobs says.

SA has many well-developed and expensive retirement villages with their own frail-care centres serving wealthier retirees who can afford to pay anything from R750,000 for a sectional title unit to between R3m and R10m for a retirement village home, says Arthur Case, CEO at RezCare, a newly formed provider of services to the elderly.

Levies are on average R2,500-R7,000 a month and those who own sectional title or a freehold unit risk having to pay special levies if the scheme needs additional funds for expenses such as security or maintenance, he says.

Many retirees cannot afford these costs and therefore continue to live independently or move in with family members who may be working and unable to care for them.

Isolation under lockdown has brought new threats to older people living independently and many seniors have had no support system and no-one to help them cope in what has been an extremely stressful time, Case says.

A major trend in the US, where many people are entering retirement with large amounts of debt, is for retirees to stay in their homes or age in places that have naturally occurring retired communities.

RezCare is planning to facilitate this trend in SA with vetted services on a pay-as-you-use basis for those who subscribe to its offering.

Older people who want to stay in their homes longer but are facing financial challenges have at times also had access to some of the value of their homes through a reverse mortgage, but active lenders are now scarce.

A new lender, Water Financial, has now started offering reverse mortgages to homeowners over the age of 75 in Cape Town’s Atlantic seaboard and has plans to extend to other areas.

Chris Loker, MD at Water Financial, says pensioners can access a percentage of the equity in their home as a single lump sum or multiple payments at prime plus 3% — now 10% — which is substantially lower than the cost of an unsecured loan.

The pensioner retains full ownership and the loan can be settled on the sale of the house or on death.

While reverse mortgages can help you stay in the home and community you are comfortable in, Case says these loans are an expensive way to access money. Interest accrues and compounds throughout the term as you are typically not making any repayments and can quickly erode the value of the home.

Loker says Water Financial believes its product is an improvement on previous ones as it is encouraging borrowers to notify their heirs, is encouraging them to borrow monthly what they need to live on rather than a lump sum upfront and can also structure the loan so some of the amount drawn services the interest.

He says reverse mortgages do not suit everyone — if you or your heirs have access to other funding it may be better to use that. But some heirs have emigrated and do not want to inherit SA assets, he says.

Very few people who experience the privilege of a long life are also able to remain in full control of their financial affairs.
Money
1 year ago

Q&A: Retirement villages and the cost of frail care

What are the tax implications when your village repurchases your life right?
National
1 year ago
Next Article

WOUTER FOURIE: OK, boomer, are you ready for retirement — and growing ‘yold’ ...

WOUTER FOURIE: OK, boomer, are you ready for retirement — and growing ‘yold’ ...