Victoria Yards rekindles itself in a world of uncertainty

The first time I visited Victoria Yards I was struck by its incredible energy. Not the electric type that sizzles through the Joburg CBD or the ambition running through the veins that keep the business hubs of Sandton and Rosebank pumping. It was a raw, tranquil energy; an energy that springs from creativity, that is reflected in the old buildings that wind through the space and feeds from the roots of its vegetable gardens. It is the type of energy that even a global pandemic can’t quash.

Since the country moved to level three of lockdown, Victoria Yards has opened to the public again. It hasn’t opened for public gatherings, and the number of people that come in is monitored, but you’re free to grab a cup of coffee from Foakes Coffee Roastery or a takeaway from The Fish and Chips Shop and stroll around the grounds.

There are some tenants who haven’t yet opened up shop, but for the most part open doors welcome eager explorers emerging from their lockdown solitude. Walking past artist James Delaney’s studio the words “Everyone is welcome here except fear” offer a hopeful reassurance that people are embracing the return of life to this place.

Riding out the pandemic

As was to be expected, Victoria Yards has been negatively affected by Covid-19. But, considering they still have 51 tenants, down from 54, they have emerged relatively unscathed.

“We didn’t’ give anybody free rent, but [tenants] had the option to defer some or all of it until later on in the year when things are hopefully better. Almost all of them have taken on that offer, and it’s helped them,” says PJ Henning, the manager at Victoria Yards.

But developer Brian Green says they have by no means made it through this pandemic and he’s hoping that they can continue to hold out. “The public needs to respond and get out there and come back and support us,” he says.

Apart from the business lost in April and May, they have been unable to continue hosting events, something Henning says is a big part of what they do, from their First Sunday markets to being used as a space to shoot films and hold private events — a revenue stream that has dried up during this time.

However, the lockdown also presented opportunity. Henning has been toying with the idea of setting up an e-commerce site for nearly a year, and level five of lockdown finally gave him the time to sit down and do it.

“We’ve had some success with it and I’ll grow it. People are quite keen to buy online,” he says. If the dents made in my bank account from online shopping I’ve done over the past two months are anything to go by, I believe he’s on to something.

In 1913, the space where Victoria Yards is today became the site of the New York Steam and Advance Laundries, which was established in 1903 to service the mining and cotton nappy industries. When the laundry business folded in the 1930s, the buildings became largely derelict.

In 2016 Green was introduced to the space which had, by then, become the site of panel beaters and chop shops.

“The tenants were disposing of the cars’ waste parts on the site. There were dogs chained up in dark little holes. It was quite bad. Everything that was being done to the site was causing further dereliction, including the soil which was getting destroyed.”

But, inspired by the potential he saw before him, Green envisioned a development built on three pillars: food security in the form of vegetable gardens, the opportunity to bring artisans and creatives into the space and creating interaction with the community. Getting to work on transforming the space, the Victoria Yards slogan became “growing every day” and the first tenants moved in towards the end of 2017. 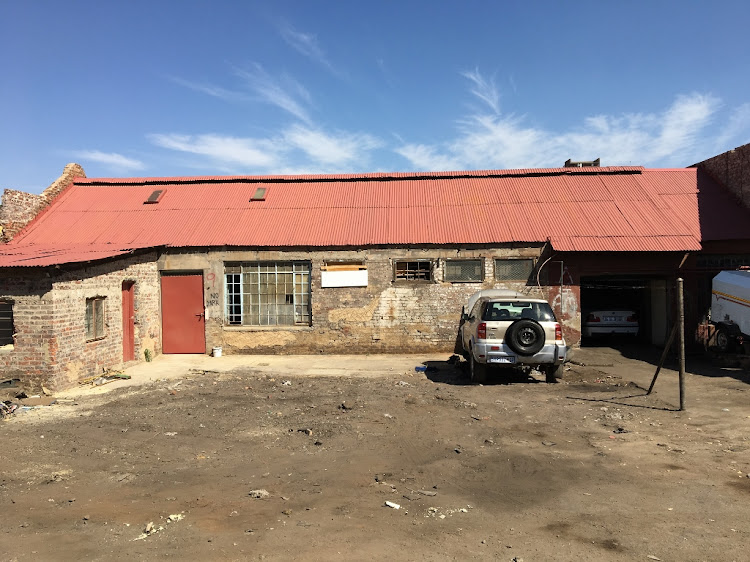 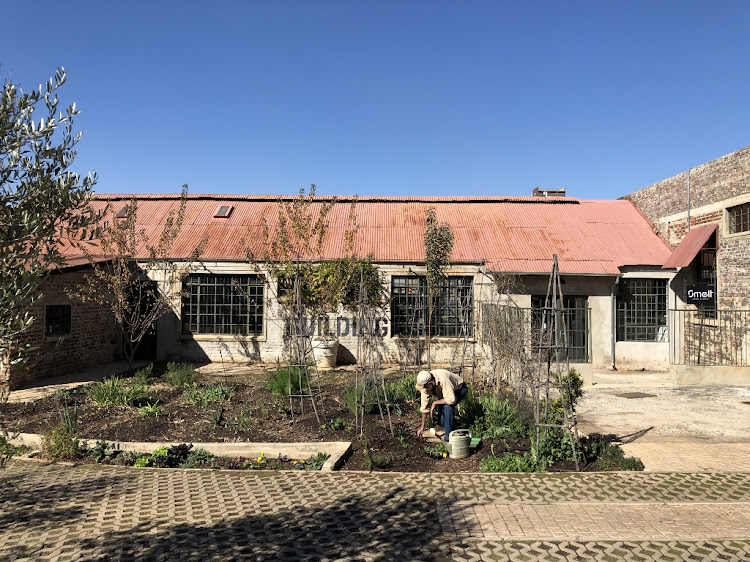 Today the Green Business College trains people to run businesses that are ecologically friendly. The donor-funded Timbuktu in the Valley school has about 40 registered children that will once again attend after-school classes as soon as they receive the green light.

The partnership with Maker’s Valley has also taken off this year after the platform registered as a nonprofit organisation. As a vehicle for creating what they call a wellbeing economy, it assists creatives in the communities of Bertrams, Troyeville, Lorentzville and Bez Valley in establishing creative and social entrepreneurship.

“Ultimately our vision is to become the heart of social and creative enterprises in Joburg — something we really believe is the driving force for an empowered Johannesburg,” Thobile Chittenden, the CEO of Maker’s Valley, says.

This year Victoria Yards was shortlisted for the Urban Land Institute’s Europe Awards for Excellence that recognise outstanding urban development projects in Europe, the Middle East and Africa. As one of 10 finalists, it is the only 2020 finalist from the African continent. Judging was done last week via a Zoom call during which Green took the judges on a tour around the property, and the winner will be announced later this year.

“I couldn’t have imagined in my wildest dreams that this would have turned out as successfully as it has and I’m really, really so happy that it has,” Green says. “It’s really effort by so many different people coming together and making Victoria Yards what it is today.”

Looking to the future, there is still space that remains unoccupied that is being developed. Henning says he’s signed on a new tenant and he’s receiving new enquiries on a daily basis. They also have plans to enlarge their vegetable garden and have just finalised a deal to build an early learning centre for children from the community which will double up as a conference centre. The entire building will be self-sustaining.

If this nomination from the Urban Land Institute goes to show anything, it’s that Victoria Yards provides a socio-economic model that can be adopted in similar areas — not only in SA but around the world. And that it’s receiving this recognition in the midst of a global pandemic proves that it truly is a space that is growing every day.

Richmond's recently opened shopping complex has much more to offer than your run-of-the-mill shopping mall — it's a piece of SA's history and ...
Life
1 year ago

These top eateries are bringing their delicious fare to your door, and into your home
Lifestyle
7 months ago

Anglo American is moving its HQ from the Joburg CBD to Rosebank. Heritage architect Brian McKechnie looks at the significance of this move and the ...
Life
8 months ago
Next Article

Wealth is nothing without health

My Brilliant Career: Some advice: get into computer programming now!

Wealth is nothing without health

My Brilliant Career: Some advice: get into computer programming now!