Let’s drink to a sober revolution

As part of a growing trend towards low- and nonalcoholic drinks, South Africans are embracing the millennial idea of ‘mindful drinking'

Ginifer Sober is a non-alcoholic alternative to gin that offers more choice to consumers who do not drink alcohol. Picture: SANET OBERHOLZER

It’s not just the woman that is pregnant for the first time with no concept of what motherhood will entail, the young man fiercely devoted to his religious beliefs or recovering alcoholics trying their best to make their families proud.

It is the father driving to pick his six-year-old up from a party after his braai, the hip millennial who is making a conscious choice to live a healthier lifestyle and the ambitious executive who needs to meet a deadline the next day.

More and more people are becoming “sober curious” — a term coined by Ruby Warrington and popularised when she published her book with the same title in December 2018. In it, she interrogates the idea of whether life would be better without alcohol.

“It’s about asking questions like why are you drinking and looking at what is a healthy relationship with alcohol,” says Sean O’Connor, one of the founders of Mindful Drinking SA — the platform behind the first nonalcoholic festival planned to take place in Cape Town later in October.

“Mindful drinking” is an emerging trend of choosing low- and nonalcoholic drinks for both health and social reasons. Earlier in 2019, the first alcohol-free bar opened in the most unlikely of places: the Guinness-guzzling capital of Ireland, Dublin, and nonalcoholic options are becoming popular as consumers gravitate towards drinking less alcohol on a global scale.

A recent report published by the World Health Organisation outlines that alcohol consumption in Russia dropped by more than 40% since the early 2000s and statistics published by the UK’s Office for National Statistics in 2018 said that drinking rates among British adults have plunged to their lowest in 18 years.

SA is not excluded from this trend. Zoleka Lisa, vice-president of Corporate Affairs at SA Breweries (SAB) says SAB and AB InBev, the multinational drink and brewing holdings company, have committed to increase its no and lower-alcohol beers portfolio to represent 20% of the organisation’s global beer volume by 2025.

“There is a shift in drinking patterns as consumers adapt habits to improve health and wellness, as well as those opting to try something new. With this shift, we see the opportunity for new beverage categories to emerge, giving brands creative licence to sell myriad products from organic to low-carb and [no alcohol and low-alcohol beers],” says Lisa.

Together with Barry Tyson, O’Connor conceptualised Mindful Drinking SA as part of the movement to promote and destigmatise the consumption of nonalcoholic drinks. The Mindful Drinking Festival, which will be taking place on October 20 at Kirstenbosch, will showcase a wide range of alcohol-free drinks available in SA.

“I thought maybe a mindful drinking festival over here would be a good idea so I contacted a buddy of mine and we started doing some informal research and started speaking to some producers and suppliers.” After doing initial research, O’Connor says they received an overwhelmingly positive response to the idea of having a mindful drinking festival.

He adds that, unlike before, when options were limited, switching to nonalcoholic options is now possible. “You’re not confined to one or two lousy tasting things. There’s great variety and choice and that’s what we’re really about: we’re pro-choice. We’re encouraging people to moderate their drinking or cut out alcohol entirely.” 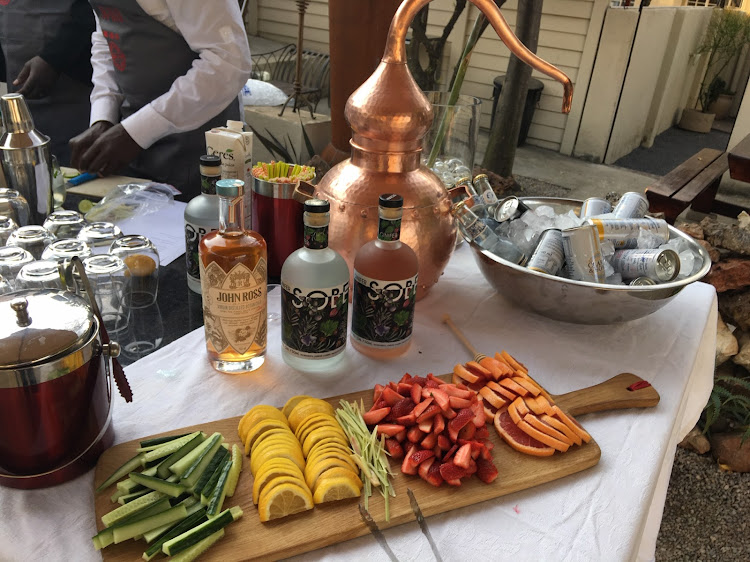 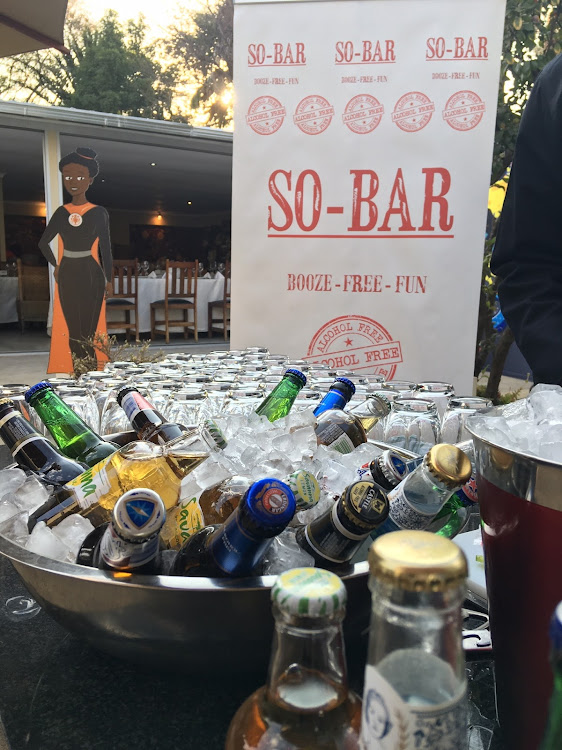 The festival will be celebrating everything alcohol-free: from health tonics, iced teas and kombuchas to nonalcoholic beers, alcohol-free gins, de-alcoholised wine and even alcohol-free whiskey and vodka.

“Being sober is great,” O’Connor says. “I haven’t had any alcohol for over a year and I’ve drank massive amounts of delicious booze in my time but I’ve had enough alcohol, I don’t need it any more so I’m really grateful for the sober revolution.”

Stephen Hickmore, the man behind So-Bar, describes himself as someone who is “sober curious”. With the motto “party like there is a tomorrow”, So-Bar was started a year ago and is a mobile, full zero-alcohol bar with options including gin, cocktails, beer, wine and sparkling wine.

“The younger crowd are taking to So-Bar well. I think Generation Z and Millennials are naturally interested in anything new and alternative from a lifestyle prospective,” Hickmore says. “Some of us just want to have fun without the consequences of hangover, the regret and embarrassing dance moves.”

As someone who stopped drinking five years ago, Hickmore is exasperated at the lack of choice for non-drinkers in pubs, clubs and eateries. “With all the products available on the market, bars and restaurants rarely stock nonalcohol items. If they do, it is one type of beer and a watery mocktail.” He is of the opinion that bars are missing an opportunity by not providing more nonalcoholic options which, he says, are available.

A while back no one had heard of zero alcohol gin, now there is a choice of at least five South African brands I know of.

“I have seen a big change in the last few years. There are many new products on the market that are proudly South African. A while back no-one had heard of zero-alcohol gin, now there is a choice of at least five South African brands I know of. My favourite is Ginifer Sober Dry and Sober Hibiscus,” he says.

The person behind these nonalcoholic offerings that Hickmore keeps stocked in his bar is Jacqueline Grobler, the founder, owner and distiller at Angel Heart Beverages.

“I’ve always prided myself that the distillery is inclusive,” Grobler says on a visit to the distillery in Linbro Park. “I’ve known about the trend overseas to make nonalcoholic distillations and I wanted to make something for those ladies, the designated driver, which is everybody’s favourite human, and people who are in sobriety.

Having launched Ginifer Sober a year ago, Grobler says she continues to see a month-by-month increase, even in winter months when alcohol sales are generally down. “I honestly never thought this would do so well. I thought South Africans are going to pull their faces at this because we love a dop, hey. But it’s doing very well,” she says with a big smile.

Grobler sells her stock on Takealot and Yuppiechef as she says it’s not something shops will stock. “They simply refuse because they say where do you merchandise it? So that’s a bit of a dilemma for us so we had to find other avenues of selling it.”

Oliver Wills, a marketing and export manager at Swinkels Family Brewers Africa, says they had the same problem when they began with Bavaria 0.0% in SA.

At a very basic level, Lisa says the attraction of an alcohol-free beer is that it offers people the freedom of choice to still enjoy the taste and sociability of a beer as well as the sense of belonging of having a drink, but without the alcohol.

For Grobler, it’s about inclusivity and not feeling left out. “There’s enough crap in SA at the moment. Not having something cool to drink, I don’t want to add to that. And we’ve got the full distillery, why not use the abilities and skills that we already have?”

For O’Connor the sober revolution is about starting to be present for your loved ones, for your family and for yourself. “These are millennial ideas. It’s suddenly cool to be sober and to be aware of your behaviour and what you’re doing.”

How drinking habits are changing

1.
MARK GEVISSER: If we are essentially ‘good’, how ...
Life
2.
Devlin Brown at the water cooler: Will the 80/20 ...
Life
3.
Grace period is extended for car licences that ...
Life / Motoring
4.
The last Knysna elephant has a message for people
Life
5.
New Toyota Starlet replaces the Etios
Life / Motoring

1.
MARK GEVISSER: If we are essentially ‘good’, how ...
Life
2.
Devlin Brown at the water cooler: Will the 80/20 ...
Life
3.
Grace period is extended for car licences that ...
Life / Motoring
4.
The last Knysna elephant has a message for people
Life
5.
New Toyota Starlet replaces the Etios
Life / Motoring