Seifsa cries out for rapid rollout of infrastructure projects 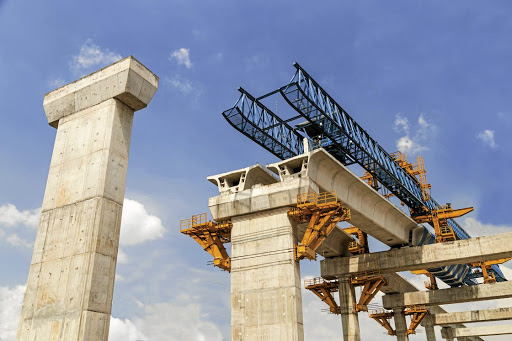 The Steel and Engineering Industries Federation of Southern Africa (Seifsa) has urged  the government to speed up the rollout of infrastructure projects to kick-start the moribund sector.

SA’s steel industry, which was hit by a crippling three-week wage strike in October, is also battling the effects of cheap imports.

President Cyril Ramaphosa has promised investment to reinvigorate the sector, which accounts for 1.5% of the country’s GDP and about 190,000 jobs. The steel industry value chain multiplies the value of SA iron ore by a factor of four, and is an essential component for  infrastructure including energy and water supply, according to SA Iron and Steel Institute secretary-general Charles Dednam.

In his state of the nation address on February 10 Ramaphosa said the state would invest R1.8bn in bulk infrastructure to unlock private sector projects worth R133bn, while R32bn was pledged to the steel sector at last month’s presidential investment conference.

A Steel Master Plan conference is scheduled for mid-May, and Seifsa CEO Lucio Trentini on Thursday said that despite ongoing engagements with the department of trade & industry, business was frustrated at the slow pace at which infrastructure projects are being introduced.

“Capacity is there and the ability is there, but demand is a problem,” Trentini told Business Day.

The octogenarian federation represents 18 independent employer associations in the metals and engineering industries, with a combined membership of 1,223 companies employing about 167,000 employees.

“I can assure you if we release demand into the economy and we build more power stations, we accelerate and move towards a just transition and we start releasing the ability for investors to build more, for example, cleaner forms of energy; whether it is solar panels, windmills and so on, our members will step up to the plate,” Trentini said.

Steel demand has been in the doldrums as big construction and infrastructure projects dried up after the 2010 Soccer World Cup. That has been compounded by rising operational expenses while global competition is putting downward pressure on selling prices.

Last year's strike cost the industry lost more than R300m a week in forfeited wages and R600m a week in lost revenue.

The Steel Master Plan, which was signed into effect in June 2021, aims to support and anchor the implementation of the Re-imagined Industry Strategy and the Reconstruction and Recovery Plan launched by Ramaphosa in October 2020.

While government, labour and various sectors have thrown their weight behind the plan, Trentini expressed dismay that a number of industry participants have rejected the plan and refuse to get involved.

Notwithstanding the effect of Covid-19 and lockdowns, the steel and infrastructure industry started off the year optimistic that 2022 was going to be better than last year.

SA business confidence climbed in the first quarter as the negative effect of the coronavirus pandemic, power cuts and the steel sector strike began to wane, according to a quarterly business confidence index compiled by Rand Merchant Bank unit and Stellenbosch University’s Bureau for Economic Research.

But industry experts have warned that the respite may be temporary because of supply shocks caused by the war in Ukraine.

Meanwhile, calls for a ban on scrap metal exports have mounted as as theft, said to be driven by growing global demand for copper scrap as a result of tight supply and stocks that is pushing prices to record highs, worsens.

Hulamin flags return to profit as can demand gets a kick