PODCAST | Budget Review: What the budget means for ordinary people 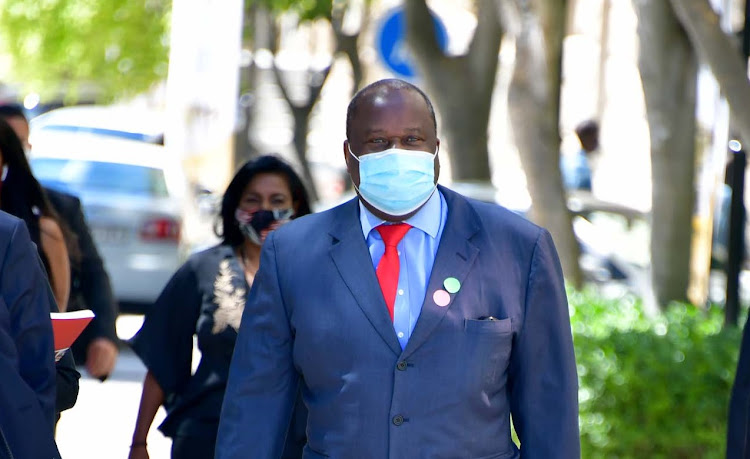 Finance minister Tito Mboweni arrives at Parliament in Cape Town ahead of his 2021 budget speech on February 24 2021. Picture: GCIS/ELMOND JIYANE

In this edition of the Business Day Spotlight, we review the recently announcement national budget for 2021, putting in practical terms what it may mean for ordinary South Africans.

This week, finance minister Tito Mboweni announced a raft proposals for tax collection, how the government will fund its activities and the way in which it will prioritise spending according to this year’s national budget.

Our panel gives their impressions of what was said and not said. Krugel notes that many of Mboweni’s statements were in line with expectations, though little mention was made of government support to some of the country’s ailing state-run companies such as Eskom and SAA, which continue to be a drain on public finances.

Mandy notes that while tax relief was given to South Africans, some costs would rise such as fuel due to an increase in levies coupled with excise duties on items such as cigarettes and alcohol. On balance, he says these items were favourable to consumers.

Among a host of items, National Treasury has committed to holding the line on its fiscal consolidation plans without imposing proposed tax increases of R40bn over the next four years. The corporate tax rate will be reduced from 28% to 27%, while public sector wages are to be cut by R303bn over the four years including 2020/2021. A revenue overrun of R99.6bn in the current year has reduced the shortfall of R312.8bn projected in the medium-term budget policy statement, which will be used to reduce the borrowing requirement and therefore debt issuance.

The discussion focuses on impressions of the budget speech, the balancing act that the Treasury is trying to perform for the economy, funding state-owned enterprises, electricity generation in SA, the effect of tax changes for South Africans, and an economic outlook for the rest of the year.

Krugel and Mandy end by emphasising the importance of Covid-19 vaccination as a way to help the country clawback at least some of the losses of the last year.

Mudiwa Gavaza is joined by Johann van Tonder, an economist at Momentum Investments
Business
1 month ago

PODCAST | Dirty politics and its impact on SA and the economy

PODCAST | The economic implications of Sona 2021