Economists welcome the improved fiscal metrics in the budget, but SA is not out of the woods yet 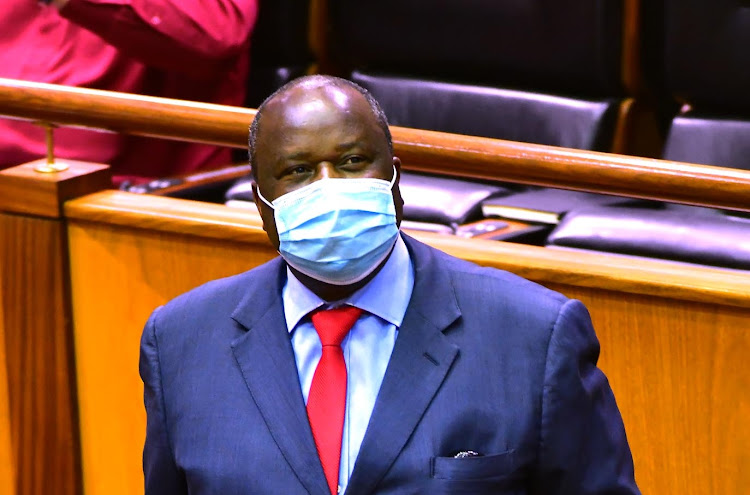 Finance minister Tito Mboweni’s budget struck a fine balance between supporting the economy through the ongoing pandemic and working towards putting SA’s finances on a sustainable path.

Though a better-than-expected tax haul will help reduce the budget deficit in the coming years and help slow runaway debt levels, Mboweni warned in his budget speech on Wednesday that public finances remain “dangerously stretched”.

Economists welcomed the improved fiscal metrics outlined in the budget, lauding the commitment to financial sustainability, but warned that SA still has a “long hard slog” to achieve it aims.

The Treasury stuck to its guns on fiscal consolidation efforts, which are largely premised on securing R264.1bn in spending cuts over the next three years, mainly from reductions in the wage bill. However, there remains substantial execution risk to delivering on the wage savings in the face of union opposition.

The better-than-expected R99.6bn tax revenue overrun also helped stave off tax hikes, which is expected to support both consumers and businesses at a time when the economy remains fragile. 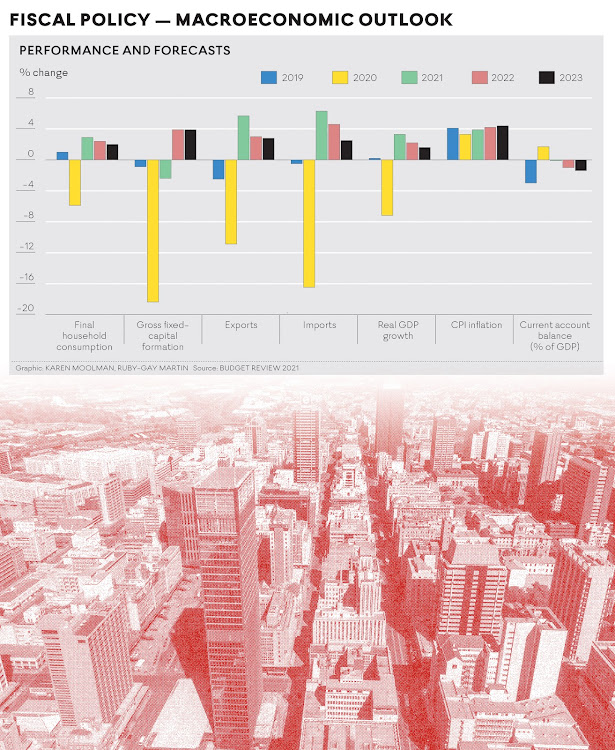 The government revised spending cuts down from what was forecast in the medium-term budget — redirecting money towards health efforts, including funding vaccine rollout plans as well as employment creation efforts. The fiscal framework also plots a shift in spending towards fixed investment in infrastructure.

“It’s a fairly positive budget,” said Maarten Ackerman, chief economist at Citadel, who welcomed the firm line taken on fiscal consolidation, but SA is “not out of the woods yet”, he said. Though the country’s debt trajectory had improved from the medium-term budget estimates, it still peaks at close to 90% of GDP, suggesting “much hard work still lies ahead”.

Debt service costs remain onerous, consuming 19.2% of tax revenue and exceeding spending on most functions, including health, economic services, and peace and security.

The fiscal framework is still predicated on achieving the cuts to the wage bill, but the Treasury’s commitment to achieving the reduction should be lauded, said Old Mutual Investment Group chief economist Johann Els.

“There are execution risks but [the Treasury is] sticking to it,” Els said, adding that, overall, the budget was “positive and confidence-boosting”. However, SA still has a “long hard slog” ahead, particularly when it comes to delivering on the reforms needed to boost growth, Els said.

Treasury holds the line on spending as normal metrics are ditched

Still a battle to make the fiscal maths add up

Improved revenue collection has not changed SA’s fiscal status; improving the state of SOEs will
Opinion
1 month ago
Next Article