Research done for the Treasury suggests that SA’s economy could shrink anywhere between 5.6% and 16% 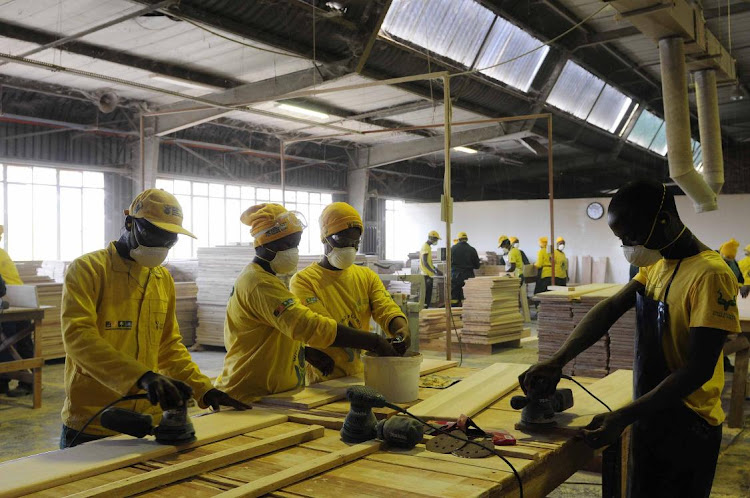 Private-sector business activity nosedived in April in the face of the full coronavirus lockdown that brought the economy to a near halt during the month.

The latest IHS Markit SA purchasing managers’ index (PMI), an economy- wide gauge of business conditions, recorded its largest one-month fall and its lowest reading seen in the survey since it began in July 2011 — sliding to to 35.1 in April, down from 44.5 in March.

The SA PMI follows similar gauges for manufacturing conditions and vehicle sales released earlier this week, which gave some of the first indications of the toll the fight against the pandemic is taking on SA's economy.

Depending on the severity and length of the lockdown research done for the Treasury suggests the SA economy could shrink anywhere between 5.6% and 16%. The SA Revenue Service has estimated that this could leave the state with a R285bn revenue shortfall.

But even the plummet in the SA PMI may not reflect the strain businesses are under, IHS Markit economist David Owen said in a statement.

The SA PMI is an indicator of private-sector business performance taken from a survey of 400 private sector companies across the economy. It is derived from indicators for new orders, output, employment, suppliers’ delivery times and stocks of purchases. A reading of more than 50 shows overall improvement in the sector.

“The plunge in the SA PMI was testament to the impact that the nationwide lockdown has had on the economy,” Owen said.

But at 35.1, the headline number may be an overestimate of business performance, Owen said, as it was lifted by a lifted by a subseries showing a rapid lengthening of supplier delivery times.

A better estimate is the subindex measuring output, which decreased at its sharpest rate on record to 23.7 in April.

“However, even this figure does not illustrate the strain of businesses reporting lower output. With the lockdown in place, many firms simply shut down operations, rather than partially reducing output,” he said

“As such, the magnitude of the collapse in economic activity could be even more cataclysmic than the index suggests, with jobs and revenues set to suffer greatly as well.”

The data follows on from the Absa purchasing managers index (PMI) released earlier this week, which measures conditions in the manufacturing sector. The Absa PMI was similarly buoyed by the effects of its subcomponent measuring supplier deliveries.

But other important subindices, notably business activity and new sales orders, crashed to record lows, suggesting manufacturing activity all but halted during April.

Spending activity by consumers also slid during the lockdown according to data from BankservAfrica, released on Wednesday. The automated payments clearing house processes low-value card, ATM and EFT transactions.

After a spike in spending between March 24 and 26, when shoppers stockpiled ahead of the lockdown, point-of-sale (POS) and ATM transactions fell by half of the usual transaction volumes during the same period in 2019, Shergeran Naidoo, BankservAfrica’s head of stakeholder engagements said.

Household spending makes up about 62% of the expenditure in the SA economy while POS retail makes up an estimated 50% of household spend on items such as restaurants, fuel purchases and personal services, according to BankservAfrica.

But since May 1, when level 4 restrictions were applied, the average number of transactions processed increased slightly to 58% of the usual transaction spend, hinting at a possible improvement in spending as restrictions eased marginally.

Subcomponents of the PMI crashed to record lows in April, pointing to the challenges in restarting the economy, economists say
Economy
11 months ago

ECONOMIC WEEK AHEAD: Indices will give a first glimpse of lockdown losses