Accessing funding provided by agencies, such as the IMF, could help reduce the government’s interest burden 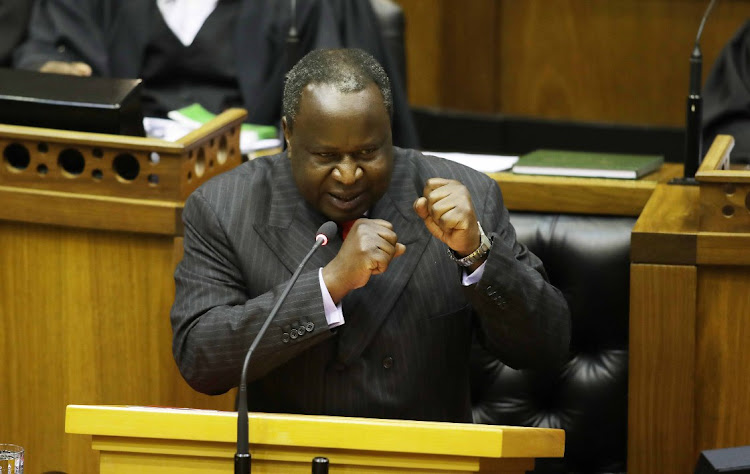 International funders, including the International Monetary Fund (IMF), could potentially provide SA with as much as R400bn in funding to cushion the country against the economic effects of the coronavirus lockdown, according to economist Mike Schussler.

Schussler was speaking at an online briefing hosted by the SA Institute of Race Relations, as SA awaits an announcement from President Cyril Ramaphosa later on Tuesday on an expanded economic and social relief package to fight the coronavirus.

The pressure on the government to come up with a more comprehensive set of relief measures has been mounting as SA’s economy is expected to contract by 6.1%, according to the SA Reserve Bank’s latest estimate.

The government, however, faces mounting spending pressure, even as its debt levels become increasingly unsustainable.

Schussler estimated that added pressure on the fiscus could push the government’s debt-to-GDP level to 74.7% by March 2021, rising to 84% in the following year.

Debt-servicing costs will rise due to higher levels of debt and higher interest rates, he said, seeing it become the largest spending in the budget — potentially rising from 4% of GDP to well over 6.5% — or even 9% by 2023.

This outcome is unsustainable without SA either having to seek help from abroad or turning to SA’s pension assets to fund the government, said Schussler.

He said that SA should make use of its special drawing rights (SDRs) — the reserve assets created by the IMF to supplement member countries’ official reserves. The value of an SDR is based on a basket of five currencies: the dollar, euro, renminbi, yen and pound.

During previous global crashes, the IMF has made multiples of SDR holdings available, according to Schussler, with member countries able to access between six and seven times their SDR holdings during the global financial crisis in 2008/2009.

Discussions are underway — though they have not been approved — to allow a similar mechanism during the coronavirus-led recession, potentially allowing countries to access up to 10 times their SDR holdings, according to Schussler. SA currently has an estimated R30.2bn in SDR holdings, which means SA could potentially access R300bn if approved.

As well as this, he said, the Reserve Bank could seek dollar swap lines with the US Federal Reserve, whereby foreign central banks temporarily exchange their US treasury securities held with the Fed for dollars, to access dollar liquidity. The Fed has recently granted this facility to Brazil and Mexico.

In a recent monetary policy review briefing, Reserve Bank governor Lesetja Kganyago said the Bank’s initial assessment suggested it does qualify for this facility, and it would “start our conversations with the Fed and communicate at an appropriate time”.

Accessing these sorts of facilities — including coronavirus- specific support programmes offered by the IMF and World Bank — would allow the SA government to access funding at much lower interest rates, said Schussler.

Use the tax system to pay out lockdown benefit, say economists

Finance minister Tito Mboweni has indicated that SA would consider approaching agencies such as the World Bank and the IMF for funding to support health efforts against the pandemic.

The ANC’s alliance partners have, however, railed against seeking help from either lender. The alliance views it as a threat to SA’s democratic national sovereignty, the fundamental right to self-determination, and its independence, which it said earlier this week “are non-negotiable, even in the midst of a crisis”.

Other economists and agencies have, however, in recent weeks underscored the need for SA to go to multilateral agencies for funding.

In the wake of the downgrade by ratings agency Moody’s Investors Service last month, the Institute of International Finance (IIF) said that multilateral support from the likes of the IMF would become critical for SA.

The global recession created by Covid-19, together with the economic effects of the lockdown domestically, has “made a challenging situation increasingly untenable”, the IIF said in a report. SA does not appear to have the policy room to address its existing challenges, including rising debt levels, now worsened by the pandemic, without multilateral support.

“Economic contraction, higher borrowing costs, and the need for higher social spending are likely to add more to fiscal deficits, and thus make it more difficult to keep government debt from rising further,” the IIF said. “An IMF programme could bring much-needed funding and help shore up investor confidence.”

Citibank economist Gina Schoeman said in a previous interview with Business Day that a move like this would help the country. “Everyone needs help right now. SA is not the only one, and you could argue that even before the virus hit we were talking about potentially needing help from some kind of external financier.”

There is “huge concern” from international investors, over how SA is going to be able to issue the amount of debt to cover the budget deficit, which is reflected in government bond yields, she said.

The government, however, needed to introduce a “growth plan” that included reforms the country needed long before the crisis — such as fixing debt-crippled power utility Eskom, and reducing the public-sector wage bill.

WATCH: How the IMF expects Covid-19 to affect the economy

THE BIG STIMULUS: How SA can fund it, and how to spend it

CAROL PATON: Thinking on role of the state and Reserve Bank needs to be upended

Criticised for playing too big a part, they are now the only actors that can do what is required to save the economy
Opinion
1 year ago
Next Article

Developing countries opening some sectors to save economies

A guide to flattening the Covid-19 curve — not the economy

Developing countries opening some sectors to save economies

A guide to flattening the Covid-19 curve — not the economy