Mining gets a golden boost in December, but caution remains

Production levels will stay under pressure thanks to load-shedding and high input costs, say economists 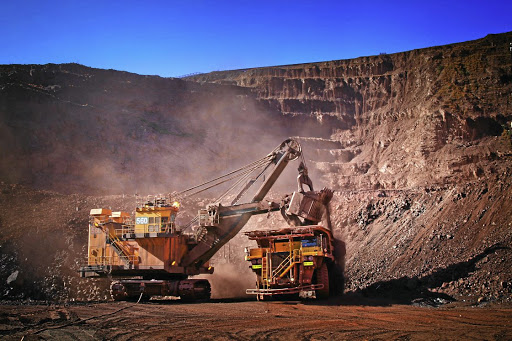 Mining production surprised with an unexpected boost in December as gold experienced its biggest jump since the start of 2016, despite the drag that power cuts by Eskom have placed on SA’s economy.

December’s 1.8% increase from a year ago came in well above market expectations for a decline of 3.5% and ended a series of consecutive contractions that began in August 2019.

But economists expressed caution at what was a mixed outcome for the sector as total production for 2019 declined 1.3% from 2018, a slightly slower pace of decline than the previous year’s 2.1%.

The biggest driver of the December uptick was gold production, which grew 24.9%. The safe-haven metal has experienced record prices, making 2019 its best performing year since 2010, according to the World Gold Council. Gold rose 18.4% in dollar terms last year, according to the council, as global uncertainty increased and interest rates fell.

This has, however, not stopped AngloGold Ashanti from exiting SA, with the announcement on Wednesday that the world’s third-largest gold producer is selling its last remaining asset, the Mponeng mine.

Capital Economics senior emerging-markets economist John Ashbourne argued that December’s reading “creates a misleading positive impression” given that it was driven by gold production, which is variable. December’s figure was also flattered by comparison with December 2018, when output declined.

Even if SA managed to dodge a technical recession “by a hair’s breadth, it’s clear that the economy entered 2020 on a very weak footing”, he said in a note.

Excluding gold’s rally, mining production decreased by 1% year on year, according to FNB senior economist Geoff Nolting. Current production levels are 20% below the historical highs reached in July 2004, he noted, as resources have become increasingly expensive to extract in SA.

As with manufacturing, which slumped in December, mine production levels will remain under pressure, thanks to load-shedding, high input costs and subdued demand for many commodities, said Nolting. Nevertheless, expansion in gold as well as the high prices in platinum group metals (PGMs) should be an incentive for miners to expand activity in higher-cost mines, he said.

The local mining industry still faces headwinds, however, and input costs for mines continue to rise. Eskom’s tariff increases, for instance, have greatly exceeded commodity price improvements, according to data from the Minerals Council.

The uptick in December production, in the face of load-shedding, did suggest SA’s mining industry is able to better manage the effects of power cuts if they are well planned and mines are informed about when outages are going to happen, Sanlam Investment chief economist Arthur Kamp said.

Harmony hot on the acquisition trail

DRDGold aims to move into platinum

End of an era as AngloGold exits SA

Gold Fields rules out sale of South Deep for now