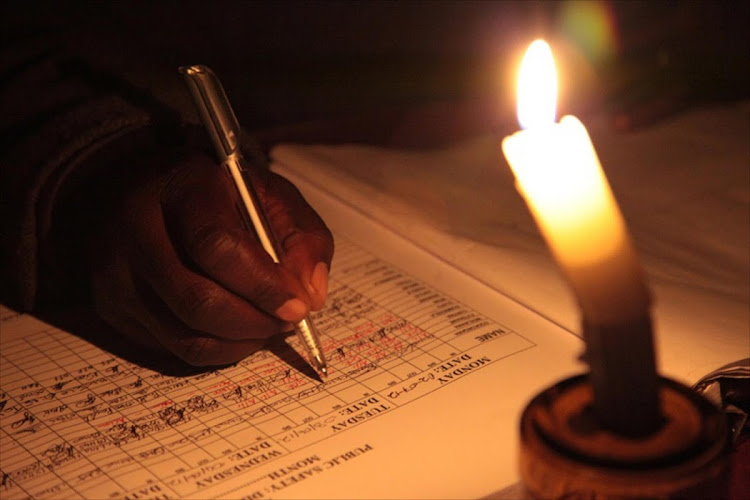 Load-shedding has been the consequence of increased policy uncertainty. Picture: GALLO IMAGES

SA will not break out of its low-growth trap unless decisionmakers move quickly to reduce policy uncertainty, researchers say in a study published by the North West University (NWU) business school.

The NWU Policy Uncertainty Index for the fourth quarter of 2019 increased to 53.6 from 53.1 in the previous quarter. An increase beyond 50 reflects heightened policy uncertainty; a decline in the index means reduced uncertainty.

SA is caught in a low-growth trap amid increasing debt and rising state spending mainly to support failing parastatals, despite weaker tax revenues. The World Bank projection for 2020 is that the economy will grow 1% in 2020, a significant downward revision on its earlier projection of 1.7%.

Like the IMF, ratings agencies and investor advisory services, the World Bank has joined the chorus to urge SA to make faster and more urgent progress on economic reforms as one of the few options available to policymakers to encourage growth. However, policy uncertainty continues to hamper growth.

Investors are worried about the push to change the ownership of the Reserve Bank with the ANC saying it has taken a “clear resolution that the Bank should be owned by the people of SA”. The ANC and the EFF have called for full state ownership of the Bank, which, unlike most central banks in the world, has been privately owned since its inception in 1921.

Reserve Bank governor Lesetja Kganyago has insisted on the Bank’s  independence, arguing that nationalising the central bank would be too risky for the economy. Credit ratings agencies have also warned SA not to tamper with the independence of the central bank, saying it could lead to ratings downgrades.

The economy has also been hamstrung by the Eskom crisis, and the land expropriation issue amid fears that expropriation without compensation will discourage investment and undermine SA’s efforts to address unemployment‚ poverty‚ and inequality.

The index is calculated via three elements: collecting reports citing uncertainty in the media; a survey of economists, and through the Bureau of Economic Research’s survey of political and policy constraints in its manufacturing survey.

Adverse factors in SA that kept policy certainty in negative territory during the fourth quarter of 2019 included weak mining and manufacturing data, Eskom blackouts, vulnerable public finances, crime and violence, political factionalism, the likely downgrade of SA’s investment rating by Moody’s Investors Service, and the perception that the Treasury’s growth plan may not be successfully implemented.

According to the index, the economy needs positive “game-changers” in 2020 to make a difference.

“High levels of policy uncertainty are reversible. The latest … [index] again confirms that the most important contribution [the] government can make now remains to minimise the uncertainty created by its policies and actions,” Raymond Parsons, of the NWU Business School, said.

He said if policy uncertainty is to be lessened concrete signals about SA’s economic direction need to emerge from the state of the nation address (Sona) and the budget next month.

“There needs to be urgency and resolve in stabilising the policy outlook,” Parsons said.

ECONOMIC WEEK AHEAD: What TeamSA will say about SA’s strengths at Davos

I am convinced the ANC adopted ‘a wrong resolution’, says Tito Mboweni

Mboweni tweets for end to ‘inertia’ on economic reforms

Mboweni tweets for end to ‘inertia’ on economic reforms