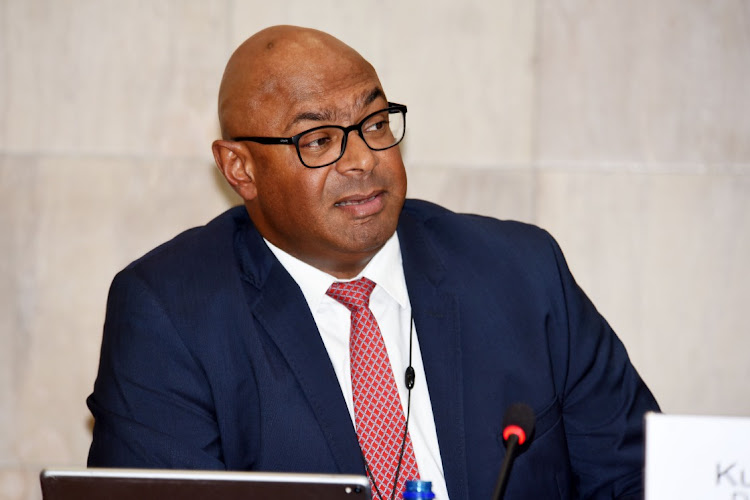 The SA Reserve Bank has identified the government’s worsening financial position, and the fragile state of the country’s state-owned entities (SOEs) as some of the chief risks to the stability of the local financial system.

This was according to the latest Financial Stability Review released by the central bank on Thursday afternoon. The Bank regularly assesses the risks to financial stability over the next 12 months in an effort to mitigate any vulnerabilities in the local banking system.

According to the bank’s risk assessment matrix — which classifies the likelihood of risks materialising as high, medium or low —  the deteriorating domestic fiscal position takes prime position and is classified as high.

But  Kuben Naidoo, the CEO of the Prudential Authority, which regulates the banking sector, said banks’ exposure to SOEs and government debt remained well contained. It represented 2.1% of the total credit exposure of the country’s banks — with local banks exposed to the tune of  R129bn and foreign banks’ holding in the region of R104bn.

Despite these local headwinds confronting the local banking system, the SARB determined that the sector was “strong and stable”.

The review was released as concern grows about the financial sustainability of state-owned airline SAA, as well as Eskom, which is forecasting another full-year loss of R20bn.

Eskom in particular, has been a key reason for the deterioration of the government’s finances — as fiscal support for the power utility threatens to push government debt to 80% of GDP in the coming decade.

The state’s contingent liabilities — or its exposure to SOE debt — is projected to exceed R1-trillion by 2021. Of this amount, the government-guaranteed portion increased to R683.3bn in 2019, of which Eskom received R350bn.

Though the SARB deemed the sector sound — the “risks to the fiscal outlook remained elevated over the medium term and continued to pose a major risk to the stability of the domestic financial system”, the bank said.

Should these risks materialise SA could be hit by, among other things, further tax increases, reduced incomes for households and companies, further credit ratings downgrades triggering capital outflows and further pressure on economic growth.

In recent weeks, both Moody’s Investors Services and S&P Global changed their outlook on SA country debt to negative. Moody’s, which is  the last ratings agency to have SA at investment grade, could downgrade the country should the government not be able to show improved finances come the 2020 February budget.

He did not elaborate on the extent of the exposure, but it would include holdings of government debt by pension funds and asset managers such as the Government Employees Pension Fund. These areas of the financial market, however, do not yet fall under the scope of the Prudential Authority.

But governor Lesetja Kganyago stressed that the guaranteed SOE debt ranks “pari-passu” with the sovereign debt, meaning a default would equate to the state defaulting.

“I am not sure that our constitution allows us to do so because it provides that before we allocate money to anything else we must first provide for the servicing of sovereign debt, so that is not an option,” he said.

Forced to act and with no alternatives, the state will have to fix SAA and Eskom with new tools
Opinion
2 years ago

Only growth can pull SA out of its economic nosedive

The public wage bill is dire: for every R100 the government raises in taxes, it spends about R46 on salaries, and this is not sustainable, writes ...
Opinion
2 years ago