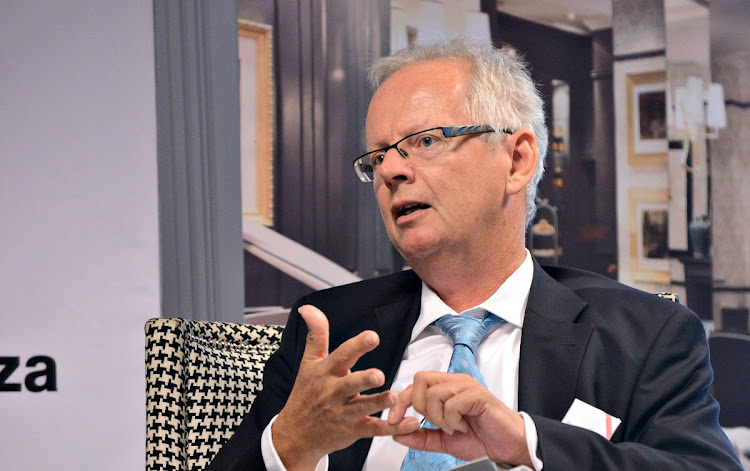 Ratings agency S&P Global, which downgraded the country to junk status in 2017, has issued a stark warning to SA, suggesting there is a risk of a further knock in two weeks’ time.

“The next big announcement will be on November 22. There will certainly be a very controversial committee discussion because at this point we have a new medium-term budget policy statement (MTBPS) with a lot of bad news but with very little action or action plan.”

His comments come just after Moody’s Investors Service revised the country’s outlook to negative on November 1, citing a lack of action by the government to address increasing state-owned enterprises’ (SOEs) debt, high unemployment, and a deteriorating fiscal position.

Moody’s said on Friday that there is “rising concern that the government will not find the political capital to implement the range of measures it intends, and that its plans will be largely ineffective in lifting growth”.

Reuss was asked on Wednesday what predictions he had for the meeting in two weeks’ time. He emphasised that the ratings will be determined by “a committee”, but said “look at the data we have”.

He also said that unless the government takes action to improve structural risks to the economy, it could face further downgrades. “It will be a very difficult conversation unless an argument can be made that government will take convincing measures ... The risks are clear on the downside.”

Reuss warned that it takes a long time to come back from being downgraded to junk. He said the “weighted average length of time is seven or eight years”, adding that the worst case was Indonesia, which took 20 years. “SA today still has a long way to go back to [S&P Global] investment grade.”

Watch: Is a downgrade to junk from Moody’s inevitable?

But trade union federation Cosatu’s parliamentary officer, Matthew Parks, warns cutting the wage bill would be a ‘declaration of war’
National
1 year ago
Next Article