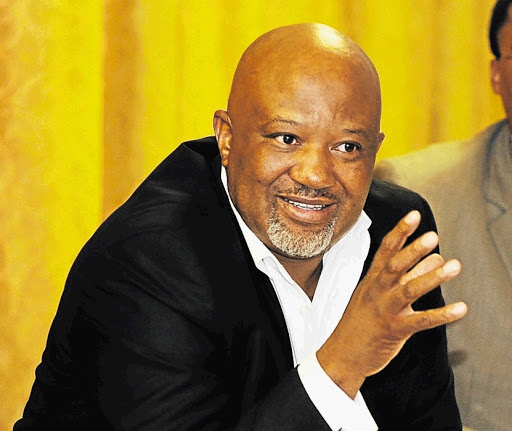 Key aspects of finance minister Tito Mboweni’s economic growth plan risk being overlooked because of a fight over the process adopted in drawing it up, former deputy finance minister and MTN chair-designate Mcebisi Jonas says.

Mboweni’s plan has been attacked by the alliance partners of the governing ANC after there was no discussion with them in its formulation and because it was released without the cabinet’s stamp of approval.

Jonas, a former deputy minister of finance who said he rejected a R600m offer by the Guptas to become the next finance minister, and was fired along with then finance minister Pravin Gordhan by former president Jacob Zuma in 2017, addressed the Cape Town Press Club on Monday on his recently released book. After Dawn: Hope after State Capture.

“I think process matters and my worry is that because of the process you compromise a discussion on the real, substantive issues,” he said.

Jonas emphasised the need for urgency in the government coming up with concrete, robust, short-term plans in terms of growth and fighting corruption that could be implemented immediately and that would take the country out of the mess it was in as quickly as possible. Only after that should questions of long-term growth be addressed. This however would require leadership.

“We almost don’t have time. We need something that shows urgency,” he said. The question of Eskom’s future could not be delayed.

Jonas believed some of the proposals in Mboweni’s plan were valid though there could have been greater focus on the macroeconomy.

He warned that SA faced the danger of having an authoritarian leader if its citizenry did not take action to put the economy and society on a new growth trajectory. However, he reiterated his belief that there was cause for hope in SA’s future despite the unravelling of the social contract which underpinned the transition from apartheid. This social contract, he said, had reached its sell-by date.

But for there to be a constructive disruption of the status quo the nature of politics had to change and citizens needed to become more active and create a citizens’ movement to break the hold of the state on economic growth and the stranglehold of political parties.

Job creation had to be the centre of an economic policy that should be focused on removing the constraints to investment. The approach towards development had been too statist and deregulation was necessary to unlock investment, he said.

Key to any change would be economic growth and for South Africans to find each other as a nation because at the moment there was a high level of fractiousness, Jonas said.

A national consensus was needed on growth, a functional and effective state and public education. He emphasised the difference between a government plan and a national plan which was owned by the nation.

Also critical was leadership which had declined over the past few decades.

Without action, SA faced a steady decline characterised by more social and political discontent which would cause huge disruption. However, Jonas did not believe a blow-up such  as happened in Venezuela was likely.

POLITICAL WEEK AHEAD: Parliament to debate recent spate of violence

We won’t achieve anything until we stop believing that the government will always rescue useless, money-guzzling SOEs
Opinion
2 years ago

Endless consultation is getting SA nowhere; it’s time for the government to choose its economic policies and urgently implement them
Features
2 years ago

Mboweni may be in a Catch-22 situation, thanks to sections of the ANC and the alliance
Opinion
2 years ago
Next Article

1.
Patel shoots down calls for suspension of poultry ...
Economy
2.
From Kyiv to the Karoo: Exploring the butterfly ...
Economy
3.
AfDB working with Bank of America to raise funds ...
Economy
4.
Activity in mining and factory production is ...
Economy
5.
Lesetja Kganyago supports an inflation target set ...
Economy

1.
Patel shoots down calls for suspension of poultry ...
Economy
2.
From Kyiv to the Karoo: Exploring the butterfly ...
Economy
3.
AfDB working with Bank of America to raise funds ...
Economy
4.
Activity in mining and factory production is ...
Economy
5.
Lesetja Kganyago supports an inflation target set ...
Economy