The plan to split the power utility into three entities will create a more transparent structure, but won’t address the company’s financial challenges 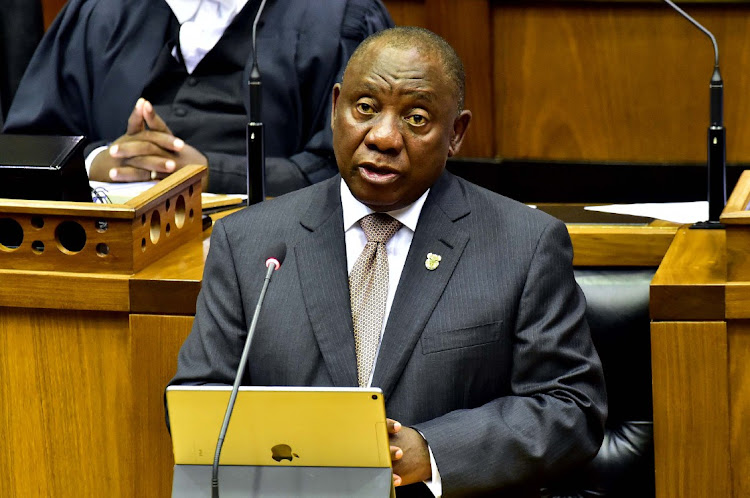 President Cyril Ramaphosa delivers the state of the nation address in parliament on February 8 2019. Picture: GCIS

“The move paves the way for a more transparent group with more clearly allocated revenue and cost between business segments,” Moody’s said in a report on Monday.

“However, in and of itself it does little to address Eskom’s financial challenges,” the rating agency said, adding that Eskom remains a significant risk to the country’s fiscal strength.

This comes as Eskom implemented stage 4 load-shedding on Monday, which calls for 4,000MW to be shed from the system. This could lead to production losses among large power consumers.

The utility is in a dire financial position and sits with a debt burden of R419bn, which it is unable to service from the revenue it earns. It is also straining to keep the lights on, with multiple breakdowns of its old plants due to neglected maintenance, and substandard construction work contributing to problems at its new plants, notably Medupi.

“Eskom’s financial trajectory will have a significant bearing on the government’s fiscal strength,” Moody’s said.

Financial support to Eskom along with measures to stabilise its financial health would be credit neutral, Moody’s said.

However, financial support first “with measures aimed at generating savings at Eskom materialising much later” which would include unpopular decisions on electricity tariffs and additional cost cutting based on an agreement from key stakeholders would be credit negative for SA.

The report said the state of the nation address delivered by Ramaphosa last week was short on concrete policy measures.

“The speech confirmed the government’s commitment to its policy agenda of reviving growth and job creation, relying on traditional policies to foster investment and increase competition,” Moody’s said.

“However, it did not give great details about how this would be achieved.”

Aside from the proposals to reduce financial stress at Eskom, Ramaphosa’s speech “offered few concrete measures to overcome these structural challenges in the face of entrenched vested interests”.

It said investment will remain constrained by the structural rigidities in the labour market and the impact of corruption. While SA’s growth potential should rise marginally, Moody’s does not expect a significant acceleration in growth in the next few years.

The rating agency’s note comes ahead of the budget policy statement next week, which could decide SA’s fate with the credit rating agency.

Moody’s warned that reviving the economy and addressing socioeconomic inequalities will add to spending pressures, “highlighting the challenging balance between economic objectives and fiscal discipline”.

Moody’s is the last of the three credit rating agencies that has SA above sub-investment grade. In 2018, Moody’s left SA’s outlook at Baa3, one notch above junk status, with a stable outlook, “reflecting our view that the previous weakening of the sovereign’s institutions would gradually reverse under a more transparent and predictable policy framework”.

Ratings at risk in emerging markets in 2019

SA's economy is expected to recover slowly in 2019, but growth will remain below levels seen in the first half of the decade
Economy
2 years ago

ASHA SPECKMAN: Eskom is wearing out even patient Moody’s

Could it be that the gloves are finally off between Moody's and the government and we should expect another eventful year in 2019?
Opinion
2 years ago
Next Article