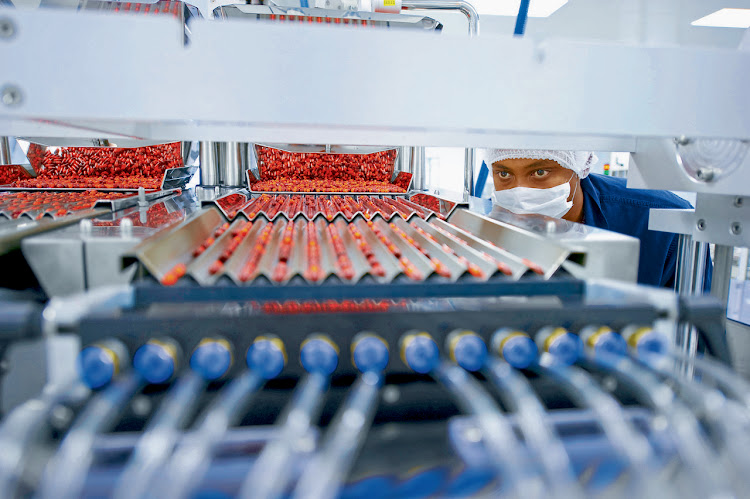 December’s substantial drop in fuel prices translated into a far sharper slowdown in producer inflation than anticipated by economists.

Farm and factory gate inflation, as measured by the annual change in the producer price index (PPI), decelerated to 5.2% in December from November’s 6.8%.

The economists’ consensus, according to a poll by Trading Economics, was producer inflation would slow to about 5.8%.

Statistics SA’s PPI report on Thursday came a week after it reported inflation, as measured by the annual change in the consumer price index (CPI), slowed to 4.5% in December from 5.2% in November.

December’s inflation figures were helped by the government-set retail price of petrol falling R1.84/l and the wholesale price of diesel falling R1.45/l.

Further moderation in inflation can be expected when Stats SA releases January’s figures next month thanks to a R1.22/l drop in petrol and R1.54/l drop in diesel.

The department of energy is scheduled to release February’s fuel price changes on Friday, which will take effect next Wednesday. A rise in oil prices over January has been mitigated by a stronger rand. The government committee that sets fuel prices, the Central Energy Fund, reported on Thursday that the “under-recovery” for 93 octane in Gauteng in January was 8.3c, indicating that a small increase in fuel prices would be likely.

According to the Automobile Association (AA), the fuel outlook for February is mixed. While the price of petrol is likely to increase, diesel and illuminating petrol will be lower. This will likely push the price of a litre of 95 Unleaded petrol to R13.50 at the coast and R14.09 in Gauteng, with 93 unleaded rising to R13.87 in the latter region.

“What is worth noting is that the average rand strength against the dollar has been increasing for nearly a month, and we are hopeful this may point to a period of greater stability for the currency,” the AA said on Tuesday.

“If international oil prices continue with their current stable trend, SA fuel users may see fewer of the wild swings in fuel prices that characterised 2018.”

Hodes said that among these are surging administered prices coupled with gradually rising domestic food prices, a highly volatile international oil price and global growth trepidations, amid a climate of elevated trade tensions, which “continue to weigh on the inflation outcome”.

ECONOMIC WEEK AHEAD: Searching for signs of life in the economy

Producer price index is expected to moderate while economists are divided over the trade balance for December, writes Claire Bisseker
Economy
2 years ago

Rand gains more than 30c on dovish US Fed

The rand’s good performance might just be the beginning

Rand gains more than 30c on dovish US Fed

The rand’s good performance might just be the beginning