Move is expected to ease inflation 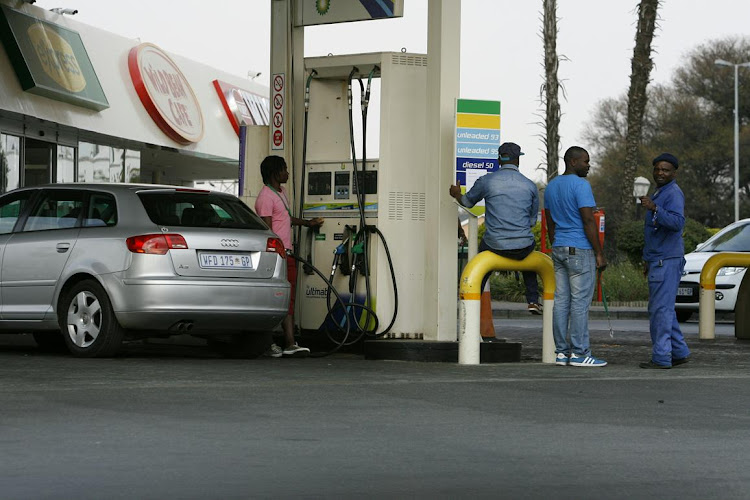 An expected record fuel price drop in December will help ease inflation once again on the back of a stronger rand and lower oil prices.

Motorists could see a R1.85 reduction per litre in the price of petrol, while diesel prices are expected to come down by an estimated R1.40 and illuminating paraffin by R1.28.

This comes after motorists were hit by a 22% increase in the petrol price over the past year to a record high of R17 a litre in October.

Commenting on unaudited month-end fuel price data released by the Central Energy Fund, the Automobile Association (AA) said on Wednesday that fuel prices will return to levels last seen around the middle of 2018.

The fuel price surge of recent months has seen producer prices rise at their fastest rate in almost two years, adding to inflation.

The producer price index for final manufactured goods  for  October 2018 went up to  6.9% from 6.2% the previous month. This was driven mainly by the fuel component, data from Stats SA showed on Thursday. The last time producer inflation was this high was in December 2016.

The price of oil and the exchange rate are the two primary factors which influence the fuel price on a monthly basis.

The rand enjoyed its best month  of 2018 in November, benefiting from improved sentiment towards emerging markets, among other factors.

However, the large fuel price drop could be tempered by adjustments in the retail and wholesale margin, and the possible continued use of the slate levy, the AA warned.

The slate is the cumulative under-recovery in the fuel price for the month.

SA drivers’ hopes of a petrol price cut  in November were dashed  when the government used the expected cut to recoup its loses from the once-off government intervention in the fuel price it made in September.

In September the increase was supposed to be 28c/l but the government intervened by taking 23c/l from the slate levy fund, which amounted to R2.2bn.

“If the slate levy has brought the slate balance below the threshold by the end of November, it's likely it will be zeroed. If not, a further slate levy will be applicable for December, which will offset some of the fuel price decrease,” the AA said.

The best option for government would be to neutralise the slate levy in one month, said Efficient Group chief economist Dawie Roodt. This could be done by giving motorists a slightly lower decrease than previously anticipated, he said.

“Government should just take the rest now to pay off the slate levy and remember not to do it again,” Roodt said.

As inflation eases with the fuel price respite, the Reserve Bank will likely hold off on increasing interest rates further after the first hike in two years last week.

“Given the Reserve Bank’s preemptive move this month and our forecast showing a firmer rand and softer oil prices, and so generally subdued inflation in the economy over the short term, we believe the SARB will keep rates on hold through most of 2019,” said Nedbank economist Busisiwe Radebe.

The proposals include making Singapore the main reference market for the basis price, but do not mention reducing taxes and levies
Economy
3 years ago

Rash decisions, no matter how popular, could destabilise critical industries
Opinion
3 years ago

There are more, and sharper, increases on the way — and more tax increases — to pay for the rampant corruption of your government
Opinion
3 years ago
Next Article