The low-cost airline has offered better pay and benefits 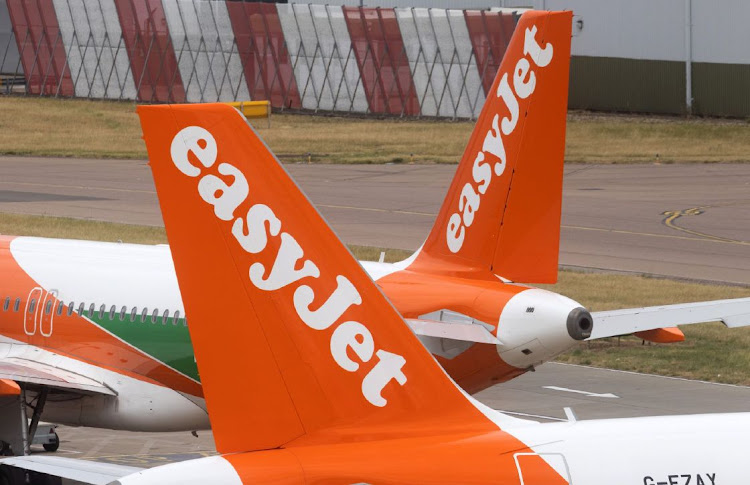 Tail fins of passenger aircraft, operated by EasyJet Plc, at London Luton Airport on July 25 2022. EasyJet are due to report their latest earnings on Tuesday. Picture: Chris Ratcliffe/Bloomberg

Madrid — Spain-based cabin crew at easyJet  suspended a planned strike at the weekend after reaching a deal with the budget airline that includes higher salaries, local union USO said on Thursday.

The airline’s flight attendants in Spain went on strike from July 1 to 3 and again from July 15 to 17. But they have cancelled a further three days of strike action planned for late July after the company offered better pay and benefits in ongoing negotiations.

“After weeks of strike action and months of negotiations, the company has made us an economic proposal that, without being exactly what we were demanding, does represent an important approach to the salaries and conditions of our colleagues in Europe,” Miguel Galan, general secretary of USO’s easyJet section said.

The basic salary for easyJet’s Spanish staff, which excludes bonuses and extra pay, stands at €950 — far lower than in countries such as France and Germany, the union leader said.

The airline welcomed the agreement.

“This is great news for the airline, for our employees and also for customers, who can book with more confidence,” it said in an email sent to Reuters. “We have always been committed to continuing to work constructively with the unions,” the company added.

Cabin staff at easyJet’s larger rival Ryanair have also called for strikes in Spain in July, and Spanish unions USO and SITCPLA have planned to continue calling for such action on a weekly basis until January seeking to obtain better economic benefits and more holidays.

The strikes have caused some flight cancellations and delays this month, adding to travel woes as the sector struggles to cope with rebounding demand.

But the number of cancelled flights has been limited as Spanish regulations require airlines and staff to maintain a minimum service.

Ryanair accounted for 22.3% of passengers travelling via Spanish airports in the first half of this year while easyJet accounted for 5.7%, data from airport operator Aena showed.