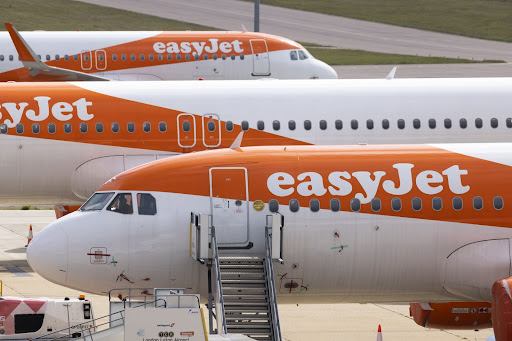 London — EasyJet forecast less turbulence for the rest of the northern hemisphere summer after it cut its schedule to tackle delays and last-minute cancellations that cost it £133m in the three months to the end of June.

CEO Johan Lundgren said removing thousands of flights has stabilised day-to-day operations. “This weekend, for example, the first of the UK school summer holidays, we operated more than 3,100 flights across Saturday and Sunday and made zero on-the-day cancellations in the UK,” he said on Tuesday.

The British low-cost airline said an “unprecedented ramp-up” in aviation, coupled with a tight labour market, resulted in operational challenges and cancellations. EasyJet cut its flights after caps were imposed by London Gatwick and Amsterdam Schiphol airports, a step taken to reduce misplaced bags, delays and last-minute cancellations.

Lundgren said this summer was a “one-off” and the industry has to work together to improve service rather than “pointing fingers. There is no-one across the industry in aviation at all who hasn’t felt the pressure and the squeeze, whether that is ground handlers, or airports or air traffic management or airlines,” he said.

Heathrow, Britain’s busiest airport, which is not used by easyJet, has capped departing passengers at 100,000 a day for the rest of the summer. “We’ve seen a significant improvement in both punctuality and baggage performance since the cap came in,” CEO John Holland-Kaye said on Tuesday.

Ground handling capacity fell sharply during the pandemic as airlines cut costs and caps will remain until the shortage is resolved, he said, adding it is a responsibility of the airlines. “I think it will take 12 to 18 months for the aviation sector to get back to pre-Covid levels.”

EasyJet said the disruption and pressure on household budgets has not dampened demand for travel, reflected in the yield on the tickets sold for its current quarter rising 13% above prepandemic levels. Flights for July-September were 71% booked, with a load factor — a measure of how well aircraft are filled — slightly ahead of 2019.

Shares in easyJet, which reported a headline loss before tax of £114m for April-June, were up 1.7% in morning deals.