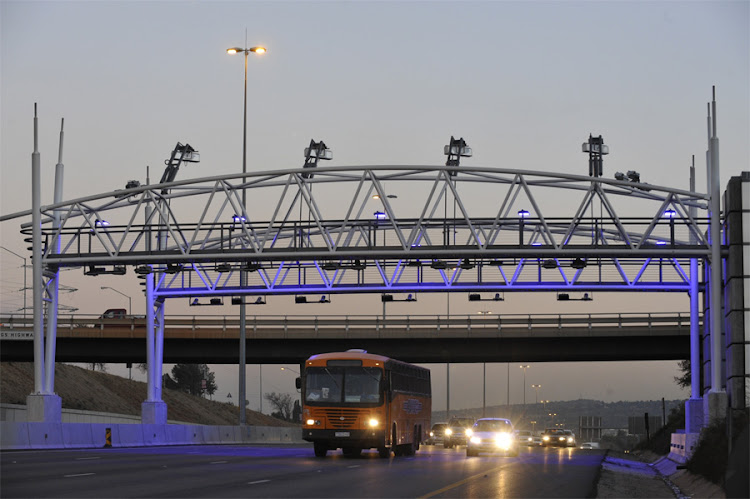 An e-toll gantry on the N1 through Pretoria. Picture: SUNDAY WORLD

The JSE has publicly censured the SA National Roads Agency (Sanral) for errors in its 2018 results that understated losses by about 62%.

As disclosed by Sanral, errors including incorrect classification of assets resulted in initial net loss of R260.35m for 2018 being bumped up to R418.47m.

“The accuracy and reliability of financial information published by issuers are of critical importance in ensuring a fair, efficient and transparent market,” the JSE said.

Sanral’s debt mostly consists of bonds listed and traded on the JSE.

Sanral said on Friday it remained committed to, and supported, the JSE rules, adding that it had self-corrected the errors in its 2019 results.

“It is important to highlight that the auditor-general maintained its unqualified audit opinion with respect to Sanral’s 2018 and 2019 financial statements, which in all material aspects fairly presented the financial position of Sanral, its financial performance and cash flows,” the agency said in a statement.

“As disclosed in the 2019 financial statements, the corrections were noncash items which mainly affected depreciation of assets. As with any entity, errors will occur, and the continuous improvement of internal control measures will be a constant objective for Sanral and its board.”

The cash-strapped agency, which is tasked with maintaining SA’s road network, has been struggling with debt, notably due to Gauteng motorists’ staunch refusal to pay for tolling.

As a consequence, the agency has been forced to shelve several projects as it also cut spending on repairs and maintenance.

Sanral’s e-tolling project, launched in 2013 as part of a drive to improve the road network in Gauteng, has for the most part been a failure as a result of low levels of compliance by motorists, with the agency halting its pursuit of e-toll debt in 2019.

While Sanral received an unqualified audit opinion in the 2020/2021 annual report tabled in parliament earlier in 2021,  auditor-general Tsakani Maluleke flagged the accumulated loss of about R14.4bn by the end of March — slightly down from about R15bn the previous year — and expected credit losses of close to R10bn, as the company struggles to collect debt.

Update: November 19 2021
This article has been updated with comment from Sanral.

Raubex focusing on SA amid optimism over new contracts

Raubex focusing on SA amid optimism over new contracts