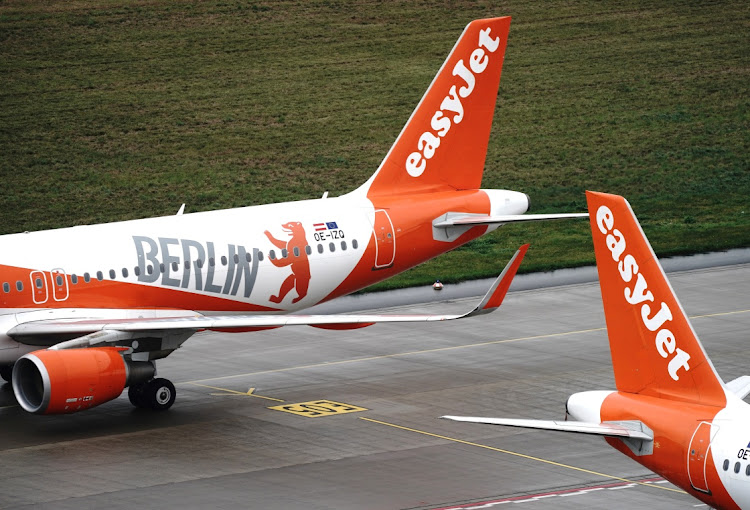 London — EasyJet said  on Thursday it expects to fly at no more than 10% of normal capacity during the current quarter and withheld guidance for the year as it waits for coronavirus travel clampdowns to lift.

Europe’s second-largest discount carrier posted an 88% revenue drop for the three months through December, according to a statement on Thursday. It’s focused on holding down costs and remaining flexible to take advantage of a rebound when it comes.

Airlines have hunkered down in early 2021, further paring back flight schedules and raising funds while preparing for a return to travel that’s grown more elusive. Clampdowns in the UK and other European countries meant to stem a flare-up in virus cases have shaken the outlook for summer, the busiest part of the year.

“The external environment remains uncertain,” EasyJet CEO  Johan Lundgren said on a call with reporters. “We know that restrictions like the quarantine are the single biggest barrier impacting customer bookings.”

The UK has banned all non-essential travel, closed travel corridors and mandated a negative coronavirus test within 72 hours of travel to enter Britain. It has also instituted a 10-day hotel quarantine for some incoming passengers. Germany plans to drastically reduce incoming air travel, Bild reported earlier.

The industry has pinned its hopes on vaccine rollouts, followed by an easing of travel curbs. Eurocontrol said Thursday that air traffic could decline between 55% and 70% from 2019 levels in June, depending on progress lifting restrictions.

While the timing is uncertain, Wizz CEO Jozsef Varadi said he remains confident in pent-up demand. Until the most recent restrictions, bookings were surging, he said in an interview.

“People are fed up with the lockdown,” Varadi said. “They want to fly, they want to go.”

EasyJet and Wizz are among a handful of low-cost carriers, including larger rival Ryanair, that are expected to benefit from the return of shorter, holiday flights. Larger airlines such as Deutsche Lufthansa and Air France-KLM are more reliant on longer trips and business travel, which is likely to come back later.

Guillaume Faury, the CEO of aeroplane maker Airbus, said in an interview on Wednesday that there’s growing evidence businesses are also eager to fly again.

Wizz carried about 77% fewer passengers in its fiscal third quarter, while reporting a €116m loss. Varadi said he doesn’t know when the crisis will be over, but has been building up its fleet of Airbus single-aisle jets and network of bases in the UK, Germany, Italy and Norway to be ready for rapid expansion once the lockdowns ease.

“‘When we emerge from this crisis the network is going to be much bigger than before and we are going to be taking advantage of the weakness of other airlines,” Varadi said in a phone interview.

London Gatwick airport, where a number of carriers have pulled back during the downturn, remains a target for expansion, Varadi said. He has been frustrated by rule waivers that allow airlines to hang onto take-off and landing slots they are not using.

The Luton, Britain-based carrier flew at about 18% of 2019 capacity in the fiscal first quarter, with revenue dropping to £165m in the period.

EasyJet has cut jobs, closed bases and taken loans against its aeroplanes to ride out the pandemic. It’s also deferred the delivery of Airbus jets, after reporting its first loss in the year through September. The company reduced its cash burn to £40m per week, it said Thursday.

In January, the discount carrier also signed a five-year, $1.87bn loan facility partially backed by a UK government guarantee. EasyJet said on Thursday that it repaid a $500m revolving credit facility and term loans of about £400m, freeing up aircraft used as collateral.

Air-travel demand could stay 60% to 80% below pre-Covid-19 levels during the first half, stressing airlines’ balance sheets as they deplete cash reserves, according to Bloomberg Intelligence analyst Rob Barnett.

EasyJet and IAG are both burning cash but could raise more, he said, while Wizz and Ryanair “are the most prepared for a long period of limited flying”.

Ryanair is scheduled to reports quarterly results on Monday.

The Dutch airline also says government plans to require all passengers and crew to pass a Covid-19 test before flying to the country will be ...
Companies
1 year ago