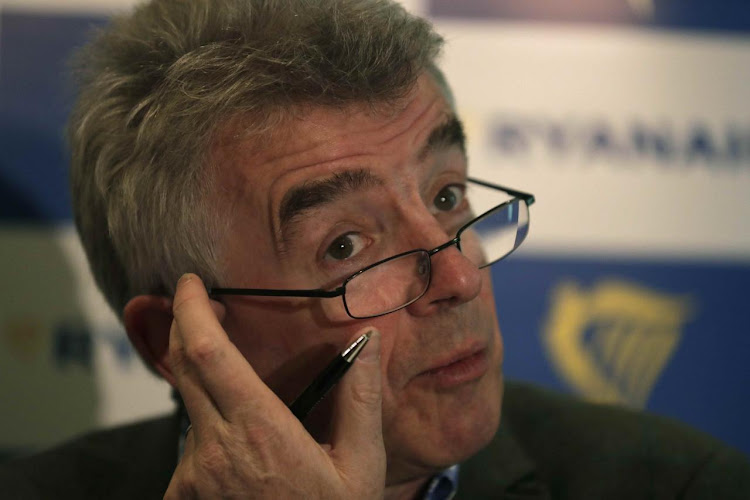 Dublin — Ryanair recorded its first loss for the key summer period in 30 years as a result of the coronavirus crisis, which threatens to cut passenger numbers to half pre-pandemic levels in 2021.

But a stronger than expected balance sheet bolstered investor sentiment on Monday as Ryanair CEO Michael O’Leary said there had never been a more exciting opportunity for growth than that likely to emerge out of the pandemic.

Shares in the Irish airline, Europe’s largest low-cost carrier, were up 6% on Tuesday, while easyJet and British Airways owner International Airlines Group were flat after a new lockdown was announced in England.

Ryanair posted a €197m loss in the six months to the end of September after Covid-19 restrictions cut traffic by 80% and O’Leary said a deeper loss was likely in the second half.

That was down from a profit of €1.15bn in the first half of 2019 and represented Ryanair’s first loss in its key summer quarter since 1990.

It was, however, less than the €244m loss forecast in a company poll of analysts, while cash balances increased to €4.5bn from €3.9bn in the previous quarter. O’Leary said he did not expect that the airline would have to raise more funds.

“Ryanair has delivered everything investors might have wanted ... in what remains unprecedented negative trading conditions,” Goodbody analyst Mark Simpson said in a note.

Plans to fly 40% of last year’s traffic levels in the winter might be pared back further, O’Leary said.

But Ryanair is likely to outperform broader European traffic, which he said could fall as low as 25% of last year’s levels, and plans to fly 50% to 80% of its pre-pandemic capacity next summer, depending on how the crisis develops, he said.

O’Leary forecast Ryanair would emerge from the Covid-19 crisis with “meaningfully” lower staff, plane and airport costs and was in talks with Boeing for extra aircraft to take advantage of opportunities created by struggling rivals.

“There has never been a more exciting ... opportunity for growth, certainly in the European airline industry,” he told a conference call with investors.

“It's going to rebound very strongly with huge ... pent-up demand and Ryanair will, in my view, be by far the best position.”

O'Leary said Ryanair had yet to finalise terms with Boeing on compensation for the 18-month delay of deliveries of the grounded 737 MAX jet, with the first 30 of 135 jets on order due to arrive next summer.

But he said he was in talks about additional jets to take advantage of growth opportunities, most likely the 197-seat MAX 200 due to production delays in the 230-seat MAX 10.

CFO Neil Sorahan said Ryanair was also talking to Airbus about a possible order but that talks with Boeing were “more advanced”.

If the rescue plan can be implemented, there are up to five potential equity partners waiting in the wings, according to the Treasury
National
6 months ago

The pandemic has put further stress on shaky relations between the two biggest shareholders, with KLM long resenting French control
Companies
6 months ago

It is also shuttering regional airline Cathay Dragon and redoing contracts for pilots and cabin crew, with the aim to cut unsustainable cash burn by ...
Companies
6 months ago

This comes after Airlink recently signed a similar agreement with Qatar Airways, one of the world’s largest carriers
Companies
6 months ago
Next Article