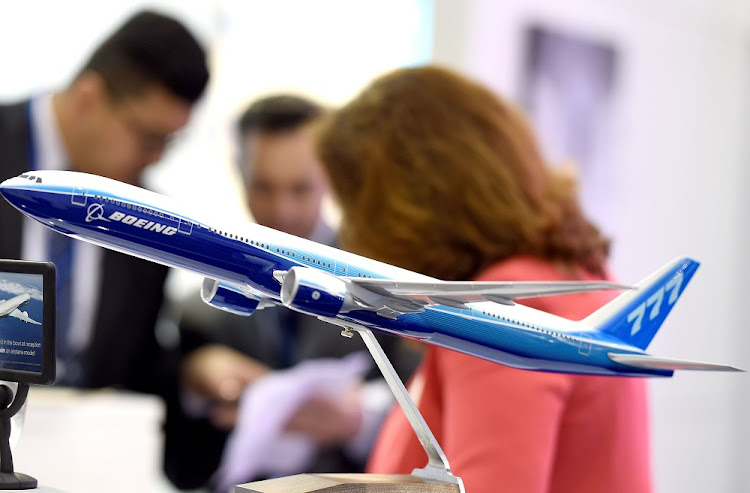 Boeing is thinning its corps of vice-presidents and winnowing real estate holdings, including a splashy outpost near the Massachusetts Institute of Technology (MIT), as the plane maker works furiously to counter plunging aircraft sales and mounting costs for the grounded 737 Max.

About 170 mid-level executives, 70 of them based at Boeing’s commercial plane division, are taking a buyout offer that includes a year’s salary, according to people familiar with the matter. The first of the vice-presidents and senior managers to accept the terms will leave the company on October 2, followed by a second wave later in the year.

The cuts go deeper and wider than the 19,000 jobs pared earlier in 2020 when the coronavirus pandemic sent air travel into an unprecedented collapse. Stemming the cash outflow has become a paramount concern for Boeing, and the company is also wringing savings from investments in futuristic technology as well as its businesses and organisational structure.

The biggest and most controversial of the cost-saving measures being considered by Boeing would be to build the 787 Dreamliner at a single site, most likely its South Carolina factory, and close a second final-assembly line in Everett, Washington.

The decision on production amid a steep plunge in wide-body jet deliveries is expected to be announced as soon as October, according to two of the people, who asked not to be named because they were not authorised to speak publicly.

Boeing also is jettisoning holdovers from the days when it was flush with cash. One example: a lavish executive retreat, modelled after a French chateau, in the countryside near St Louis. The Boeing Leadership Center is closing indefinitely, with 81 workers from chefs to waiters losing their jobs, according to a report in terms of the Worker Adjustment and Retraining Notification Act.

CEO Dave Calhoun and CFO Greg Smith warned in July that the company faced a shrinking market that is likely to remain depressed for years. The Chicago-based company could see a staggering $23.3bn cash outflow this year, according to an estimate by Melius Research analyst Carter Copeland, before the resumption of Max deliveries starts to fill the company’s coffers in 2021.

Smith, who is orchestrating the shake-up, said in August that Boeing needs to be “clear-eyed about the market” and how to mitigate its risks.

Boeing signalled in August that a new voluntary exit offer would take workforce reductions well beyond the 10% it initially targeted. The package was aimed at the commercial aircraft and services businesses, the most damaged by the pandemic, as well as the corporate operation, which employed 37,862 people at the start of the year. Fewer employees in the company’s defence, space and government business were eligible for the buyouts.

Boeing is trimming R&D spending in part by phasing out Boeing NeXt, a two-year-old unit focused on futuristic concepts from flying cars to a supersonic business jet.

Aurora Flight Sciences, among the highest profile of the ventures, remains a wholly owned subsidiary with work proceeding “full steam ahead”, a Boeing representative said.

But the company has tapped the brakes on the Autonomous Flight Research Center it had planned to open this year in MIT’s Kendall Square Initiative in Cambridge, Massachusetts, near the university’s campus.

Boeing is trying to sublease about half of the space it had secured, said Peter Conway, director of research for Boston-based Lincoln Property, which does not represent Boeing or the landlord. Aurora no longer plans to move its Cambridge-based team to the building, Boeing said.

The company plans to decide by year end whether to maintain or monetise its stakes in three ventures:

“It’s a different world now,” said Stephen Perry, an investment banker who specialises in aerospace and defence deals at Janes Capital Partners. “They’re all cash-draining businesses in the short run, with an uncertain future.”

Boeing, Perry said, needs to focus on its core businesses because it’s “in a fight for survival”.