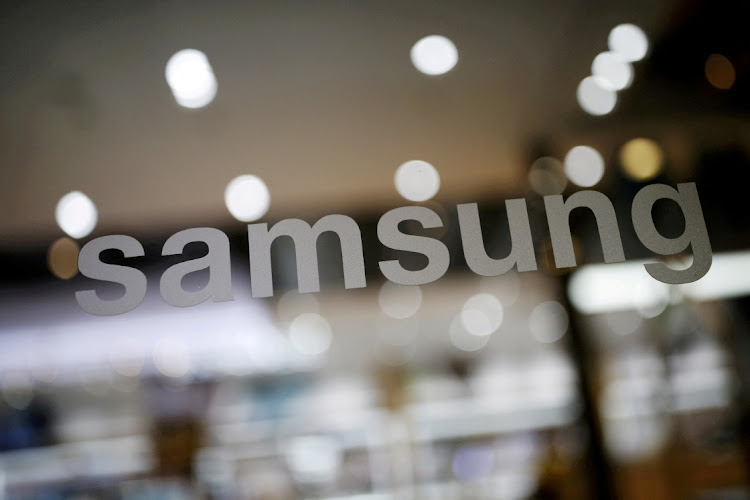 The logo of Samsung Electronics is seen at its headquarters in Seoul, South Korea on April 4 2016. File Picture: REUTERS/Kim Hong-Ji

Seoul — Samsung Electronics is likely to turn in its best April-June profit since 2018 with a 15% year-on-year rise, as lingering demand for its memory chips from server customers offsets lower sales to inflation-hit smartphone makers.

Operating profit for the world’s biggest smartphone and memory-chip maker is likely to have jumped to 14.46-trillion won ($11.2bn) in the quarter, according to a Refinitiv SmartEstimate from 24 analysts, from 12.57-trillion won a year earlier.

Its chip earnings are likely to have soared 49% to 10.3-trillion won, an average of seven estimates shows. The chip business accounts for about half of the South Korean tech giant’s profits.

Chip inventories at these companies are not high compared to 2018 levels, Park said.

Making a case for strong server demand, Taiwanese contract electronics supplier and Apple iPhone maker Foxconn on Monday raised its full-year outlook and said it was optimistic about the third quarter.

Still, chipmakers worldwide are facing cooling demand after two bumper pandemic years when people bought phones and laptops to work remotely, which resulted in a chip shortage and forced companies including carmakers to pay top dollar for key chips, pushing their prices up.

Concerns about a downturn in major markets, including the US, due to high inflation and the war in Ukraine are also prompting consumers and corporates to tighten budgets.

Rival memory-chipmaker Micron Technology last week forecast much worse-than-expected quarterly revenue and said the market had “weakened considerably in a very short period of time”, though it was confident about long-term demand.

Samsung’s mobile business profit is expected to have slipped some 17% to 2.7-trillion won from a year earlier, analysts said. They expect the company’s smartphone shipments to have dropped to between 61-million and 68-million units in the second quarter, from 74-million in the first.

Industry-wide shipments of smartphones to China — the world’s biggest smartphone market — are expected to shrink by 18% this year, according to Gartner.

Shares in Samsung, which will announce preliminary results on Thursday, have fallen about 27% this year, versus a 38% slump in the Philadelphia semiconductor index.

World’s largest maker of smartphones, displays, memory chips and consumer appliances says the main focus will be on semiconductors and ...
News
2 months ago