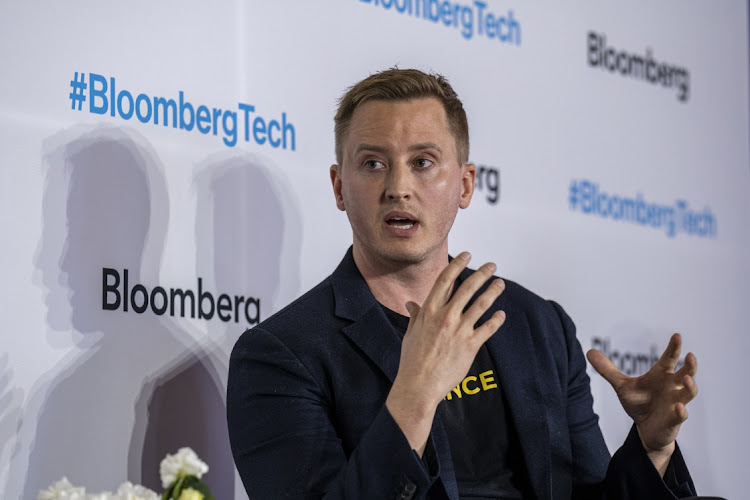 Binance US CEO Brian Shroder speaks at a conference in San Francisco, California, the US, June 8 2022. Picture: DAVID PAUL MORRIS/BLOOMBERG

New York  — Binance US and CEO Brian Shroder were sued on Monday by an investor who alleges the cryptocurrency exchange falsely marketed TerraUSD as a safe asset ahead of the stablecoin’s collapse in value in May.

Stablecoins are digital tokens pegged to the value of traditional assets, such as the US dollar, and are popular as safe havens in times of turmoil in crypto markets. But TerraUSD’s value plunged last month, breaking its 1:1 dollar peg and contributing to a tumble in other crypto assets such as bitcoin.

In the lawsuit against Binance and Shroder, Utah resident Jeffrey Lockhart said Binance falsely advertised TerraUSD as "safe" and backed by fiat currency, when in fact it was an unregistered security.

Lockhart said Binance’s failure to register with the US government as a securities exchange limits disclosure about assets traded on the platform, harming investors.

"Binance US profits from every trade, and therefore has a stark incentive to sell crypto assets irrespective of their compliance with the securities laws," Lockhart wrote in his lawsuit, filed in San Francisco federal court. "From Binance US’s perspective, the less disclosure, the better."

A Binance spokesperson said the exchange is registered with the Financial Crimes Enforcement Network — a unit of the US treasury department — and complies with all applicable regulations.

"These assertions are without merit and we will defend ourselves vigorously," the spokesperson said in a statement, adding that the exchange will delist TerraUSD, a decision made before the lawsuit was filed.

Lockhart is seeking to have himself and other investors who bought Terra on Binance registered as a class.

The lawsuit comes after a bipartisan group of US senators last week proposed legislation to have the Commodity Futures Trading Commission (CFTC), not the Securities and Exchange Commission (SEC), play the primary role in regulating crypto.

The CFTC is generally seen as friendlier towards cryptocurrencies, as the SEC has found crypto assets should be seen as securities.

Cryptocurrencies continued their slide on Monday, with bitcoin touching an 18-month low and second-largest token ether tumbling as much as 18%.

Values have taken a beating lately, and some have crashed so hard they have blinked out of existence
Opinion
2 weeks ago

Bitcoin breaks below $30,000 as TerraUSD continued its downward spiral
News
1 month ago
Next Article