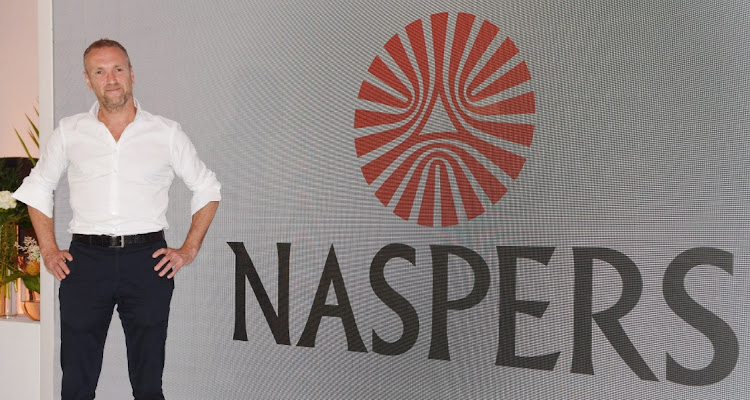 Naspers and Prosus added a combined R177bn to their market caps on Wednesday as the stocks rallied due to good news about gaming in China, a major source of revenue for the group’s largest investment, Tencent.

Naspers’s fortunes are closely tied to those of Tencent and all news out of China can have a large effect on its share price and that of Prosus.

This week, China approved the release of dozens of new video games, after tightening restrictions on the entertainment genre which hurt prospects for Tencent, the world’s second-largest video-game maker.

Meanwhile The Wall Street Journal reported on Monday that Chinese regulators are wrapping up their investigation into ride-hailing giant Didi, in which Tencent has a stake, and will allow it to register new users.

Investors are hoping that this indicates that a painful crackdown on the technology sector is easing. 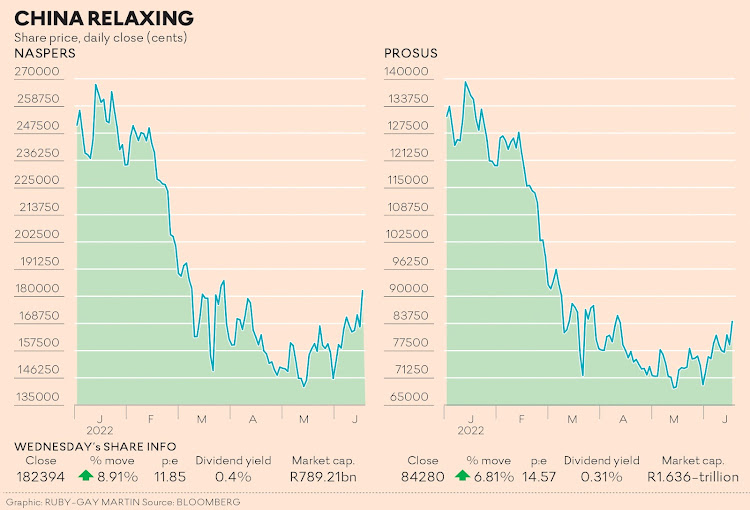 Vestact Asset Management said in a note the rally in Tencent's share price “will be music to the ears of long-suffering local Naspers and Prosus shareholders”.

Naspers and its international subsidiary have been battered over the past year due to a crackdown on technology companies by Chinese authorities.

Prosus lost almost a fifth in 2021, wiping off more than R400bn as investors continued to worry about the safety of their capital in the Asian country.

The onslaught, which previously ensnared the business empire of Alibaba founder Jack Ma, leading to the cancellation of a proposed $37bn listing of his Ant Group, saw Prosus lose its spot as the biggest company by market cap on the JSE earlier this year. Once worth R4-trillion, the combined value of Naspers and Prosus is now about R2.55-trillion.

Despite all the volatility of being invested in a Chinese tech company, Naspers CEO Bob van Dijk vowed in March not to abandon the world’s largest internet market.

Since he took over in 2015, Van Dijk has faced pressure to deal with the discount at which Naspers traded to the value of its Tencent holding, prompting him to come up with a number of corporate actions, including share buybacks, the listing of Prosus and acquisitions of more e-commerce companies.

Those moves have paled in comparison with the effect of China’s crackdown on the power of technology companies and their billionaire owners, culminating in December 2020 with the move against Ant.