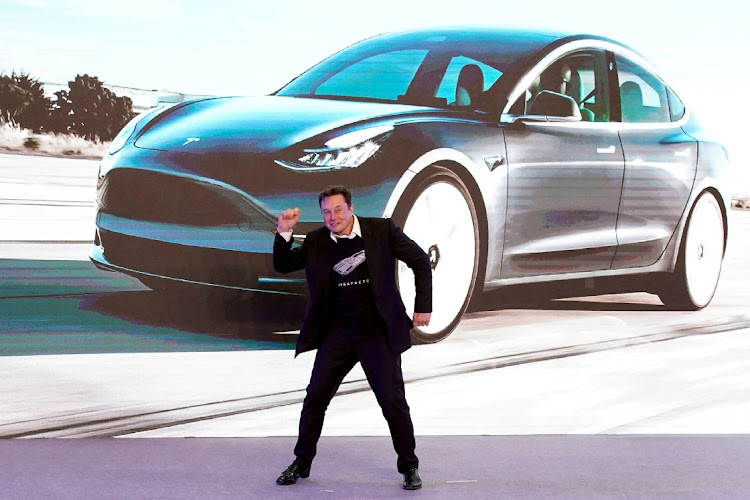 San Francisco/Sydney — Tesla CEO Elon Musk has a “super bad feeling” about the economy and wants to cut about 10% of jobs at the electric carmaker, he said in an email to executives seen by Reuters.

The message came two days after the world’s richest man told employees to return to the workplace or leave the company.

Tesla employed about 100,000 people in the company and its subsidiaries at the end of 2021, according to its annual SEC filing.

Musk’s stark warning of a potential recession and the knock-on effect for automakers is the most direct and high-profile forecast of its kind in the industry.

While concerns about the risk of a recession have grown, demand for Tesla cars and other electric vehicles has remained strong and many of the traditional indicators of a downturn — including increasing dealer inventories in the US — have not materialised.

But Tesla has struggled to restart production at its Shanghai factory after Covid-19 lockdowns forced costly outages at the plant.

A “hurricane is right out there down the road coming our way,” Dimon said this week.

Inflation in the US is hovering at 40-year highs and has caused a jump in the cost of living for Americans, while the Federal Reserve faces the difficult task of dampening demand enough to curb inflation while not causing a recession.

Before Musk’s warning, which came in an email titled “pause all hiring worldwide”, Tesla had about 5,000 job postings on LinkedIn from sales in Tokyo and engineers in its new Berlin gigafactory to deep learning scientists in Palo Alto.

Musk’s demand that staff return to the office has already faced pushback in Germany.

In an internal email this week, the Tesla CEO said “everyone at Tesla is required to spend a minimum of 40 hours in the office per week”, and “if you don’t show up, we will assume you have resigned”. That drew criticism from worker advocates about potential exposure to the coronavirus.

Musk got into a Twitter spat with Australia’s third-richest man on Thursday over the value of putting an end to the pandemic-era habit of remote working.

The co-founder of Australian project management software maker Atlassian, Scott Farquhar, ridiculed the directive in a series of tweets as being “like something out of the 1950s”. The London-listed company’s “work from anywhere” policy was “key for our continued growth”, he said.

Musk shot back: “The above set of tweets illustrate why recessions serve a vital economic cleansing function”.

In late May, when asked by a Twitter user whether the economy was approaching a recession, Musk said, “Yes, but this is actually a good thing. It has been raining money on fools for too long. Some bankruptcies need to happen.”

Jason Stomel, founder of tech talent agency Cadre said: “I think there’s potential that this is just a disguised layoff, meaning they’re able to get rid of people with attrition, or without having to actually have a layoff.”

"(Musk) knows there’s a percentage of workers who are just not going to come back,” which he said would be cheaper because no severance would be needed.

In Silicon Valley, many tech firms moved to mixed home and office working during the pandemic, while others have set dates for returning to the office only to push them back as new outbreaks have occurred.

Musk, the world’s wealthiest man and also CEO of SpaceX, has a record of taking on other billionaires. In 2021, he posted an image of a second-place medal in response to a tweet by Jeff Bezos celebrating the success of Amazon.com.

In 2017, Farquhar’s Atlassian co-founder, Mike Cannon-Brookes, co-operated with Musk, publicly taking up and facilitating his offer to supply a powerful Tesla battery installation for the state of South Australia after it suffered a blackout in 2017.

Cannon-Brookes, who has since led a campaign to buy Australian energy company AGL Energy and speed up its transition to renewable power, reposted Farquhar’s remarks criticising Musk’s return-to-office order.

The case of Amazon workers wanting to recover their work-from-home expenses moved a step closer to trial after a judge rejected a bid to dismiss the ...
News
2 months ago

South Africans are now able to work for firms in other countries, even if they are not willing or able to relocate overseas
Opinion
2 months ago