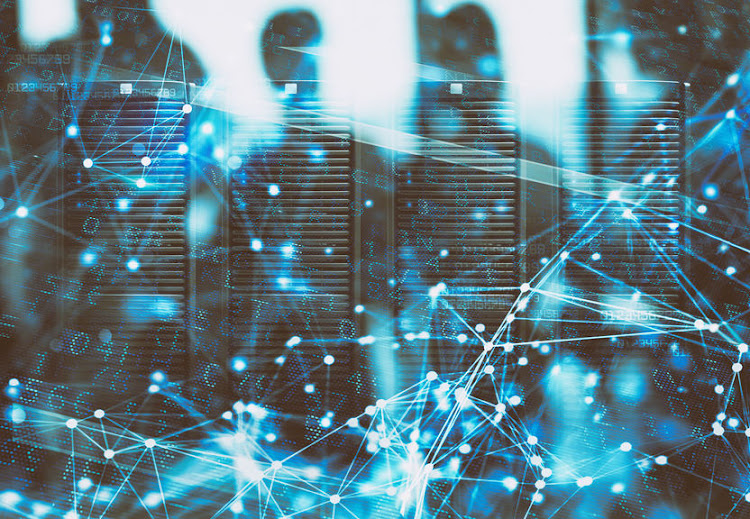 Shares in Datatec rallied on Wednesday as the ICT group flagged a more than eightfold rise in profits for its year to end-February, citing strong demand for networking, security and cloud infrastructure.

Headline earnings per share (Heps) are expected to be between 15.5 and 16.5 US cents in the year to end-February, the group said in a trading statement, from 1.8 US cents previously, an increase of as much as 816%.

Valued at R8.3bn on the JSE, Datatec is one of the JSE’s largest information and communications technology (ICT) services companies. Its update on Wednesday implies headline earnings, the main profit measure in SA that excludes one-off items, of as much as $38.5m (R617m), about triple its pre-pandemic levels.

The company’s shares had a volatile day on the JSE, with the price initially falling 2.95% to R37.15, putting it on track for its worst day in almost a month. However, it reversed the losses after the trading update, rising as much as 5% at one stage. By the JSE’s close, however, it was up just 0.97% to R38.65.

The stock is 28% higher than it was a year ago, but that is still a far cry from the R137 it commanded at the turn of the century and about half of its almost R77 in 2015. 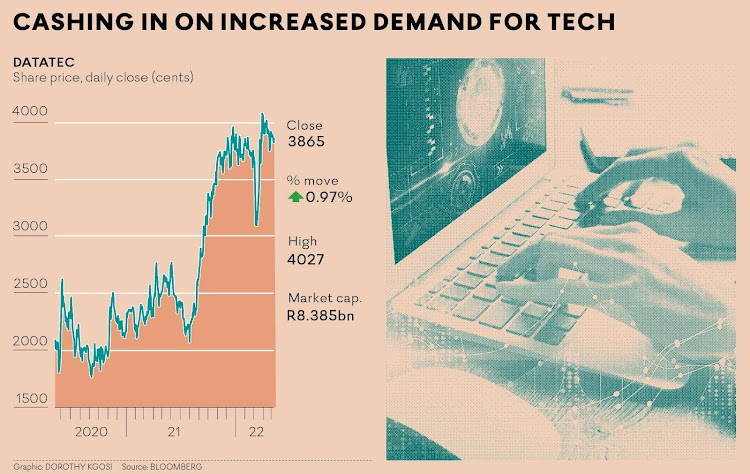 Much of these losses have been attributed to the firm’s international operations — the bulk of its business — which struggled to be profitable over the past decade, resulting in a series of corporate actions to slim down the group.

As a way to address its valuation gap, Datatec CEO Jens Montanana has assembled a team from Lazard, known as the world’s largest independent investment bank, to try to find ways to unlock value. The company said it is considering all options, but a few on the table include separately listing Logicalis and WI or selling to a larger group, as Adapt IT did when it was taken over by Canada’s Volaris.

The group, like other firms in the sector, has reported benefits from the pandemic-era remote working trend, which has also forced many companies to rethink their digital infrastructure requirements.

Datatec said on Wednesday it is still dealing with the effects of the global semiconductor chip shortage, which has led to a rise in the number of orders waiting to be fulfilled.

Datatec has been working to beef up its expertise and assets in new technologies such as 5G in recent years. Last week, the company said it had acquired space-focused consulting group Northern Sky Research. In 2021, Datatec acquired Siticom, a German company that provides 5G infrastructure, through its Logicalis unit, in a deal worth more than $20m.

The acquisition will boost the group’s knowledge base and services in areas such as fibre and satellite platforms, Datatec says
Companies
3 weeks ago

Datatec: Pricing in an exciting outcome

Datatec used to be cheap. That isn't the case any more
Companies
6 months ago
Next Article