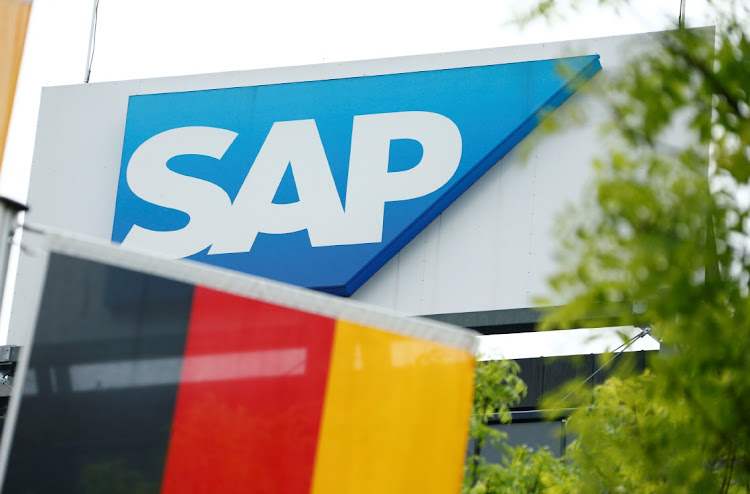 The logo of German software group SAP is pictured at its headquarters in Walldorf, Germany. Picture: REUTERS/RALPH ORLOWSKI

Stockholm — German business software group SAP reported on Friday a first-quarter revenue growth of 11%, beating estimates on a boost from its cloud business, but flagged a revenue hit of €300m because of its exit from Russia.

Earlier this week, the company said it plans to exit Russia completely in response to Moscow's invasion of Ukraine.

SAP said its annual adjusted profit will drop nearly €350m and it will take restructuring charges of about €80m-€100m.

Despite the affect on its Russian business, SAP affirmed its 2022 forecast for cloud revenue of between €11.55bn and €11.85bn at constant currency rates.

The company's cloud and software revenue climbed 12% to €6.06bn in the first quarter ended March 31.

“Current cloud backlog grew at a healthy rate and continues to support our confidence in our long-term plans and outlook for the year,” CFO Luka Mucic said in a statement.

In the first quarter, current cloud backlog, which measures incoming business, was up 28% at €9.73bn. The war in Ukraine cut the backlog growth at constant currency rates by 0.8 percentage points.

Adjusted earnings per share were 63c, below estimates of €1.07, mainly due to lower contribution from investments in venture capital firm Sapphire Ventures.

SocGen to take €3bn hit on sale of Rosbank

Heineken has become the latest international company to exit Russia following its invasion of Ukraine.
Companies
4 months ago
Next Article