Bidding for new spectrum to finally start on Tuesday 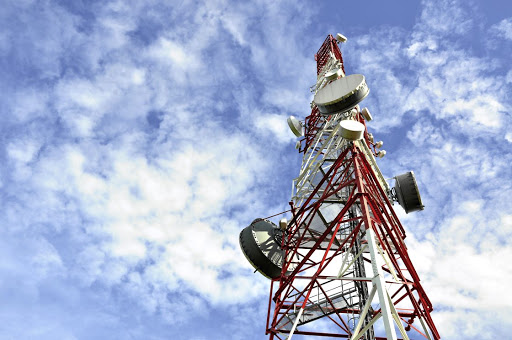 SA’s telecommunications players are gearing up for the first auction to issue new radio frequency spectrum in more than a decade, starting on Tuesday.

The high cost of electronic communication in SA has largely been blamed on a lack of competition and the “spectrum crunch”. Fixing this issue has become a part of President Cyril Ramaphosa’s economic recovery plan, but its implementation has been delayed. The last time SA released spectrum was in 2004/2005.

According to the Independent Communication Authority of SA’s (Icasa) plan, a number of auctions will take place in the coming days.

Icasa is set to begin with an opt-in auction on March 8. This consists of a single bidding round where eligible bidders may submit bids to achieve a minimum spectrum portfolio (MSP). In essence, this will ensure that when combined with their existing spectrum holdings, successful bidders have access to at least two 10MHz lots in bands below 1GHz, and 60MHz above 1GHz.

Cell C, Liquid Telecoms, Rain and Telkom are the only ones eligible to bid during this round, leaving out Vodacom and MTN. Bids are to be placed in person between 10am to noon on the day, with the outcome to be announced at the end of the round.

In 2021, this opt-in round had been at the heart of MTN’s court challenge against Icasa, with the telecommunications company fearing that precious allotments of 5G spectrum would be scooped up by the smaller operators, leaving nothing on the table for the two large network providers.

The main round of bidding, what Icasa calls “the main stage”, will take place on Thursday from 9am to 5pm, using an online platform.

“As the main stage is conducted in multiple bidding rounds and will end when bidders do not submit any newer bids (or waivers), a public announcement will be made after the conclusion”, Icasa said on Monday.

Once completed, the final piece will be the assignment phase, an administrative process to determine the allocation of spectrum won with each of the operators.

The regulator says there will be one business day between the conclusion of the main stage and the start of the assignment phase, which will be concluded in a single day.

At least R1bn has been set aside by the government to complete this process, according to the National Treasury.

Icasa has been redrafting its plan for the spectrum auction after an agreement with mobile operators, which was endorsed by the high court in September. The regulator had planned to auction about R8bn worth of broadband spectrum in 2022, but the March deadline could not be met because of legal battles over the process.

In the latest challenge, Telkom filed an application asking the high court to review and set aside the regulator’s invitation to apply, citing a number of flaws in the proposal.

That case, set to be heard in mid-April, had threatened to derail the auction yet again. Telkom said the regulators and other parties “would now be expected to carefully consider the prudence of proceeding with the auction, mindful that the outcome of the hearing … may have a material impact on the process and outcomes of the auction”.

Over the past year, Telkom has been at the forefront of picking apart the regulator’s plan for issuing new spectrum.

You may have expected more emphasis this year on SA’s fourth industrial revolution. You’d have been wrong
Special Reports
4 months ago