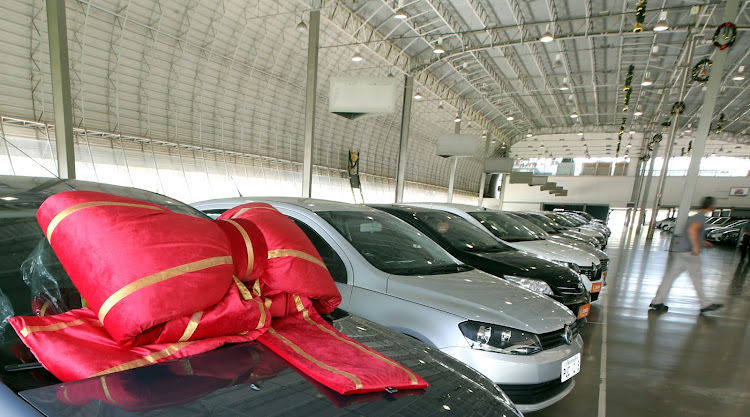 The days of renting or leasing vehicles in SA may be numbered with the arrival of car subscription platform FlexClub, which has even secured the backing of an industry stalwart and traditional rival in the form of fleet and rental giant Avis.

Founded in 2018, FlexClub is a technology-backed start-up that allows people to subscribe for a car in SA and Mexico.

The platform works as an online marketplace that connects customers looking for access to long-term vehicle use with flexible terms, through a network of partners. FlexClub is competing in a growing market that has seen the emergence of other local start-ups such as Naspers-backed Planet42.

In essence, these companies use a subscription model to give people access to vehicles. This can be seen as a form of long-term rental as lease periods typically exceed the one-day or one-week periods that traditional rental companies such as Avis and Hertz specialise in. The cost is generally also cheaper than financing a vehicle.

Ride-hailing firms such as Uber and Lyft have revolutionised transport and helped usher in the shared economy. Given the increasing number and popularity of subscription services such as Netflix and Spotify, it’s not hard to imagine that vehicles will become a subscriber-based service.

Earlier in February, Avis put FlexClub in charge of part of its fleet, an indication of the business model’s growing adoption from more traditional players in the sector. Through this deal, the technology start-up and Avis have created a service for long-term vehicle subscriptions.

In an interview, FlexClub co-founder and CEO Tinashe Ruzane says their model “is a hybrid between renting and leasing”.

FlexClub’s initial tie-up with Avis came in 2021 when the company started using the platform for its car rental division, Avis Budget Car Rental. That has now been expanded to include Avis Fleet, the group’s leasing arm.

Ruzane says FlexClub mainly catered to Uber and other gig economy drivers at its founding, but now most of its customers are consumers. In addition, Covid-19 and its lockdowns shifted a lot of consumer mindsets about vehicle financing.

“On the demand side of our platform, we have three groups of users,” said Ruzane, who was formerly the head of vehicle solutions for Uber across Europe, the Middle East and Africa.

“But right now 90% of our customer base in SA are actually consumers. So the first two years of our journey we were focused entirely on workers, and that's also because we felt that that was a segment that was incredibly poorly served by the options that were out there.

“In 2021 we launched this consumer product, which is now our biggest product.”

He said consumers had taken to the model for different reasons, such as where a person moves to a city for a short contract period, six months for example, where it’s too short a time to finance a vehicle but too long a time to have a traditional rental option.

While FlexClub has focused on working with fleet and rental companies so far, the likes of Planet42 are attacking the market through funding alternatives.

Planet42 has developed credit scoring algorithms, which it uses to bridge the lending gap, using a wider range of data sources than traditional credit scores to assess risk. These algorithms determine a “suitable budget” for each customer and, based on this, subscribers can choose any new or pre-owned car, the company says.

Through a network of more than 700 local car dealerships, Planet42 buys the car and rents it out to the customer on a subscription basis, with customers being able to either buy or return the car at any time. Since its founding, the company has bought more than 7,000 vehicles using this model.

Boston Consulting Group estimates that in the next 10 years, car subscriptions could become a $30bn-$40bn market. While vehicle manufacturers are credited with having created the model, those businesses have not had much success. However, in recent years, start-ups such as Cazoo and Fair from the UK, Germany’s Cluno, and Spain's Bipi have brought new life into the sector, helped by changes in consumer car buying behaviour brought on by the Covid-19 pandemic.

FlexClub has so far raised just over $6m or R100m.

“At this point we’ve raised a little over $6m total, powered by some debt alongside that capital. The largest bankers we have are folks out in the US, venture capital firms such as Kindred Ventures and CRE Venture Capital that are backing the idea,” said Ruzane.

As for future funding plans, he says: “We're always raising.”

Stakeholders call for laws to unleash start-ups in SA

Such enterprises are engines of growth globally, but are held back in SA by lack of legislation, according to study
Companies
9 months ago

PODCAST | Subscription transport and its potential in SA

Founded in 2018, FlexClub is a technology-backed start-up that allows people to subscribe for a car, as opposed to renting, leasing or owning
Companies
3 months ago