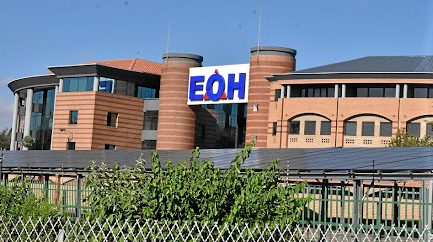 EOH has hit back against allegations that it owes taxes to the SA Revenue Service (Sars) due to underhanded dealings with one of its subsidiaries, after media reports earlier this week that the technology group says are full of “factual inaccuracies.”

On Wednesday, The Star reported that through an investigation, it had uncovered that EOH owes in excess of R39m in taxes, due to underhanded dealings with one of its subsidiaries Mehleketo Resourcing.

In response EOH said: “This article was set in motion after a request for information addressed to our EOHchairperson. As part of our commitment to transparent engagements with all stakeholders we requested formal engagements with the media house which were unfortunately ignored.

“EOH still remains open to meet with any media houses to provide clarity on this matter.”

“It is further important to note that EOH and its subsidiaries’ conduct were at all times informed by both expert legal advice and in accordance with internationally accepted accounting practices.”

In a letter sent to The Star, and seen by Business Day, EOH’s group chief risk officer Fatima Newman, said the articles written on the matter “are replete with factual inaccuracies, which could have been avoided had you taken up the invitation to meet with us.”

This matter is unlikely to sit well with CEO Stephen van Coller and his team who have been fighting to regain EOH’s credibility after revelations of a corruption scandal surfaced which contributed to a 95% fall in its shares over the past five years.

In September 2018, the group brought in Van Coller — a former MTN executive — to turn around the group, which was facing a R4bn debt pile at the time.

When the new management came in, it appointed law firm ENSafrica to investigate allegations of fraud and corruption. The investigation found underhand dealings with government clients, including transactions worth more than R600m for which there was no evidence of valid contracts or of any work being done.

At about the same time as the ENS probe was initiated, Microsoft cancelled a lucrative software-licence agreement it had with EOH.

How EOH plans to win over the sceptics

EOH is finally back in the black, and signing on lots of new business. But stubborn debt has stalled its share rally
Money & Investing
2 months ago