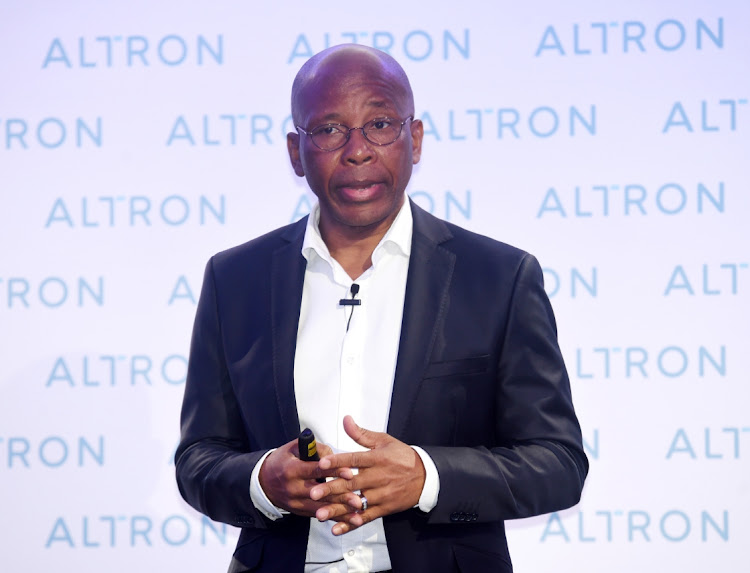 Technology group Altron says digital security — an area in which  the company has been investing heavily over the past two years — could make as much as 20% of earnings in the coming years, while helping the company grow its footprint in developed markets like the UK.

The group — valued at R4.38bn on the JSE — is pursuing a strategy that involves focusing on growth areas such as cloud, data analytics and the internet of things, while it has been working to beef up its cybersecurity offering in recent years.

While the company has been focused on trimming some of its operations down, a strategy that began with separately listing its biggest money spinner, Bytes Technology, the group has been making acquisitions in security.

In the half-year to end-August, Altron Security grew its revenues to R58m from R56m previously.

Though relatively small for now Altron CEO Mteto Nyati told Business Day they expect the security business to contribute 15%-20% to group revenues in the coming years. Nyati did not say how long it will take to get there but said the focus for now was on integrating their latest acquisition into the group’s operations, so they can begin building on it.

Lawtrust is a digital trust service and cyber information security solution provider. Its services include authentication, encryption, digital signatures and biometrics through fingerprint and facial recognition technology. It provides services to more than 500 clients in the private and public sector.

The unit had become one of Etion’s biggest earners in recent years. Though marked as a discontinued operation in the company’s books, Etion Secure contributed about 39% to group revenue for the year to end-March.

The business’s key software on offer to clients is around “advanced electronic signatures” which is “as good as signing on paper”, Nyati says, explaining that demand for this is high at the moment given the increasing use of technology and agreements being made remotely.

Until quite recently, the law stipulated that a statement or document could only be acknowledged, verified or made under oath with a handwritten signature. Lawtrust says it was the first accredited authentication service provider in SA, and remains the only private company accredited under the requirements of the Electronic Communications Act.

Nyati says they could grow the business internationally in one of two ways: signing up partners to sell the software on Altron’s behalf or use their own channels to do the same.

“That could mean signing up a software reseller like Bytes to have a presence in that market,” said Nyati. “We’ve already established our own presence in the UK, which means we would be able to [also] represent ourselves in that market. We’d like to sign up similar partners — who will resell our intellectual property — in key markets like the US and the Middle East.”

The UK is already a market that Altron has had previous success in, given the growth of Bytes before the demerger in December 2020.

Ubusha on the other hand — which Altron has had more time to integrate into its operations — provides advanced technologies for online identification and authorisation, among other services. The unit is said to be the largest identity security company in Africa. Its key customers include Standard Bank, Nedbank, Absa, First National, the JSE, Vodacom, Telkom and Massmart. Internationally, its key clients are Nasdaq, Vitality UK, Investec and Vodafone.

Nyati says they will use the Ubusha network as another channel within which to offer Lawtrust’s products, particularly in financial services and telecoms.

Altron upbeat about prospects, but clients hold off on large projects

Altron group CEO Mteto Nyati says that business no longer aligned with its ‘Altron 2.0 strategy’ but that it had a great industry track record
Companies
2 months ago
Next Article

Alaris bet on Linwave pays off

Alaris bet on Linwave pays off