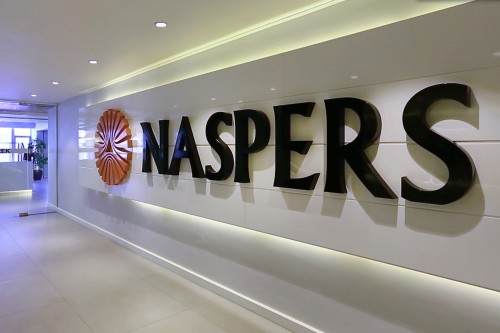 A purely passive investor tracking the JSE all share index, which weights companies based on their market capitalisation, might think their portfolios are diversified. But that would be misleading, especially considering that Naspers and its global internet arm, Prosus, account for about a quarter of the broadest measure of SA equity performance.

That would imply significant concentration risk for investors, meaning that their diversified portfolios will not be safe if corporate titans such as Naspers and Prosus, valued at a combined R3-trillion, comprise outsize portions of the index.

Last week, the JSE introduced a temporary measure to ensure that the two behemoths can fall without pulling everything else down with them.

The JSE said it has reduced the capping level of its capped indices, which were created years ago to limit the weighting of a single stock to prevent it from exerting a disproportionate influence on any index, from 10% each to 6%, meaning the Naspers and Prosus stable will have a combined weighting of 12%.

The move is good news for Naspers and investors.

Naspers has long bemoaned that its long-standing valuation shortfall to the sum of its parts was down to the fact it was too big for its own backyard and that investors were forced sellers of the stock to avoid concentration risk.

The group recently completed a convoluted share-swap deal with Prosus aimed at primarily reducing their weighting. After the transaction, in which Prosus offered to buy up to 45.4% in Naspers in exchange for its own shares, they would sit at about 16% combined. The new capping levels would restrict the two to a combined 12%.

Fund managers have also been calling for both company weightings to be jointly restricted at about 10% in the capped Swix all-share and capped Top-40 indices, arguing that both companies draw all their valuation from one source: Tencent, a R9-trillion Chinese internet company partially owned by Prosus.

“Capping is definitely a good idea considering the size of the two respective stocks,” said Roy Mutooni, an analyst at Absa Asset Management.

“While they provide diversification from the JSE’s SA and resource sector, it is never wise to have such a significant holding in a single underlying entity. Most fund managers had moved to capped indices for this very reason.”

However, some say the restrictions may have its perils.

Though Peter Takaendesa, head of equities at Mergence Investment Managers, agreed that capping limits risks, he said the considerations may be different for investors that are restricted to local investments.

“For investors who are not allowed to invest outside SA, who are running a domestic fund, the Naspers/Prosus portfolio is somewhat unique. Perhaps they would want high exposure to that because we don’t really have stocks like Facebook, Amazon, Netflix or Google. Naspers sort of provides that in SA,” he said.

The problem remains that the two companies derive their value from the same underlying asset base — mainly comprising the group’s one-third stake in Tencent — despite being separately listed. It has been a point of contention as to whether their capping should be as a single stock or as separate entities.

Takaendesa said 10%-15% is a “reasonable” combined limit for Naspers and Prosus. Anything more “is too much” in terms of risk.

“Perhaps the best solution would be to say stocks with the same underlying assets should have a combined cap of 10%. This effectively limits the concentration risk of a single asset to 10% as envisioned when the indices were created,” said Mutooni.

The new measure “is not a bad interim solution as it does limit the theoretical combined weight” to 12% instead of 20%, he said, but warned that it is “probably not an optimal long-term solution”.

The JSE said it will invite comments from market players on a permanent solution after the publishing of a proposal on the matter.

In recent months, Naspers shares have suffered in the market, driven by a technology crackdown by Chinese authorities. Down 7.4% in the last month alone, the stock closed 4.4% up on Wednesday at R2,590.