Technology services group Sebata says it expects to report losses for the year to end-March, amid a slowdown in spending by the government, its biggest client.

On Monday, the company, which supplies local government services such as meter reading and software, said its basic loss per share is expected to be 46.35c-51.23c, a decrease of  110.34%-111.43% compared with the positive earnings of 448.27c in the previous full-year.

The company, worth R310m, did not disclose what affected its performance during the reporting period, but it is likely that a slowdown in procurement by the state has continued to negatively affect its business.

In its past full-year results, Sebata said it had “experienced an accelerated slowdown in government spending”. 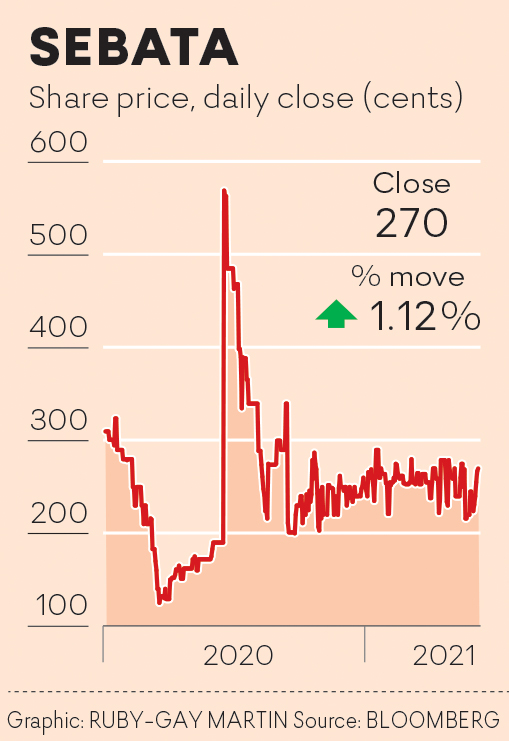 The company — formerly MicroMega Holdings — also noted that decision-making in the local government sphere had slowed,  and this was reflected in the number of tenders that had been extended and remained in the adjudication phase.

Sebata has also been restructuring its business in recent years, having disposed of a number of assets seen as unfit for its portfolio.

Last year, it sold the Software Group Companies for R501.9m to Inzalo Capital Holdings in a bid to improve its empowerment credentials.

The deal saw Sebata selling a 55% stake in Software Group Companies, which is made up of Sebata Municipal Solutions, R-Data and Micromega Accounting and Professional Services, which were all wholly owned subsidiaries of the company. A further 5% stake would be donated to Inzalo by Sebata.

A few months earlier, Sebata announced the sale of a majority stake in its subsidiary, the Water Group, for R388.4m to the same buyer, for the same purpose.

All this corporate activity has had an effect on the financial results of the company’s continued operations.

In its interim results commentary to end-September, Sebata noted that due to the large volume of corporate activity over the past few years — especially the sale of controlling stakes in the majority of the group’s investments to empowerment group Inzalo — the results were difficult to interpret at face value.

A thinly traded stock, Sebata shares saw a slight bump up in trading on Monday afternoon, closing the day 1.12% firmer at R2.70. The stock is now 12.50% higher since the start of the year.

The technology group, which services municipalities and the public sector, suffered a loss from continued operations of R123m
Companies
1 year ago

Sebata sells another subsidiary to Inzalo in latest B-BBEE deal

The tech group disposes of Software Group Companies for R501.9m to boost its empowerment credentials
Companies
1 year ago
Next Article