As well as helping ease of doing business, Kersti Kaljulaid says Estonia’s digital transformation has helped to build an online government platform for almost all services 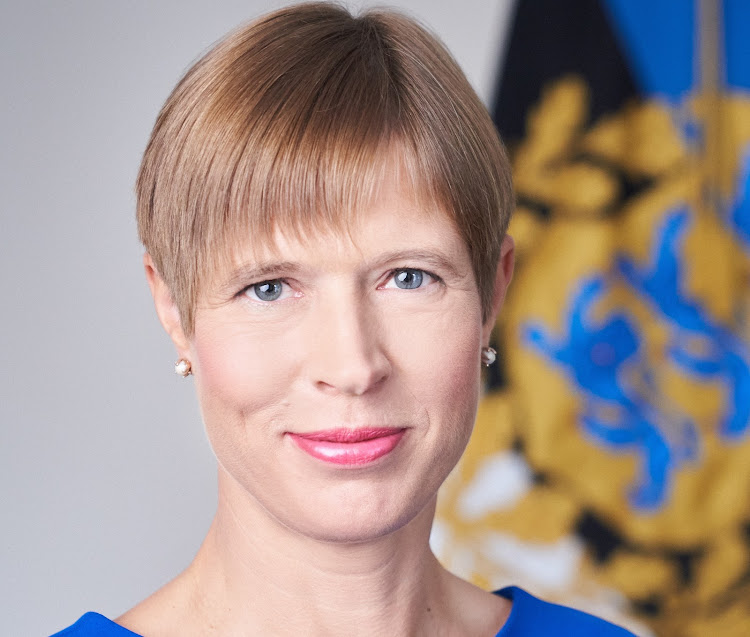 The president of Estonia says the country's digital residency permits will help SA business owners with an eye on the international market to trade globally, particularly in the EU, given the rise in online business activity, accelerated recently by the Covid-19 pandemic.

Formerly part of the Soviet Union, Estonia is a northern European country that has risen to become a formidable force in the digital world, both in the public and private sectors. The country has the highest number of technology start-ups per capita of any European country, having bred companies such as video communication service Skype, and e-hailing platform Bolt (formerly Taxify).

In an interview with Business Day, the president of the Republic of Estonia, Kersti Kaljulaid, said a key part of the digital adoption in the country had been digital passports and identities (IDs). The country has had these digital IDs in place for the past 20 years with citizens able to pay taxes, register businesses online and sign documents.

Beyond her duty to Estonian citizens, Kaljulaid and her government are actually encouraging people in SA to apply and register for digital residency in her country. Estonia offers a digital ID card as a way for people to do business online with a verified identity.

Though not a travel document, with a digital ID card, “e-residents” can register a business in Estonia within 24 hours from anywhere in the world. Kaljulaid says this allows SA entrepreneurs and business owners to manage an EU based company remotely, apply for EU based banking and credit accounts, use international payment services, declare taxes, and digitally sign legal and financial documents “from the comfort of their office or home”.

The e-residency programme — started in 2014 — has reached more than 80,000 digital entrepreneurs, so far. With more business being done online, Kaljulaid says this is a good option for SA business owners that want to trade in the EU, earning foreign currency in the process.

While it makes sense for non-EU citizens to make use of this facility, Estonia does benefit from the increased trade and business activity.

The country says it currently has e-residents from 170 different countries that have founded 17,000 companies in Estonia. Cumulatively, these companies had a turnover of €3.68bn (R63.1bn) as of February. In addition, €54m of inbound revenue to the Estonian government has been recorded since the e-residency programme was founded in 2014.

In addition to helping with the ease of doing business, Kaljulaid says their country’s digital transformation has helped to build an online government platform for almost all of their services.

“Estonia is a digitally transformed nation. Our private sector is no less digital than in Germany or the US but our government service is 99% online. You cannot get married online, but that is by choice. Everything else you do online — apply for social services and register the birth of a child online. It’s very comfortable. Estonia is not a densely populated country and we never go to any government office to queue,” Kaljulaid said.

Government service delivery has been a bone of contention in SA for many years with municipalities and government departments often accused of being slow and inefficient. In addition to the constant reports of rampant corruption, ordinary South Africans often have to spend a lot of time queuing at home affairs or other government departments for identity documents, vehicle registrations and all manner of administration.

Estonia has digitised much of its government services as a way to reduce bottlenecks and administrative hassles for citizens and businesses.

Digital IDs, Kaljulaid explains, have been instrumental in driving registrations for Estonia’s vaccination programme. Where many young people in her country have grown up with such systems, Kaljulaid a good place start when putting together an online identification system is digital birth records. Up to date records of citizens can go a long way in helping to create efficient national campaigns like a vaccine rollout, she says.

“What might be a problem in some countries in Africa is actually that you do not know who is born in your country. The registry of children born is not complete and therefore it is very hard as people grow up to find them,” Kaljulaid said. She pointed to election registers, which in SA have to updated constantly, saying these would be easier to compile if there was a digital record of each from birthday.

“I think our first objective globally should be that there is a digital public registry where each and every mother can register the birth of their child without going to any office.” From that, she says country can develop vaccination protocols in more effective ways.

Siyo’s interest in tech is about finding ways to commercialise it. He is doing just that at Telkom by transforming its Yellow Pages
News & Fox
4 months ago

‘Interesting’ time for Adapt IT

To say the bidding war for Sbu Shabalala’s Adapt IT is 'heating up', 'eventful' or 'interesting' would not do justice for a company that has largely ...
Companies
4 months ago

PODCAST | The future of healthcare in a digital world

Mudiwa Gavaza is joined by Ryan Noach, the CEO of Discovery Health
Companies
4 months ago
Next Article