AT&T in talks with Discovery to create new entertainment powerhouse 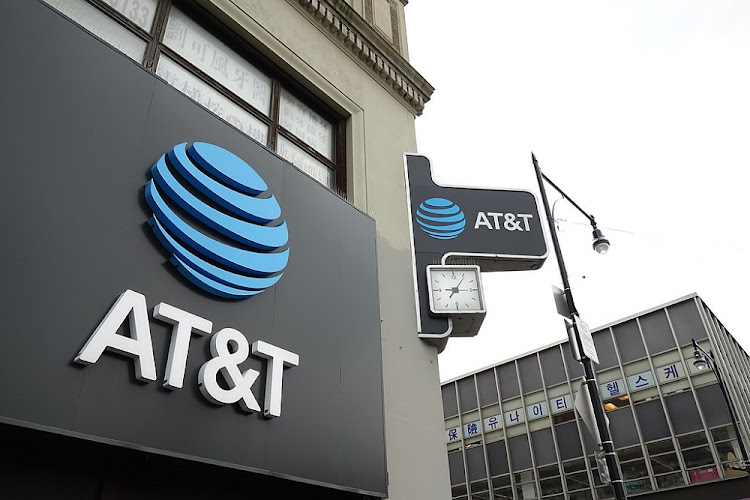 AT&T  is in talks to combine its media business with Discovery in a deal that would create a new entertainment powerhouse, according to people with knowledge of the matter, a surprising move for a company that spent $85bn to acquire the assets less than three years ago.

A deal could be announced as soon as this week, said the people, who asked not to be identified because the information is private.

The idea is to combine Discovery’s reality-TV empire with AT&T’s vast media holdings, building a business that would be a formidable competitor to Netflix and Walt Disney. Any deal would mark a shift in AT&T’s strategy after years of working to assemble telecommunications and media assets under one roof. AT&T gained some of the biggest brands in entertainment through its acquisition of Time Warner, which was completed in 2018.

The deal would underscore the difficulty telecoms companies such as AT&T and Verizon Communications have had finding a payoff from their media operations. Through its WarnerMedia unit, AT&T owns CNN, HBO, Cartoon Network, TBS, TNT and the Warner Bros. studio. Discovery, backed by cable mogul John Malone, controls networks such as HGTV, Food Network, TLC and Animal Planet.

CEO David Zaslav has helped Discovery grow through acquisitions, including a purchase of HGTV owner Scripps Networks Interactive that closed in 2018. Discovery’s class A shares have risen more than 18% this year, valuing the company at almost $24bn. AT&T has gained 12%, giving it a market capitalisation of $230bn.

The companies are still negotiating the structure of a transaction, and details could change or the talks could fall apart, the people said. Representatives for AT&T and Discovery declined to comment.

AT&T CEO John Stankey has been cleaning house at the sprawling telecoms titan, cutting staff and selling underperforming assets. The company has been funnelling money into rolling out its 5G wireless network, which requires billions of dollars of investment, as well as expanding its fibreoptic footprint.

The carrier has been boosting movie and television production to attract subscribers to its HBO Max streaming service. It also needs cash to pay down debt. AT&T became one of the world’s most indebted companies after an acquisition spree, and though it’s been paying down what it owes, it now has bills from a recent spectrum auction.

AT&T was the second-highest bidder in the Federal Communications Commission’s sale of airwaves, committing $23bn. Verizon, the top bidder, agreed to pay $45bn.

Any move involving AT&T’s content assets would come just months after it reached a deal to spin off its DirecTV operations in a pact with buyout firm TPG. AT&T also agreed in December to sell its anime video unit Crunchyroll to a unit of Sony Corporation for $1.2bn.

And the company has parted with its Puerto Rico phone operations, a stake in Hulu, a central European media group and almost all its offices at New York’s Hudson Yards.

Stankey’s predecessor at AT&T, CEO Randall Stephenson, spent his 13-year tenure bulking up the company. He was obsessed with deals and kept a colour-coded roster of companies he wanted AT&T to buy, leading to 43 acquisitions.

But critics such as activist investor Elliott Management Corporation have complained about the strategy, urging AT&T to focus on its core business. And now that’s just what Stankey is doing.

In wireless services, AT&T is playing catch-up with Verizon, the market leader, and T-Mobile US, which became the second-largest carrier after gobbling up Sprint Corporation. Verizon has made its own efforts to slim down. The company agreed this month to sell its media division to Apollo Global Management for $5bn, a move that will offload online brands such as AOL and Yahoo.

The Discovery deal could give the combined company enough programming to compete with Netflix and other streaming services in a global battle over the future of entertainment. In 2019, Disney bought 21st Century Fox’s entertainments assets for $71bn, largely to gain enough muscle to constantly refresh its streaming services. It launched Disney+ in November 2019 and already has more than 100-million subscribers.

Both Discovery and AT&T’s media unit, WarnerMedia, have recently made their own forays into streaming. Discovery has debuted Discovery+, which has a vast array of unscripted reality shows. AT&T, meanwhile, has made a big bet on HBO Max, which launched a year ago and includes HBO programming and movies from AT&T’s Warner Bros studio. Both companies are quickly expanding their streaming services around the world.

Discovery and WarnerMedia also own a portfolio of cable channels that remain profitable but are losing subscribers as more people abandon pay-TV service and adopt streaming. And AT&T’s CNN is looking for new ways to maintain its audience after the busy news cycle of the Trump years. TNT and TBS have some general entertainment shows, but their most attractive assets may be their sports rights to air professional baseball, basketball and hockey. Discovery, meanwhile, has the rights to broadcast the Olympics and professional golf outside the US.

Combining such assets would be complex, as the two companies have numerous long-term deals in place with pay-TV companies. A merged company would also have to choose a leader between WarnerMedia CEO Jason Kilar and Discovery’s Zaslav.

The deal would be an acknowledgment by AT&T that it hasn’t delivered on the promise of owning distribution and media assets. The strategy has been criticised before, with analysts suggesting the two could be more valuable if kept separate.

Rich Greenfield, an analyst at LightShed Partners, has argued that AT&T and Comcast, the cable provider that owns NBCUniversal, should spin off their media assets and combine them in a new company. He has called the promise of owning distribution and programming “fool’s gold”.

On Sunday, Greenfield tweeted that he could “certainly imagine the secularly declining Turner assets merged with Discovery for scale”, but added that it was “harder to imagine” HBO Max and AT&T’s Warner Bros studio being part of a combined company.

At an investor conference last week, WarnerMedia’s Kilar defended the need for WarnerMedia to be owned by AT&T, saying the telecoms company had invested billions of dollars in HBO Max and broken down silos within the company to create a single operating unit. He added that AT&T’s phone and broadband customers were less likely to cancel if they got HBO Max, and many of HBO Max’s subscribers were AT&T customers.

Kilar irked the Hollywood establishment with his decision in December to release all of WarnerMedia’s movie slate on HBO Max at the same time the films hit theatres. But its recent movies have performed well at the box office, helping soothe concerns.

Kilar spoke about the growth strategy of WarnerMedia under AT&T in a Wall Street Journal interview published last week.

Now he may face a more daunting challenge: helping piece together a patchwork of media businesses to create an entity that can thrive in the streaming age.

Bloomberg News. For more articles such as this, please visit us at bloomberg.com

Apollo buys most of Verizon’s media division for $5bn

TikTok has begun working with merchants in the UK and other markets on ways to sell directly to millions of users within the app, sources say
Companies
5 months ago

Online concert trend could end music in the margins

Online concert trend could end music in the margins