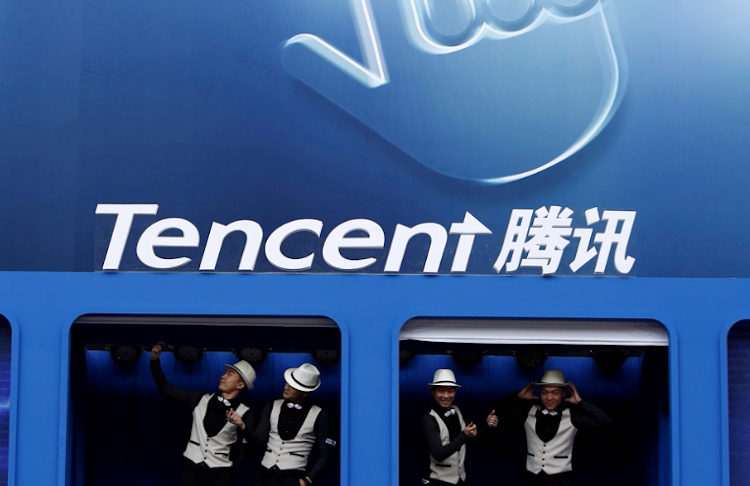 Beijing — Chinese financial watchdogs summoned 13 internet platforms engaged in finance business on Thursday, including heavyweights Tencent and ByteDance, to order them to strengthen compliance with regulations, the central bank has said.

The move by the four regulators is part of widening efforts by Beijing to rein in the country’s huge internet “platform economy”, which includes an ongoing antitrust clampdown backed by President Xi Jinping.

The country’s platform economy has grown rapidly and covers a  whole range of e-commerce activities from banking to shopping and food delivery.

“At the same time, some financial services are running without licences, and there are serious rule violations in areas such as regulatory arbitrage, unfair competition and damaging consumers’ interests,” it said.

The companies will have to set up financial holding companies if they meet requirements to do so, as Alibaba’s fintech affiliate Ant Group was recently forced to do, a move that tightens capital requirements.

They should also draft “business rectification” plans to comply with regulations, cut “improper” links between their payment tools and other financial products, break “monopolies” in holding data, and prevent risks in internet mutual aid businesses.

They should be more compliant with their issuance of asset-backed securities, and overseas listings, the central bank said in a statement after the meeting between regulators and the companies.

Tencent, of which JSE heavyweight Naspers owns just more than 30%, and ByteDance did not immediately respond to requests for comment.

Other companies targeted by regulators on Thursday include Du Xiaoman Financial, which is backed by Baidu, as well as Meituan, Ping An-backed Lufax, 360 DigiTech, Trip.com, Xiaomi and JD.com’s JD Digits.

None of these companies immediately responded to requests for comment.

Alibaba and Ant, the original targets of China’s squeeze on what was until recently a loosely regulated internet economy, were not among those named by regulators on Thursday.

Beijing’s crackdown on fintech was triggered by an October speech by Alibaba founder Jack Ma criticising the country’s regulatory system, which led to the scuppering of Ant’s record $37bn initial public offering that continues to reverberate.

“Tighter supervision is not only aimed at Ant Group, and the problems of Ant Group are definitely not an exception,” the state-run China News Service wrote in a Thursday commentary. “Many platform companies have irregularities to varying degrees behind their rapid expansion over the years.”

Earlier this month, China’s antitrust watchdog called in nearly three dozen internet companies to warn them to stop using any banned practices, such as forcing vendors to use their platform exclusively.

Companies, in a nutshell, may need to become less global

Companies, in a nutshell, may need to become less global