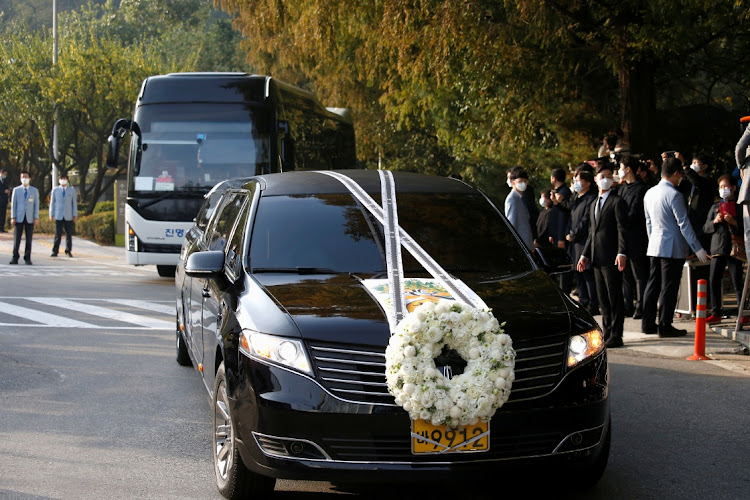 Seoul — The family of late Samsung Electronics chair Lee Kun-hee said on Wednesday they will pay more than 12-trillion won ($10.8bn) in inheritance taxes for his estate and donate his vast private art collection to state curators.

Lee, who is credited with transforming Samsung into the world’s largest smartphone and memory chip maker, died on October 25 with an estate valued at about 26-trillion won.

The Lee family’s handling of the hefty inheritance tax bill — one of the largest ever in Korea and globally — has been closely watched as it could have resulted in the dilution of the family’s controlling stake in Samsung.

There was also significant public interest amid calls for Lee’s $1.76bn art collection to stay in South Korea, and reports that the family planned to make a large donation to make reparations for Lee’s conviction on tax evasion and embezzlement charges more than a decade ago.

The family said they planned to pay the tax bill over a period of five years in six instalments, starting in April 2021.

“It is our civic duty and responsibility to pay all taxes,” it said in a statement released by Samsung.

Shares in Samsung C&T shares dropped as much as 5.5%, however, as the statement provided no detail on how Lee’s shares would be distributed, if any shares would be sold, nor specifics on how the family planned to fund the payments.

“There was general investor disappointment as no details about how the stakes will be divided were revealed,” said Lee Sang-hun, an analyst at HI Investment & Securities.

Investors will instead need to wait for regulatory filings to discover changes in shareholdings by Lee’s son and Samsung Electronics vice-chair Jay Y Lee or other family members.

The family had been discussing using shares in affiliated companies as collateral for personal loans to pay part of the tax bill to avoid the sale of their Samsung holdings, Reuters reported last week, citing sources.

Analysts have said the family is likely to use loans and dividends from both their own and Lee’s shares to pay the tax.

Samsung C&T is the de facto holding company of Samsung conglomerate, of which Jay Y Lee is the largest shareholder with 17.33% stake.

The heir is now halfway through a 30-month jail sentence for bribery and other offences. The presidential Blue House on Tuesday dismissed calls from some business lobby groups to grant him a pardon.

The family said the philanthropic donations from Lee’s estate would “uphold his legacy and contribute to the creation of a better society”.

Former culture ministers and art groups had earlier called for a new law to allow the family to donate the art in lieu of some of the tax bill.

Death of Lee Kun-hee fuels hope for reboot at Samsung

But his son, Jay Y Lee, is in two trials for alleged accounting fraud and stock price manipulation, and for his role in a bribery scandal that ...
Companies
6 months ago

The charismatic leader of Samsung and South Korea’s richest person, grew it into the country’s biggest conglomerate
Companies
6 months ago
Next Article