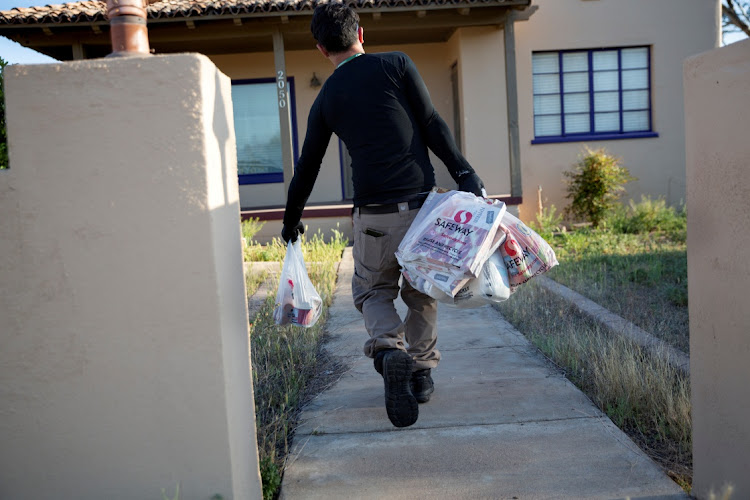 New York —  US grocery delivery giant Instacart announced a new funding round on Tuesday, lifting its valuation to $39bn and making the company one of the most valuable start-ups in the world.

Buoyed by a surge in demand for deliveries during the pandemic, the company raised $265m from investors including Andreessen Horowitz, Sequoia Capital and D1 Capital Partners, as well as Fidelity Management & Research and T Rowe Price Associates. The start-up had been valued at $17.7bn during its most recent funding round in November. Reuters reported then that Instacart had picked Goldman Sachs to lead its initial public offering (IPO) at an estimated $30bn valuation.

With its new valuation, Instacart leapfrogs Stripe to become the second-most-valuable start-up in the US, according to CBInsights data. Elon Musk's Space Exploration Technologies is the most valuable.

Instacart is the largest grocery delivery company in the US, according to research from Second Measure, controlling 46% of market share by last summer. But the company, founded in 2012, encountered challenges as well as huge demand during the pandemic. The sudden growth forced Instacart to rethink its business model, and it cut 1,900 jobs early in 2021, including its only union roles.

“This past year ushered in a new normal, changing the way people shop for groceries and goods,” Instacart CFO Nick Giovanni said in a statement, adding that the US grocery business is “still in the early stages of its digital transformation”.

With the new funding, Instacart plans to increase its corporate headcount by 50% in 2021, and expand projects including advertising, the company said.

Instacart said it is now available in more than 85% of US households and over 70% of those in Canada, and has partnerships with more than 45,000 stores.

It’s not just for the money, it’s the thrill of being involved with building a big name from scratch
Companies
1 month ago