Cyberpunk 2077 debacle more in tune with disasters of 2020 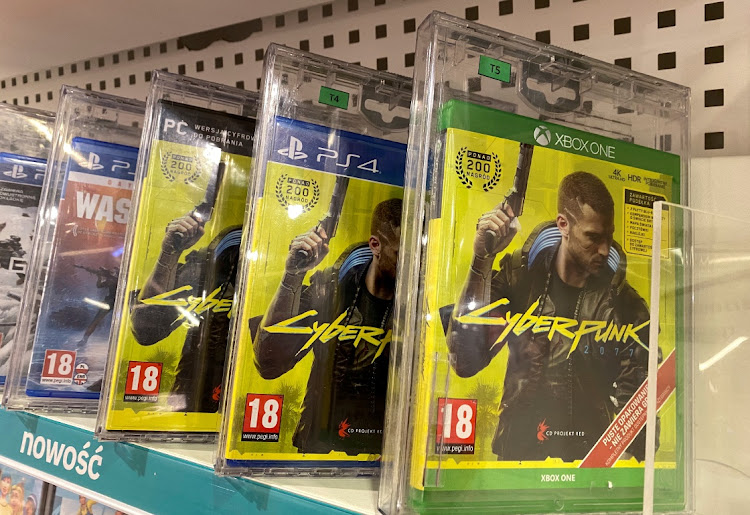 Despite its 2077 setting, this year’s biggest video-game release is turning out to be a disaster most befitting 2020.

The futuristic role-playing game Cyberpunk 2077 has suffered an ever-widening backlash in the days since December's hotly expected debut, due to troubles running on anything but the newest hardware. Shares in the Polish developer CD Projekt had risen more than 1,800% in the five years since the studio’s previous major title to this month’s pre-launch peak, only to then lose about 40% of their value in a fortnight, erasing almost $5bn in market value.

Initially expected to become one of the best-selling games of all time, Cyberpunk’s viability as a franchise starter and a moneymaker for years to come is at risk. Plagued by bugs that reviewers and gamers say make the game nearly unplayable on previous-generation consoles, its latest misfortune was Friday’s exceptional moves by Sony and Microsoft.

The Japanese firm decide to remove Cyberpunk from its PlayStation Store, triggering a further slump in CD Projekt shares, while the owner of Xbox offered “full refunds” to anyone who purchased Cyberpunk digitally from the Microsoft Store.

“Cyberpunk 2077 is the Christmas gift that keeps on giving negative surprises to console players and investors alike,” Matti Littunen, an analyst at Sanford C. Bernstein, wrote in a note on Friday. After cutting estimates for unit sales on the previous-generation consoles by 75% earlier this week, Littunen said “the extent of Sony’s frustration” still took him by surprise.

While the company this week apologised for the glitches and vowed to remedy the situation with major patches in the coming months, the timing of Sony’s block means the game will probably miss the lucrative Christmas season and faces an undetermined number of refunds.

Co-CEO Adam Kicinski said the studio stays in touch with Sony and is working to restore Cyberpunk to the PlayStation store. CD Projekt still intends to publish initial sales data this  week, but the “situation is very dynamic”, spokesperson Karolina Gnas said in an e-mail.

The extent of the share-price drop “shows that the hype was too big and it was very challenging to even match expectations”, said Andras Szalkai, a fund manager at Raiffeisen Kapitalanlage in Vienna. “Regional and local money will keep invested in the studio, but that’s not enough to sustain previous valuation.”

The Sony setback is a “PR disaster” and “very negative” as PlayStation 4 is the top-selling console of the generation with more than 113-million units sold, according to Adrian Kowollik, an analyst at AlphaValue, who on Friday cut his recommendation on CD Projekt to reduce. Console sales accounted for about 41% of Cyberpunk’s 8-million advance orders, Kowollik said.

Perhaps even worse than the short-term troubles, expectations for a multiplayer component that was seen prolonging the game’s lifespan and possibly providing some recurring revenue are now on hold indefinitely.

“The path, originally, was likely to see multiplayer launched in 2021 and massive online open world in 2022,” Neil Campling, an analyst at Mirabaud, wrote by e-mail, drawing parallels with Take-Two Interactive Software’s Grand Theft Auto V. “Forget those targets; the core has to be fixed first.”

The stock’s recent drop has taken its blended 12-month price-to-earnings ratio down to about 16 from more than 26 earlier in December, according to data compiled by Bloomberg. However, that may also partially be a result of earnings expectations that haven’t yet fully adjusted to recent events. Before Sony’s decision, nine analysts surveyed by Bloomberg had cut their first-year sales estimates by 14% to 25.6-million copies.

Still, the rocky start doesn’t necessarily mean all is lost. While CD Projekt faces an uphill climb to restore the trust of gamers, it has surmounted a similar challenge in the past.

“Next year will show whether the game may still be a success after bug removals,” Raiffeisen’s Szalkai said, noting that the studio’s previous hit The Witcher was also “full of bugs” at the start.

Publishers will press ahead with a hike they see as long overdue, but gamers are not impressed
Companies
7 months ago

SA braces for battle of the streaming giants

As new players join the online party, consumers of video streaming content are now spoilt for choice in SA
News & Fox
6 months ago
Next Article