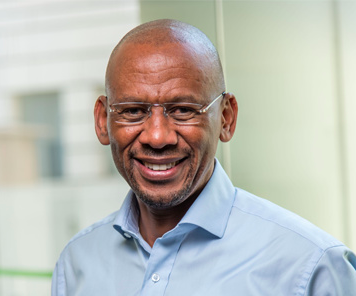 Teddy Daka, group CEO at technology firm Etion, has resigned with effect from the end of January 2021 after almost seven years at the helm.

On Monday, the group said Daka’s decision follows the strategic resolution by the board to dispose of its various operating subsidiaries and divisions as announced to investors at the end of October.

Last week, Etion told shareholders it has initiated an investigation into various options available to the group “to unlock value for its shareholders”.

“The board has, inter alia, entered into discussions to dispose of its various operating subsidiaries and divisions, which, if successfully concluded, may have a material effect on the price of Etion’s securities,” the group said.

Daka, who oversaw the group's rebranding from Ansys to Etion in 2018, was appointed to its top job in June 2013. Before this he served as non-executive chair since 2006. He will remain on Etion's board as a non-executive director.

A former Telkom executive, Daka is also the founder of Tedaka Investments, a company that has interests in various industries including telecommunications, defence, cybersecurity, consulting engineering, mining, property and railways.

The company also said businesswoman Snowy Khoza had resigned as chair of Etion's board with effect from the end of December.

Efforts are under way to find a new chair and CFO, the company said.

Etion’s loss widens as it adapts to weaker economic conditions

Digital services group expects headline loss to be as much as 1.1c a share
Companies
8 months ago

Listed technology group reports a loss of R2.9m for the year to March from a profit of R33.4m a year earlier
Companies
1 year ago
Next Article