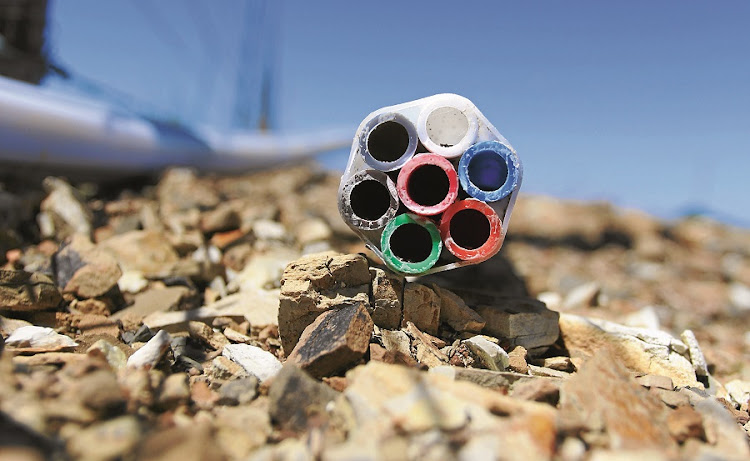 New York — Ciena, a  supplier of fibre-optic equipment in large networks, delivered a wake-up call to investors Thursday — falling the most in 19 years after warning that major customers are trimming their tech spending.

Shares of Ciena, whose equipment operates at the core of large internet operations such as phone companies and data centres, fell as much as 30% to $42.25 in their biggest intraday drop since August 2001, when many technology stocks were crumbling.

“Some large segments of enterprise businesses are suffering quite badly, especially areas like transport, hospitality, restaurants, etc,” CEO  Gary Smith said in an interview Thursday. “I think it reflects some caution on their part around spending and business initiatives.”

The comments echoed concerns that equipment making giant Cisco Systems  cited in August. Cisco was down 3.8% in New York on Thursday, while rival Juniper Networks lost as much as 9.2%.

With the virus forcing many employees to clear out of offices and work from remote locations, demand for networking equipment looked relatively secure. Use of videostreaming, teleconferences and online shopping have all surged with so many people working from home.

But Ciena’s warning showed telecom equipment is not completely isolated from the pandemic’s economic fallout and that major carriers are reducing spending to reflect less demand from their own customers.

“I think the investment community has been looking past all of that,” Smith said. The company’s largest customers, like AT&T, Verizon, Google parent Alphabet and Facebook, have not struggled as much as other companies during the crisis because their network services have continued to be in high demand.

“The overall demand for bandwidth is very strong, and while we aren’t immune to the overall economic recession, I think we are in a better place than most given the demand for bandwidth,” Smith said. “But personally, I think the general economy has not really absorbed all the gyrations yet of what’s going on.”

Facebook, Apple, Amazon, Microsoft and Alphabet sink between 5% and 7%, and Tesla drops for the third straight day
Markets
8 months ago