About 70% of all scripts processed in SA are dispensed using Unisolv, which BCX first developed in 1993 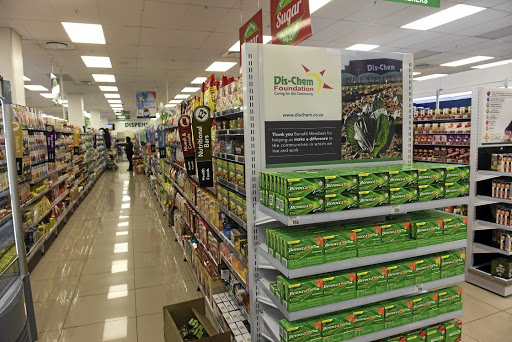 The high court has ruled in favour of Dis-Chem-backed technology company Vexall after Telkom subsidiary Business Connexion (BCX) sought to stop Vexall from being able to sell additional services for its pharmacy software.

In October 2019, BCX lodged a case at the high court against Vexall and a number of other parties alleging that Vexall had acted unlawfully by poaching BCX employees, its customers and unlawfully appropriating its intellectual property in relation to a computer programme called Unisolv — considered to be the industry-standard software for use by private retail pharmacies.

About 70% of all scripts processed in SA are dispensed using Unisolv, which BCX first developed in 1993.

Some BCX staff members involved in developing and implementing Unisolv resigned in 2019 to join Vexall. BCX claims the resignations were orchestrated, while Vexall says the workers were either retrenched as part of a substantial cost-cutting exercise, or resigned to seek job security elsewhere.

In its application to the high court, BCX had sought relief on allegations of collusion, solicitation, spring boarding and the use of confidential information against Vexall and most of its employees in addition to the enforcement of restraint of trade provisions against some of the Vexall employees.

On Thursday 22 May 2020, the high court dismissed the application with costs brought by BCX against Vexall and 47 other respondents, most of which are Vexall employees.

The court had found no evidence of unlawful conduct on the part of Vexall or its employees, after hearing the case virtually at the end of April.

In a statement on Tuesday, BCX said it had noted the judgment passed down by the High Court.

“As would be expected, we are disappointed by this ruling. We are currently studying the judgment and taking advice on the implications and effect of this judgment. We will decide on further actions, if any, once we have received the advice requested,” the company said.

The case before the high court is the latest chapter in a series of legal disputes between the two companies involving the Unisolv software.

In the same month that BCX approached the high court, Vexall had filed a complaint with the Competition Commission, alleging anticompetitive behaviour from the former.

The commission investigates abuse of dominant positions by companies and mergers and acquisitions. Once an investigation is done, cases are referred to the Tribunal which can make an order.

Back in February, the Competition Tribunal ruled in favour of Vexall to stop BCX from abusing its dominant position in the pharmacy software industry.

At the time, the tribunal said BCX is prohibited from selling or offering a licence for its “Unisolv” software on condition that a customer purchase value-added services from BCX.

The commission investigates abuse of dominant positions by companies and mergers and acquisitions.

Vexall had accused BCX, which holds the copyright to Unisolv of forcing its customers to purchase value-added services together with the software licence.

The Competition Act prohibits a dominant company from selling goods or services on condition that the buyer must purchase unrelated products.